Today at the tail end of its keynote, Microsoft announced two pricing decisions that were frankly surprising: Windows for devices that have a screen size of less than 9″ will cost nothing. Also, a future version of Windows for the ‘Internet of Things’ will be priced at zero. 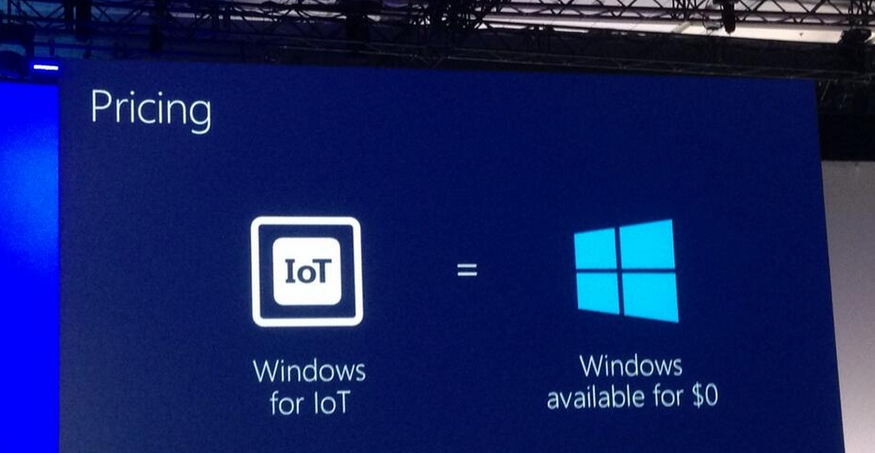 This means that Microsoft will not collect royalties from OEMs on Windows Phone handsets, or on small Windows 8 tablets. Not charging for Windows is a sea change for Microsoft. It’s a bet that spurring OEM support and competing on end-user price will help drive adoption of its platforms.

Despite purchasing Nokia’s hardware assets, Microsoft is focused on getting new OEM partners on board with Windows Phone. Those new partners may help it drive unit volume, a key challenge. Also by not charging for small Windows tablets, Microsoft opens up new price points for hardware running its code.

Part of Microsoft’s Update 1 work for Windows 8.1 includes support for very, very low-end devices with a mere 1 gigabyte of RAM, and 16 gigabytes of internal storage. If Microsoft charged the normal Windows OEM fee, the cost of the software would tower next to other expenses. Now, it won’t tower at all. It doesn’t exist.

This is Microsoft ripping off its past and fashioning it into a stick to push back against Android.