Pilots want to fly, but it’s expensive. People want to travel but it’s a hassle. AirPooler brings them together on its site where pilots can sell empty seats on private plane flights. This bootstrapped startup is launching today with availability on flights out of the Bay Area and San Diego, and gave TechCrunch the exclusive first look at collaborative consumption in the sky, and whether it can be done safely.

Here’s how AirPooler works. Pilots choose a date and itinerary for a trip, say Palo Alto airport to South Lake Tahoe. They enter the type of plane, the number of available seats, and their pilot’s credentials and experience. AirPooler calculates the price per seat by dividing the total flight’s fuel, airport tax, and hangar cost by the number of passengers (pilot included). AirPooler lists the available seats and accompanying info on its site, and anyone can book a spot.

Passengers choose from the available flights, enter their weight plus luggage, and a request is sent to the pilot. Once a pilot accepts, the passenger receives contact and arrival details for meeting the pilot at the airport. After the flight, any unforseen costs such as fuel for idling on the runway are added, and the passenger’s payment details on file are charged.

Law prohibits private pilots from profiting from passengers so you only pay for your share of the cost of the flight plus a 20 percent fee to AirPooler. The Federal Aviation Administration also bars private plane pilots from advertising flights, which is why AirPooler is careful to never promote any specific flights. It’s hired as its general council the former assistant chief council of regulation of the FAA to make sure it doesn’t break the law. “We’re confident that what we’re doing is legitimate”, AirPooler’s CEO and co-founder Steve Lewis tells me. If that’s true, only time will tell. Investors and pilots might want to hold off until they get more assurance the FAA won’t come to shut down the startup and suspend people’s pilot licenses. 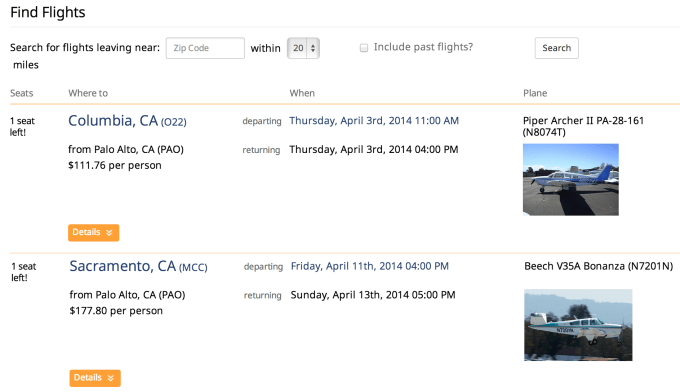 Breeze Past Airports And Traffic

So why the hell would you want to get in a stranger’s airplane? Because the alternatives, namely driving and commercial air travel, can be a nightmare. By air you have to deal with checking in early, security, delays, cramped planes, and airports that may be far from where you want to go (you have to fly to Reno, not Tahoe). By car it’s slow, there’s traffic, some one has to drive, and someone has to stay sober to drive. Plus, unless you book far in advance, AirPooler expects to be cheaper than commercial air travel, similarly priced to driving but faster, and offer a unique experience. 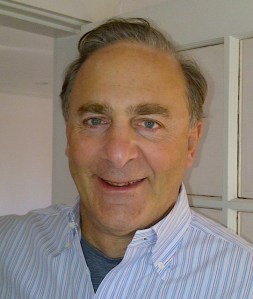 Co-founder Steve Lewis knows flight pricing. After getting a PhD in political economy from MIT, he worked at ITA software, the pioneering flight search engine later acquired by Google. He admits he’s no designer, but he built a roughshod private plane-versus-driving comparison tool into AirPooler (though its driving cost estimates seem a bit high).

It says to fly from Palo Alto to Tahoe using AirPooler it would take about an hour and cost $50. Flying commercial you’d have to pay $129 from San Jose or $329 from San Francisco for the hour flight if you booked a week-and-a-half ahead. Driving would take 3.5 to 4.5 hours and cost $35 in gas. To fly from Denver to Aspen, Colo., would cost about $100 per person one way on AirPooler. Right now, if you booked two weeks ahead on commercial, it would cost about $325, or you’d have to drive 198 miles for 3.5 hours which would cost $35.

The sweet spot for AirPooler is regional travel. These little propeller planes are not going to get you across the country. And they’re definitely noisy and bumpy. But they’ll get you 400 to 500 miles to and from Palo Alto or San Diego. AirPooler is eyeing Boston, Arizona, and Florida as its next markets, and hopes to show some traction before raising a round that could improve its crummy-looking site.

Fighting For A Different Type Of Cloud

AirPooler faces some fledgling competition from other air travel startups. Positioning itself as an alternative to driving makes it different than Blackjet, the attempted (and reportedly floundering) on-demand private jet service that supports much longer flights. Blackjet charges a $2,500 yearly membership fee, seats are pricey ($6,000 for Palo Alto to Tahoe), you have to request a quote before seeing the price, and there are reports of limited availability.

AirPooler’s on-demand model also sets it apart from Surf Air, which offers monthly all-you-can-fly memberships for flights between Palo Alto, Monterey, Santa Barbara and Los Angeles. Surf Air is a great deal for frequent business travellers going up and down California, but it’s much more rigid than AirPooler. 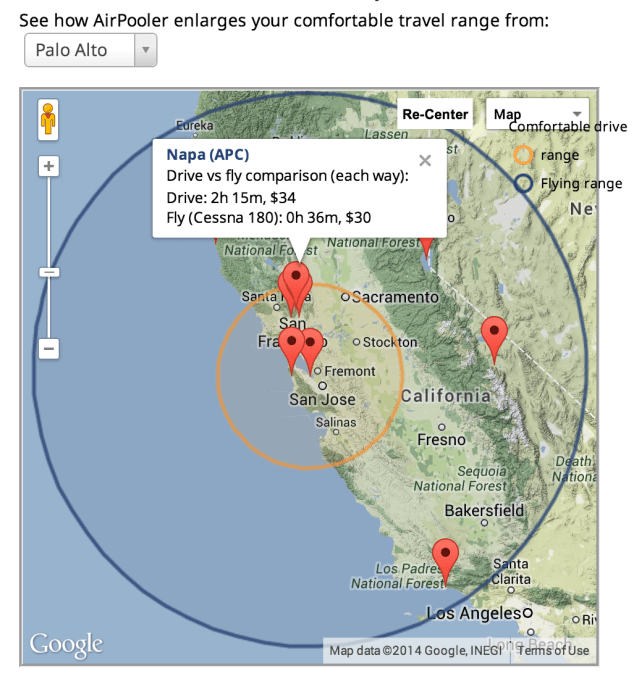 You might assume getting pilots to offer their empty seats might be tough. Some boat owners have been apprehensive about renting out their babies on Boatbound, the “Airbnb of boats though it’s still gaining traction. Similarly, pilots might not want to risk any issue with FAA regulations. But Lewis says private plane pilots are eager to join, and word is spreading fast in the tight-knit community.

There are already 2,000 pilots in the system, and the majority he talked to said they’d offer seats on AirPooler because it would help them recoup the costs of their hobby. Fifty-five percent of pilots in a small survey in Boston said they’d even add additional flights to take AirPooler passengers. And there are a lot of them. The Bay Area has between 15,000 to 25,000 amateur pilots and another 15,000 commercial pilots who fly their own planes in their off hours. And nationwide there are around 20 million passenger seat hours in private propeller planes that go unused each year. If traction grows with pilots, Lewis says there could be hundreds of flights a day out of the Bay Area.

Lewis admits the core challenge will be gaining consumer mind share and convincing them AirPooler is safe and simple, which it might not be. This is a “use at your own risk” startup.

While most pilots’ insurance covers all their passengers, people are probably less worried about getting paid if there’s a crash as they are about surviving. Luckily, prop planes are relatively safe compared to other transportation methods, and the planes can glide back to the ground in case of an engine failure. Still, accidents are most common with pilots with fewer than 100 hours of experience.

I’d encourage AirPooler passengers to look closely at their pilot’s credentials and only book with seasoned aviators, because the startup merely requires a minimum pilot’s license, doesn’t personally screen pilots, and doesn’t flag them for lack of experience. That seems a bit irresponsible to me. Some kind of warning on rookie pilots would help. Lewis confesses “I wouldn’t jump in a plane with someone who just got their license yesterday.” At least  AirPooler eventually hopes to let flyers review their pilots to weed out any wackos. 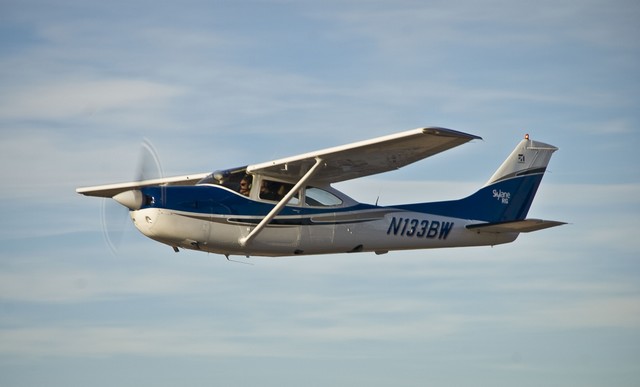 The travel market is huge and if AirPooler can get to cruising altitude, it could earn a lot of money. That’s a big “if,” though. While most people feel comfortable in an Uber or Lyft even though driving is dangerous, there’s just something a wee bit unsettling about being thousands of feet up in the hands of a stranger. Conveying a sense of safety should be AirPooler’s top priority, the way it became for Airbnb after the vandalism scandal.

With fears calmed, AirPooler could open up private air travel to a wider income bracket and increase the range people can affordably travel on weekend trips 9X over driving. As more of our formerly prized possessions like albums and photos get digitized, society is putting a higher and higher value on experiences. What startup can offer you something as memorable as sitting shotgun in a propeller plane as you zoom over highway traffic towards your getaway destination?