There’s a new contender for Android top dog on the market, and it’s the HTC One (M8), the latest from the Taiwanese firm. This metal-clad unibody slab inherits the good looks of its predecessor, last year’s HTC One (retroactively referred to as the M7), but refines the look and adds a lot of significant software changes, too. It makes the new One a great device, and well worth a look as your next device.

The HTC One (M8)’s best feature is its design. No other company does a better job of highlighting, and distancing itself from the sameness of the plastic rectangle take on the Android smartphone than HTC. It has more in common with Apple than with any other Android OEM when it comes to the look and feel of its latest phones, and the new M8 is no exception. But it also manages to distinguish itself enough to avoid any accusations that it’s simply “copying” the iPhone maker.

The version I reviewed came in the new gunmetal gray finish, which features a faintly striated finish not unlike those you’ll find on many stainless steel home appliances. It’s a good look that stands out from other metal finish devices, and it feels nice and smooth in the hand without being overly so and prone to slipping. The new all metal enclosure includes wraparound sides, which is an improvement both visually and in terms of ergonomics to the plastic border on the M7 from last year. Kudos, too, to HTC on integrating a removable microSD card storage tray without making sacrifices in terms of the unibody metal enclosure.

Despite the fact that the M8 is quite a bit larger than the M7, more rounded edges make the newer phone still feel fairly pocketable and hand-holdable. Overall, this phone’s design is an impressive achievement, right down to the absence of the annoying Beats Audio logo that cluttered up the back of last year’s HTC One in the interest of hollow marketing rhetoric.

The HTC One (M8) launch was as much about Sense 6.0 as it was about new hardware. The latest version of Sense, HTC’s UI customization of Android, offers improved BlinkFeed, new unlocking features for the phone, a better, more social integrated TV remote and more. It’s an improvement to one of the better third-party Android customizations out there, and it actually makes using the One more pleasant, which is saying a lot considering I generally prefer stock Android.

Whereas stock Android KitKat 4.4’s launch brings up Google Now when you swipe to the far left screen, BlinkFeed comes up on the One (M8). I thought that would bother me, but actually I find myself using the social and news stream more often than I thought I ever would. It provides a good, Flipboard-style overview of highlights from all of your sources, including connected Facebook, Twitter and other accounts, and it’s a nice replacement for typical waiting room fodder like newspapers and magazines.

Motion Gestures are also new to the One (M8), but these are more of a mixed bag. I love being able to swipe up to unlock the device, and double-tap to view the lock screen, rather than using the hardware sleep/wake/power button exclusively. But I also find that it’s sometimes possible to accidentally trigger the screen when removing the phone from a pocket or bag, making potential modern equivalents of butt dials a real possibility.

Motion Gestures also turns the volume down button into a dedicated camera button, launching directly into that app when the phone is lifted up and held in landscape mode. This is also handy, but I’d rather it was more consistent in terms of how it’s triggered (like any time the volume button is held down, not just when held in landscape after lifting). 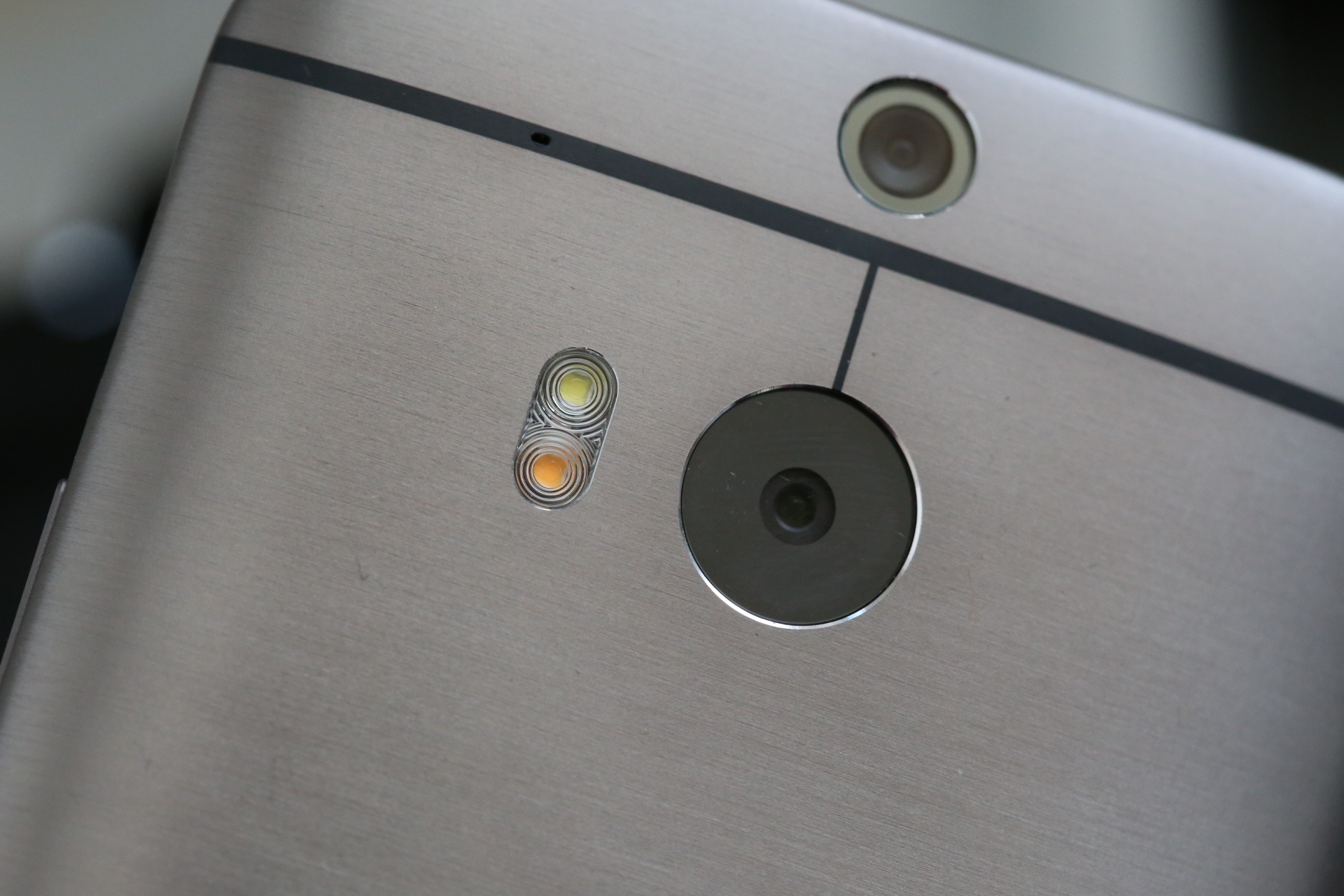 Speaking of the camera, that’s another big new area of improvement for HTC with this device. They’ve changed the hardware, and introduced the ‘Duo Camera’ twin imaging sensor. This allows it to perform some neat trips determining background from foreground, and applying filters to different parts of the image. There’s also the ability to refocus images after they’re taken.

These features are neat, but mostly just that; few feel like definitive advantages that provide a reason to use the One above any other devices. Images from the rear camera are good, too, and look great on the phone, but they don’t have very high resolution (the images are combined from two 4 megapixel sensors into one, roughly 4 megapixel composite) compared to the rest of the competition. HTC says it’s not focusing on the megapixel race, however, and so long as you’re looking for social and digital sharing, the camera should suit you very well.

First of all, it’s true that some have called out HTC for doing some tricks around benchmarking tests. But let me say right away, I could not care less about benchmarks. They provide a number that’s useless to most smartphone buyers, and abstract in the extreme. Instead, I’ll judge the M8 on its performance in apps and on websites I use regularly.

Simply said, the One (M8) is a top-notch performer relative to other Android devices, and handles home screen UI navigation as well as apps and image-rich websites with ease. Animations are smooth, media playback is good, and HD resolution video looks great on the smartphone. For your average smartphone buyer, there’s nothing in terms of performance that will give anyone any reason for pause.

The speakers on the One (M8) are HTC’s trademark BoomSound audio devices, and they work well. I spent a fair amount of time watching Netflix on the HTC One (M8) at my desk while working on other things, and found both video and audio quality surprisingly enjoyable, given that these are built-in smartphone speakers we’re talking about. I still think there’s no real reason to listen to audio on a device’s built-in speakers, but if you have to, HTC is leading the field.

Call quality was excellent, even when used with the Dot View case, and the included headphones are also good, and better than the stock iPhone ones. Network performance was strong, both on Telus’ LTE network in Toronto which is what I was using to test, and on Wi-Fi. The M8 fares especially well on 802.11ac networks, which my home network is, and I experienced speeds comparable to those on my workstation Mac for Wi-Fi communication. 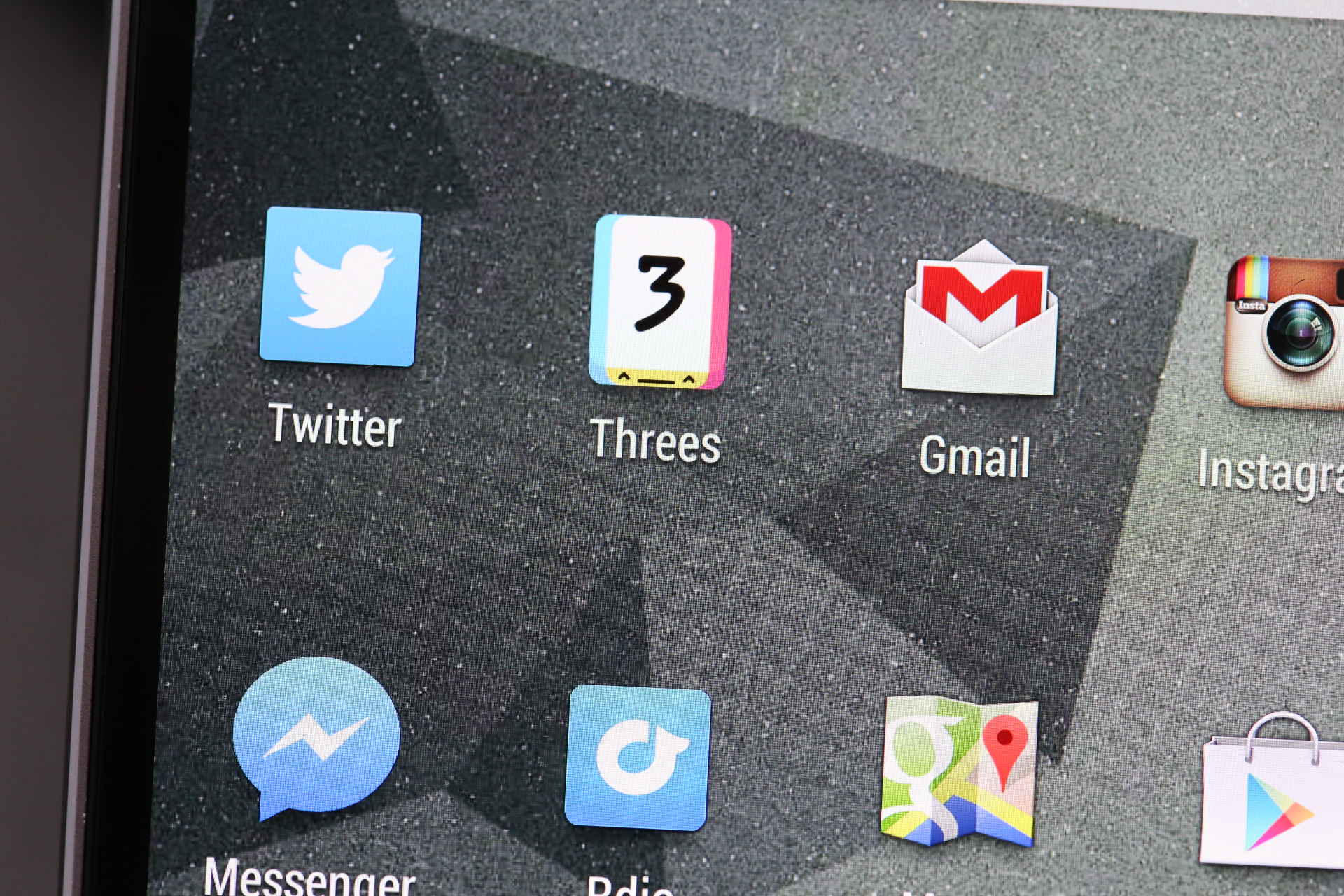 The screen on the HTC One (M8) is a 5-inch, 1920 x 1080 screen, with 441 pixel density. It’s absolutely one of the best smartphone screens in the business. HTC’s screens are generally my favorite in terms of color balance, tone, contrast and other key display metrics, and this one is no exception. Tones are very slightly cool, and the rendering of text and graphics is absolutely crisp.

HD quality video looks terrific on the 1080p Full HD screen, which makes the One a great device for watching video while you wait or during the commute. The one problem in this regard is that its edge-to-edge design creates some issues with respect to one-handed use. When reaching across the screen to hit touch points on the far side, I found the meat of my palm would accidentally trigger the touch sensor on the other edge, making it miss detection of the actual intended input on a few occasions.

The HTC One (M8) offers a special extended battery life mode for drawing out those last remaining bits of power for as long as is possible. In practice, this does offer a bump, and a considerable one, by intelligently and selectively disabling and enabling services on your phone as needed; it’s a little like the difference between a conscientious home owner and one who values convenience above all else – Extreme Power Saving Mode is the diligent one, happy to turn things on only when they want to use them, and the standard operating mode is the power glutton, who’d rather have everything on and ready to use at all times.

Even without the special mode, battery life on the HTC One (M8) is strong, and lasts about as long as a full charge on its predecessor. The mode was included for a reason, however, and if you’re using it heavily throughout the day, you’ll appreciate the extra juice you get from flicking it on with say, 10 percent remaining.

The HTC One (M8) debuted alongside a special new case for the smartphone, the Dot View case; this accessory offers a rubberized, perforated cover connected to a back shell for whole phone protection. The front cover offers passthrough touch input support, and displays notifications, time and weather using a dot matrix-style point display lit up by the phone’s LED. 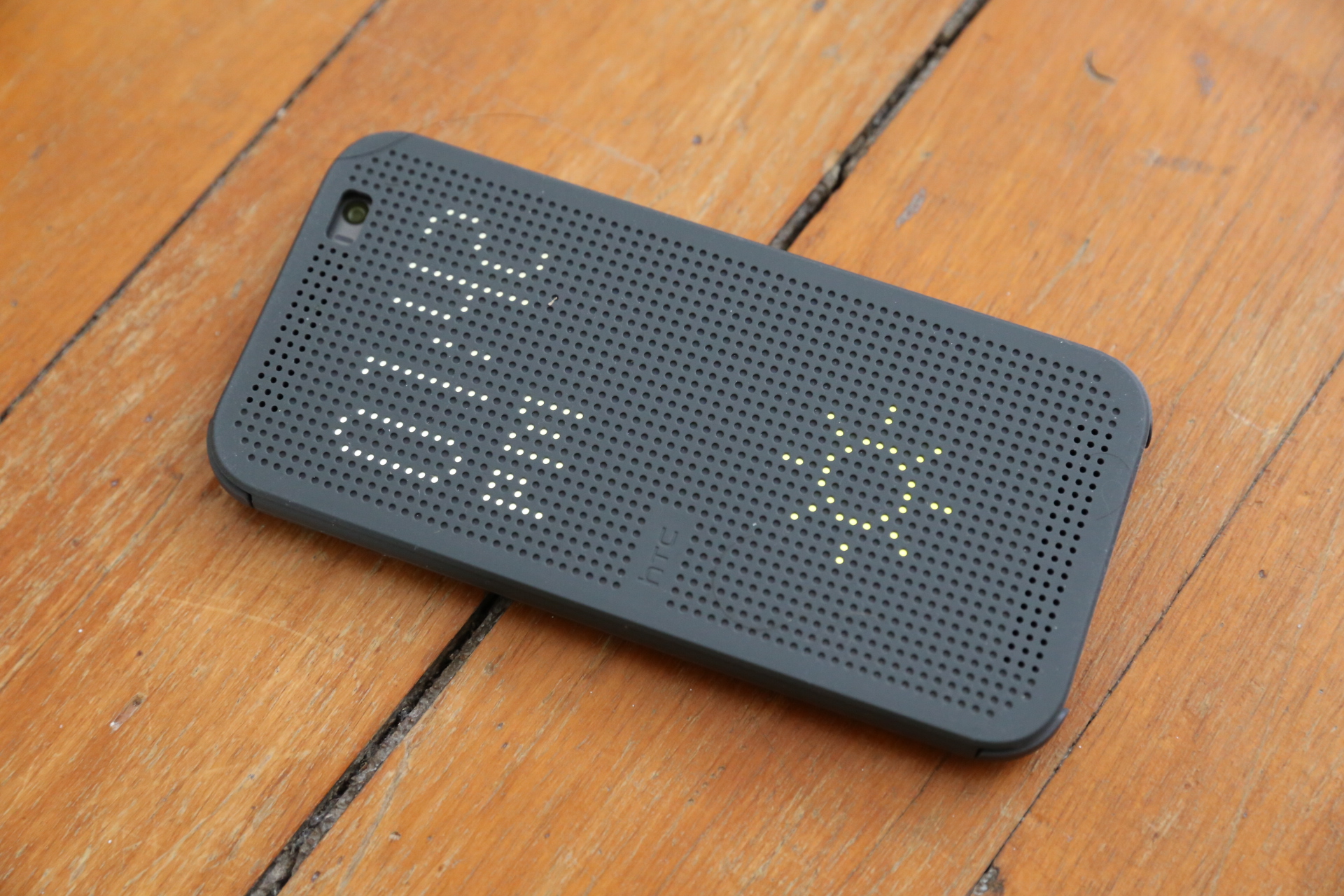 It’s a cool accessory, and you can even answer phone calls through it without ever opening the cover, but it’s not without its flaws; using the phone with the case on and the cover open can be a challenge, especially if you want to do anything one-handed, as the front flap doesn’t fold snugly to the back. It’s virtually impossible to thumb type in this manner, but if you’re happy two-handing, and you appreciate the retro-chic, it’s a fun and original add-on.

The HTC One (M8) is currently my favorite Android smartphone. It replaces the Nexus 5 and HTC One in that spot, as both of last year’s phones jockeyed for top billing as my preferred device before. Why does the new One unseat them? The screen, for one, but also the industrial design; Android phones can dance with specs and software all they want, but they’re strikingly similar when you get right down to it. HTC, and its peers, have nailed the basic smartphone experience, and design is one of the few places where extra effort really shows; HTC has put in that effort, and deserves the reward of high praise for having done so.