Android apps are about to get cleaned up. That is, if the recently added changes to the Google Play Developer Program Policy are actually enforced. Google this week updated its policy that dictates to app developers what sort of content their apps are permitted to display, with a number of rules designed to crack down on shady and deceptive ads.

In addition, the changes put the onus on the developers themselves to make sure that no ad networks or affiliates they’re using for app promotion purposes are engaged in these practices.

The majority of the changes are detailed in a new section of the Google Play Developer Program Policy called “App Promotion,” which reads as follows:

Apps published on Google Play may not directly or indirectly engage in or benefit from the following behavior:

It is your responsibility to ensure that no ad network or affiliate uses such methods to direct users to pages that make your app available for download. 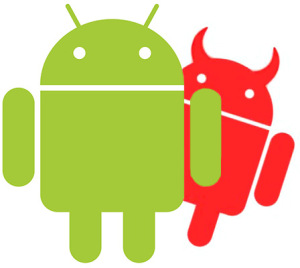 In other words, app developers are not permitted to fool users into downloading apps by simulating a system dialog box – a nasty trick that has been around the web for eons, most memorably perhaps with web-based pop-up ads designed to look like Windows dialog boxes, warning users of system errors or malware infections. Those same tactics today continue today on Android, too, except this time around, the system being simulated is the Android OS, not Windows.

Another change regarding advertising warns developers about an ad’s context, reminding them again that:

Ads must not simulate or impersonate the user interface of any app, or notification and warning elements of an operating system. It must be clear to the user which app each ad is associated with or implemented in.

This line is also warning ad networks, who are often at fault for these deceptive behaviors.

Apps are also no longer allowed to use the smartphone’s SMS functionality without getting explicit user consent. That’s something many app developers take advantage of today on both Android and iOS, actually – they often send out text messages as a way of building up an app’s initial audience through forced viral effects. (Sometimes it almost works.)

Though Apple has enforced stricter policies on this matter by way of its app review policy, a number of iOS apps, too, have made their app’s user interface just confusing enough that users would accidentally give consent, and then unknowingly spam their friends. On Android, however, some apps wouldn’t even bother with tricking users into consenting – they’d skip right to the spamming.

A few other sections of the content policy have been clarified, including those referencing sexually explicit material, and those banning dangerous products and other changes to the system interface.

(Finding a non-pornographic screenshot for the search “sexy” on Google Play was nearly impossible!)

This revised wording seems to leave a loophole for educational material related to sexuality, possibly allowing for the more instructional, as opposed to smutty, Kama Sutra apps, for example.

Another change in a different section says that app developers must be clear when they’re using in-app purchases to generate revenue, explaining to users which features require an additional charge.

Finally, apps are also banned not only for containing viruses, worms and other malware, but also for simply linking to them, as well as for modifying browser settings, which is now a system interface change banned alongside adding homescreen shortcuts, bookmarks or icons.

Google is alerting developers to the change via email, giving the a couple of weeks to unpublish their app and resubmit it before these apps are banned:

Any new apps or app updates published after this notification will be immediately subject to the latest version of the Program Policy. If you find any existing apps in your catalog that don’t comply, we ask you to unpublish the app, or fix and republish the app within 15 calendar days of receiving this email. After this period, existing apps discovered to be in violation may be subject to warning or removal from Google Play

The full text of that emailed letter to mobile app developers is here.