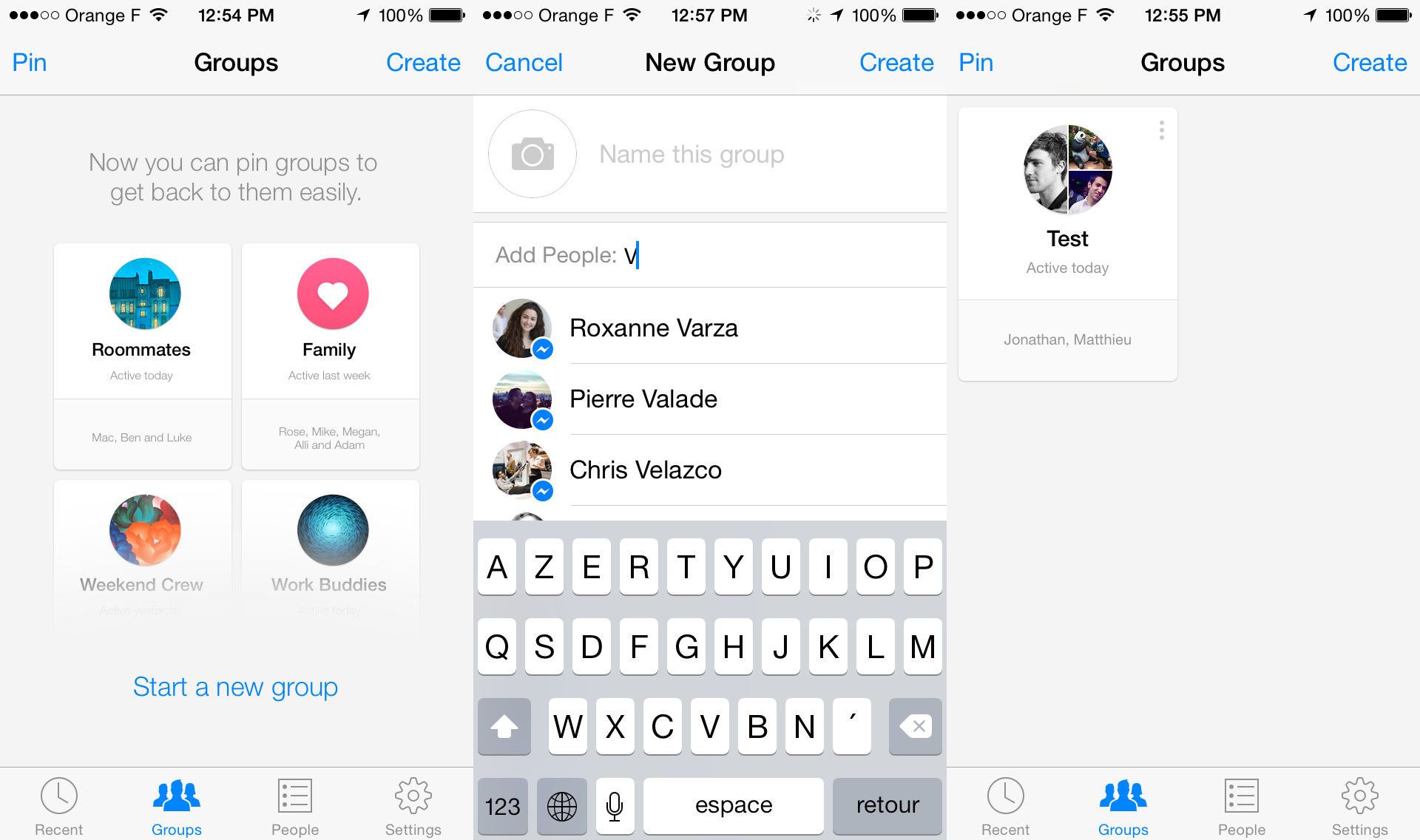 Facebook is gradually rolling out an update to its Facebook Messenger app for iOS and Android. Users will see a new dedicated “Groups” tab for group discussions. Instead of mixing one-on-one conversations with group discussions, you can pin permanent group discussions in a separate tab.

You can also pin existing group discussions or start a new group from this screen. When you create a group you need to enter a list of people, a picture and a name. After that, you can start chatting right away. As group chats can often become too noisy, you can mute conversations for an hour, for the night, or until you turn notifications back on.

Following WhatsApp’s acquisition, it looks like Facebook is still working on Messenger to make it better. As the group messaging features in other messaging apps are often a key strength, making the group experience a bit better in Facebook Messenger will help the company retain its users.