Engaging design, marketing, and a solid user acquisition strategy are all key to making a successful app. But an app’s reliability often depends on factors beyond its developers’ control, according to a new report by Crittercism.

The company, which makes an app performance management and error monitoring system, found that an app’s performance, including how often it crashes, is strongly influenced by things like the cloud services it uses and regional network carriers.

To remain competitive, apps needs to respond to user requests within one second and crash less than 1% of the time. But according to Crittercism’s Mobile Experience Benchmark report, 47% of apps crash more than 1% of the time and 32% have a crash rate of over 2%.

The report uses data Crittercism gleaned from processing over 30,000 requests per second from one billion mobile users in real-time, and offers insight into response times among different cloud services, operating systems, and geographic regions. (An important thing to keep in mind about its findings is that Crittercism’s customers are actively trying to optimize the performance of their apps.)

“There are a 100 million factors that affect the performance of a mobile app. As new mobile platforms such as wearables grow in adoption, the challenge to provide a consistent, high-quality experience to users will be even more difficult and mobile teams need purpose-built solutions to manage overall app performance,” says Rob Kwok, CTO of Crittercism.

In general, gaming apps crash twice as often, or 4.4% of the time, as any other category. The second highest crash rate, or 1.8%, is among media, photo, and video apps. Both categories are less stable because they are graphics intensive. E-commerce apps enjoy the lowest average crash rate, or 0.4%. 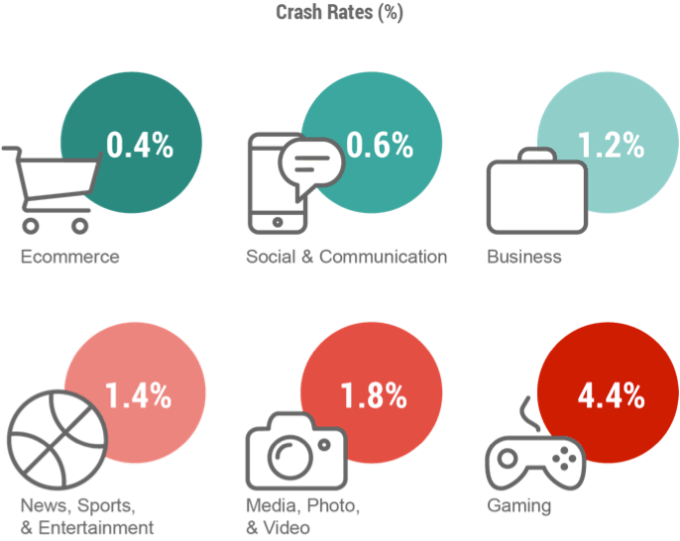 How apps perform around the world

Crittercism found wide disparities between app performance in different countries and regions. Interestingly, Canada and Japan have the fastest response times. In fact, Canada’s response time is 0.8 times that of the U.S. China, Australia, and European users also experience speedy response times on their mobile devices.

Unsurprisingly, average app response times are slower in emerging markets such as the Middle East, Southeast Asia, and Africa. But apps are the slowest in India, with an average response time more than twice that of the U.S. 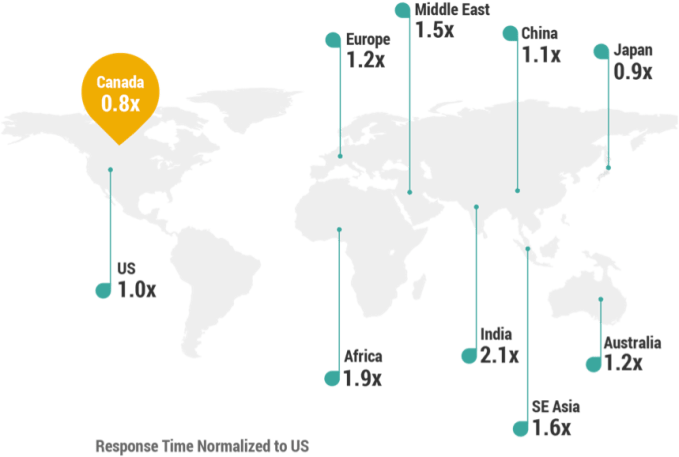 “Be prepared to deal with regional wireless networks and latencies,” says the report. “App owners should optimize apps and architectures (i.e. Content Delivery Networks and regional data centers) to account for geographic variance in response times.”

Crittercism says that the average app now depends on six cloud services, such as Facebook for logins, Amazon Web Services for storage, and Flurry for analytics. 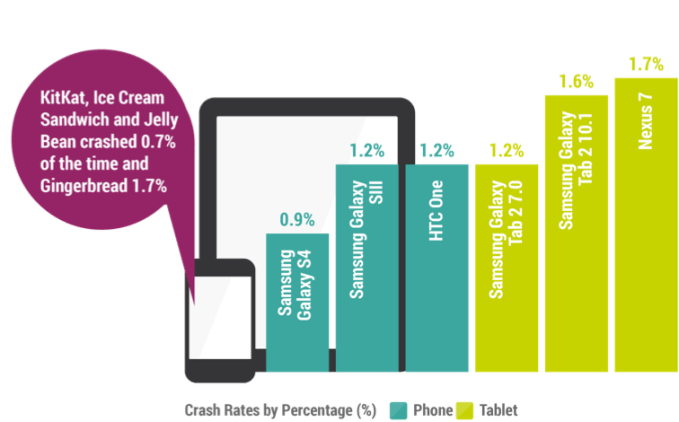 In general, iPhones and Android smartphones are much more stable than their tablet counterparts.