You have exactly four days, depending on how much sleep you require, to apply to the TechCrunch startup Pitch-Offs happening in Boston and Los Angeles on April 8 and April 10, respectively.

And if some part of you is blowing me off right now, thinking that this isn’t a big deal, you’d be pretty seriously mistaken. After all, if these Pitch-Offs weren’t a big deal, then would we have two of the biggest names in tech startups joining us for onstage interviews: L.A.-based Michael Heyward from Whisper and Formlabs CEO Maxim Lobovsky in Boston?

That’s what I thought.

In case you have no idea what I’m talking about (but are smart enough to realize how big of a deal all this is), let me explain.

The TechCrunch Meetups are small events, wherein people from various cities gather together under one roof to network, drink beer, and enjoy a really awesome Pitch-Off competition. Companies selected for the pitch-off (apply here for Boston and L.A.) have exactly one minute to pitch their product without any visual aids or demoes of any kind, and are then judged by a panel of experts, including local VCs and TechCrunch editorial staff.

First-place winners receive a table in Startup Alley, while runners up get tickets to the Disrupt NY show in May.

Plus, all the companies chosen to participate in the Pitch-Off get a quick, in-person meeting with a TechCrunch writer/editor to discuss their product and work on their pitch before the big show.

If this sounds like an event you’re interested in attending, you need to buy tickets now. I know what you’re thinking: “These events are weeks away — why would I buy tickets now?”

Well, if you buy tickets now you’re getting in on our super early-bird deal. Tickets cost $5 until Monday, March 31, at which point they’ll go up to $10. During the week of the events, starting April 7, they’ll cost $15. Do yourself a favor and save some money.

You and I both know you’ll show up anyway, so you might as well get a discount.

Just before the Pitch-Off begins, we’ll do a quick, onstage interview with some of the biggest startups in each city.

In Boston, where engineering is at the top of its game, we’ll be joined by Formlabs CEO Maxim Lobovsky. 3D printing is all the rage right now, and Formlabs has been killing it with a product very different from the Makerbots you’re used to.

In L.A., Whisper reigns supreme as anonymity reaches a boiling point. Michael Heyward, Whisper CEO, and I will discuss what it takes to make it big in L.A., how to grow a business outside of Silicon Valley, and plenty of other interesting tidbits around the theme of anonymity. 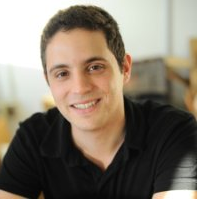 Maxim Lobovsky is a co-founder of Formlabs, the manufacturer of the Form 1, the first desktop stereolithography 3D printer. Since debuting in 2012 as the largest-funded Kickstarter project in the “technology” category, the Form 1 has won numerous design and innovation awards and defined a new class of 3D printer.

Maxim first started working on 3D printing with the Fab@Home project as an undergraduate at Cornell University. He continued his work in personal digital fabrication while obtaining his Master’s degree at the MIT Center for Bits and Atoms. 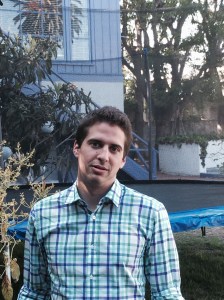 Serial entrepreneur Michael Heyward co-founded Whisper with Brad Brooks in 2012 with the mission of giving people a place to freely and authentically express themselves. Whisper is one of the fastest growing mobile-social apps, generating over 3.5 billion page views per month. Prior to Whisper, the LA native worked in different roles related to consumer-based marketing at startup TigerText.

As a teenager, Michael was an avid Formula One Racing fan and secured the United States commercial rights for the sport. Today in his free time, Michael spends time with friends and family, contemplates how Star Wars applies to real-life scenarios, and hosts themed parties at the “Chamber of Secrets” aka Whisper Headquarters in Santa Monica.

There is a lot of information here, all of which is (I repeat) a big deal, so let’s recap:

Along with our wonderful sponsors, who make these events possible, we also offer the opportunity for startups to purchase demo tables at the event. If you’re looking to get the word out about your service, or recruit young talent, or perhaps just network with important people in your local area, a demo table is definitely the way to go. Plus, startups who purchase demo tables are also given Office Hours slots with TechCrunch editors.

Something to think about.