I spoke to Instacart this morning about the New York City addition, which it described as something of an evolution. Each city is unique in its makeup, design, weather and so forth, but it seems that New York City is more unique than other municipalities. To serve the market, Instacart employs a blend of people on foot, bike and car to serve the neighborhoods that it has picked as first roll-out zones.

Those ‘hoods are as follows: 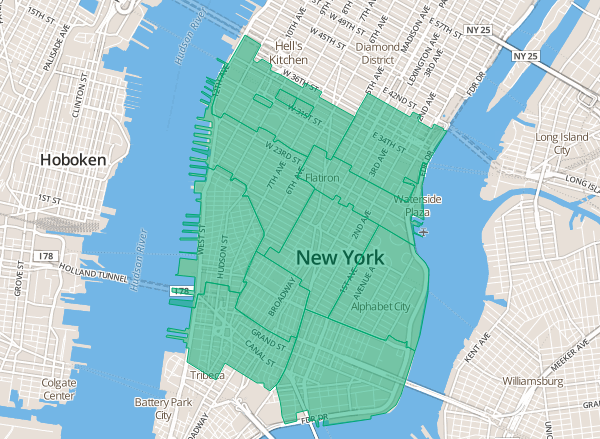 I won’t sound silly and try to to tell you what the names of those parts of Manhattan are. Users will be able to buy from Whole Foods at first.

Instacart told TechCrunch that its revenue has risen 2.4X in the last two months. According to its own math, Instacart has grown more in those two months than it did in the preceding 20 months. Given that I am not privy to their internal metrics, I can’t vet that data point.

Why is the company growing so quickly? I’d hazard that its expansion into new markets is driving top line for the company. Growth in one market is only so good when stacked next to growing in a number of locales. The company plans to be in 10 markets by the end of 2014, as I’ve previously noted.

Instacart’s unit economics remain occluded, as the private company doesn’t want to offer a peek. But, given its recent growth, if its margins are intact, Instacart is having a fine start to the year.

IMAGE BY FLICKR USER lord enfield UNDER CC BY 2.0 LICENSE (IMAGE HAS BEEN CROPPED)