Especially in light of its impending IPO, understanding what Box is up to matters. Let’s dig in.

Financial quibbles aside, Box has grown quickly in terms of product usage. According to the firm today, there are now 35,000 developers working with Box in one form or another, and the company has now served 1 billion third-party API calls. It has also seen a 292 percent year-over-year growth in usage of third-party Box apps.

Not that any of that is surprising — cloud file storage and enterprise collaboration are growth industries.

Box has been growing its revenue at a quick rate using a per-seat pricing model. Today it introduced a new pricing schema for its Content API. The company, in a blog post, called the new prices a response to companies using Box’s APIs at scale. This could be an important revenue driver for the company. 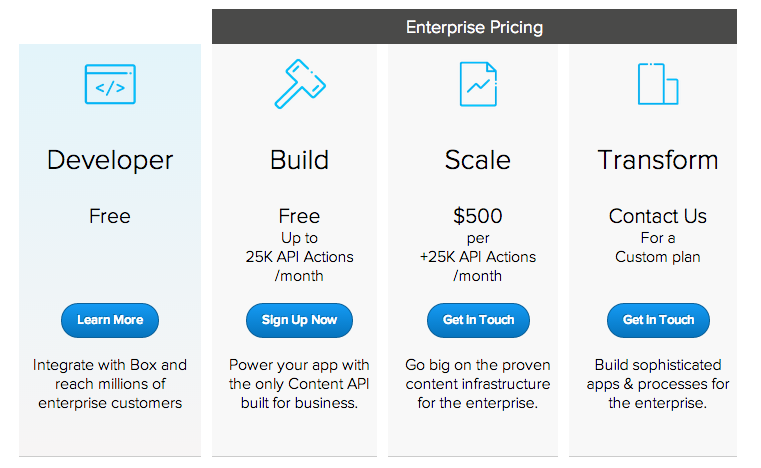 On the subject of pricing, here’s what Box will charge for Box View, a new service that leverages the company’s past acquisition of Crocodoc: 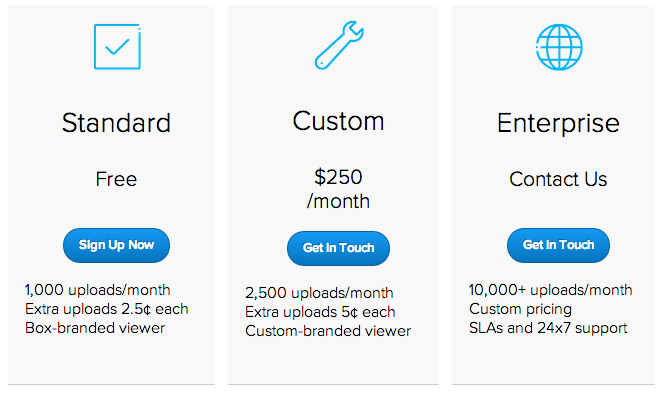 For Box View, Box today took its advanced metadata work for content sorting out of private beta and into a public test, and also revealed Box View.

Box View is a system that allows other parties to leverage Box’s ability to upload, convert, and view content. Box View is also notable as Box’s first standalone service. Again, here we see a diversification of revenue streams.

Regarding metadata, Box’s development work will allow users to better tag content on a custom basis in a way that is searchable via the normal Box Search tool already in the market. Box would very much like it if you would store quite a lot on its platform. The sticky bit is how to find each piece of content that you have on its servers, so, to combat that lack of grip, flexible metadata tagging and the ability to search those tags clears the path — at least in theory.

Box calls use of metadata the adding of “context” to content. Metadata is integrated into Box’s mobile SDKs as well, so it should be pervasive to the larger Box experience.

Essentially, today, Box revealed new tools for developers, services for end users, and revenue sources for its investors. It’s a decent mix for a company looking to grow up.