Amazon WorkSpaces, the company’s virtual desktop computing environment introduced last fall at the AWS re:Invent conference, is today available to the public. Up until now, Amazon was testing the service in a “Limited Preview” with select customers large and small, including Peet’s Coffee & Tea and ERP and CRM solution provider WorkWise. Now, any AWS customers can sign up to start using WorkSpaces, which today offers clients for Mac and PC, as well as mobile versions for use on iPad, Kindle Fire HDX and other Android tablets.

A competitor with VMware, WorkSpaces is designed for a corporate computing environment, where I.T. admins configure “cloud” desktops for end users that allow them to access internal company resources from their device of choice, whether a desktop, laptop or tablet, for example. 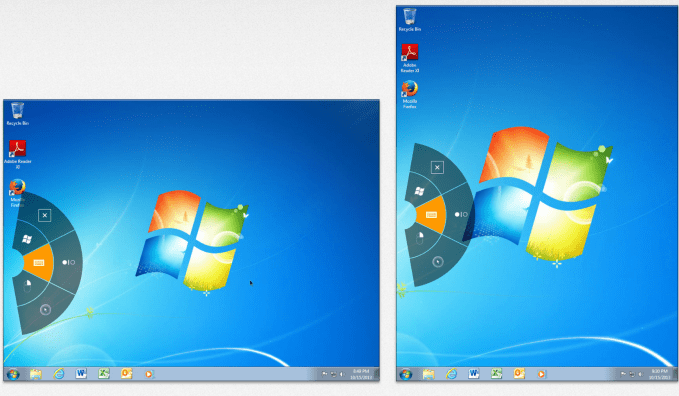 AWS provisions the infrastructure and OS for the customers, including setting up and managing the underlying network, VMs, storage, Active Directory integration and user authentication.

To use WorkSpaces, customers need an AWS account, a supported client device, and internet access (TCP on port 443 plus TCP and UDP on port 4172, notes Amazon). After downloading and installing the client on their device of choice, users are delivered a cloud-based Windows 7 computing environment, offering persistent storage, various bundled utilities, productivity apps required for their job, and access to the resources and files they need on the company’s corporate intranet.

WorkSpaces also integrates with Active Directory, which can be used for user authentication and WorkSpace management, while other customers could choose to create a directory managed by Amazon WorkSpaces instead when they start using the service. (More details on the initial configuration options are available here).

Pricing for the service is competitive – when Senior Vice President of AWS Andy Jassy introduced the product last year, he noted that the service is half the price of on-premise VDI solutions offered by traditional providers. WorkSpaces prices today range from $35/month – $75/month, with the higher end including additional pre-installed software, like Microsoft Office or Trend Micro Anti-Virus, for example. Also, WorkSpaces doesn’t require any upfront investment, and offers “pay as you go” pricing, allowing its users to only pay for the number of desktops they use.

Alongside today’s public launch, Amazon is also introducing Amazon WorkSpaces Sync, a client software application for PC and Mac that continuously, automatically, and securely backs up a user’s documents created and edited in Amazon WorkSpaces to Amazon S3.

Though there’s an obvious tie-in with Amazon’s own Kindle Fire, which has been upgraded in recent months to include more enterprise-friendly features, the WorkSpaces iPad application launched this past December is likely going to be more heavily used in by the enterprise customers at present, given that 94% of the Fortune 500 and over 85% of the Global 500 are testing or deploying iPads.

Though Amazon has the brand-name recognition and is known for its cloud computing services through AWS, it’s entering a space where there are already a number of established and niche competitors, including those also running on Amazon AWS (like Splashtop Enterprise), plus larger VDI providers like VMware, Citrix and Microsoft.