Box CEO Aaron Levie is credited with bringing sexy back to enterprise startups, but the big surprise in Box’s S-1 IPO document filed today is that Levie only owns 5.7% percent of the company. Meanwhile, Draper Fisher Jurvetson owns 25.5 percent. The numbers reveal Levie sold off much of his startup to raise the $414 million that funded Box’s rise to become an enterprise brand name.

Update: As pointed out by Dan Primack at Fortune,  our previously stated 4.1% figure does not take into account Levie’s unexecuted stock options, which total around 2,613,841 shares at various option prices. This would place Levie’s share of the company at just under 5.7% in total. You can see those shares from the S-1 filing here:

Another way to put it is that Levie didn’t have much choice. Box needed that funding. The startup is not profitable and notes in its plan to raise $250 million with an IPO that “we do not expect to be profitable for the foreseeable future.” As Alex Wilhelm lays out in his summary of the S-1 document, Box saw losses of $168 million from January 2013-2014, largely due to huge advertising expenses. It looks like all that equity Levie traded away was to bring in money so Box could seduce enterprise CIOs into buying it.

You can see the rest of the cap table above, including COO Dan Levin with 2 percent, and co-founder/CFO Dylan Smith with 1.8 percent. These all add up to 72.9 percent of the company, leaving the rest of the equity for current and future employees, and what will be sold on the public market. Below you can see how Box’s investors got that equity from its many funding rounds listed in CrunchBase. DFJ got in early, contributing the whole $1.5 million Series A round in 2006, and participated in every round after to build its 25.5 percent position. The Wall Street Journal says the latest $100 million round was at a $2 billion valuation, which implies Box will likely be valued higher than that at IPO.

You might ask why Levie was willing to whittle his equity down to a nub. Well, many say that startup success is binary. You either win big or lose it all (barring soft landings). Whether you own a lot like Box’s top investors, or a little like its CEO, it’s all worth zero if the startup fails because it didn’t have enough capital to grow.

The 28-year-old CEO, known for his frequent magazine covers and red converse sneakers, has never seemed scared of bold moves. Now we know Levie bet that 5.7% percent of a winning startup would be worth much more than 30 percent of a losing one. So would building a big company that employs many and makes work easier for millions rather than being greedy. If Box’s IPO goes well, he may be proven right. 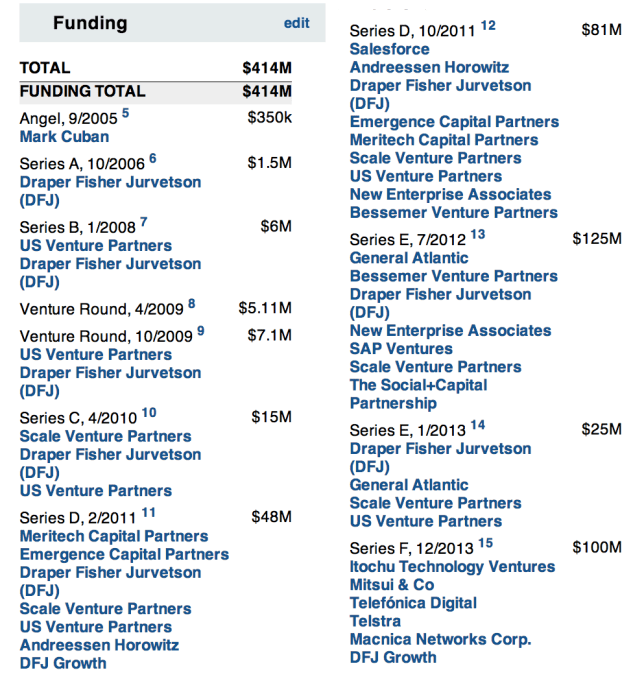 Article updated to reflect the larger, 5.7% share of the company Levie will own including stock options.