Twitter is experimenting with a new feature called “Fave People,” which allows you to keep track of your favorite Twitter users and accounts in a separate timeline. This feature, essentially a more user-friendly version of Twitter’s “Lists,” recently appeared in the alpha version of Twitter’s Android application – the app where the company tests new features and changes before rolling them out to beta testers, and then, finally, to the general public.

The alpha app currently uses a “swipeable” menu across the top for navigation in between sections like “Home,” “Discover,” “Activity,” and more. “Fave People” has a fairly prominent position there, at least for now, as it’s placed directly to the right of the main (“Home”) timeline. When you tap into this section for the first time, the app explains how “Fave People” works, saying:

Keep track of your favorites

Tap the star icon on the profiles of your favorite people to see their Tweets in this timeline. You can also chose to receive notifications when they tweet from Settings.

A button beneath this message lets you hop into your “Following” section in order to start picking out your favorite fellow Twitter users. This could be a bit of a time-consuming process for those who follow dozens, hundreds or even more, on Twitter. In other words, it’s not necessarily a more efficient means of building a list, compared with the built-in Twitter “Lists” function offered today. It’s really just using more accessible terminology (“Fave People”) to highlight the capabilities of that often overlooked feature.

However, what “Fave People” could do better is to serve as a dedicated section where you can turn on or off Twitter notifications from important accounts. For example, if there are a handful of breaking news sources you follow, you could toggle them on and off here, as need be. You may want to receive notifications from these accounts while particular events are going on, or if you’re following a breaking news story, including, perhaps, an emergency situation. Other times, you may want to disable those alerts in order to get a little peace and quiet.

Note that the appearance of “Fave People” for mobile testers doesn’t necessarily imply that this feature will roll out to the wider public anytime soon. If testers don’t find the feature engaging, Twitter could still scrap it and focus on something else instead.

Also, in case it’s unclear, the ability to “favorite” accounts on Twitter has been available previously for some, but this “Fave People” section is something new. 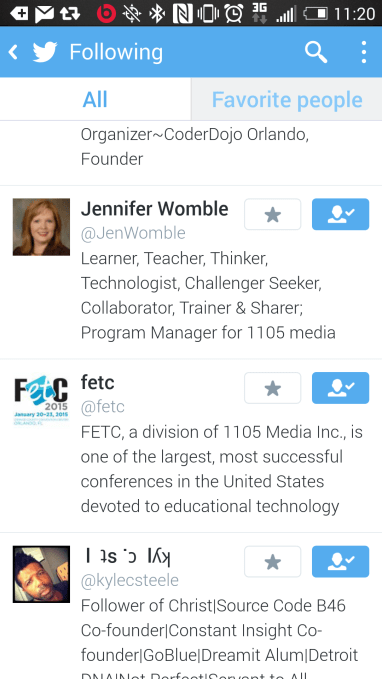 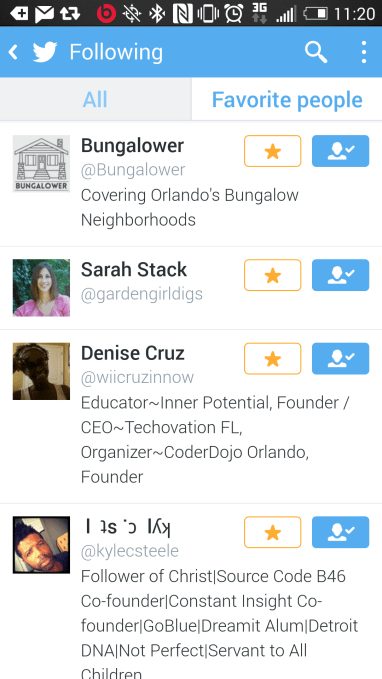 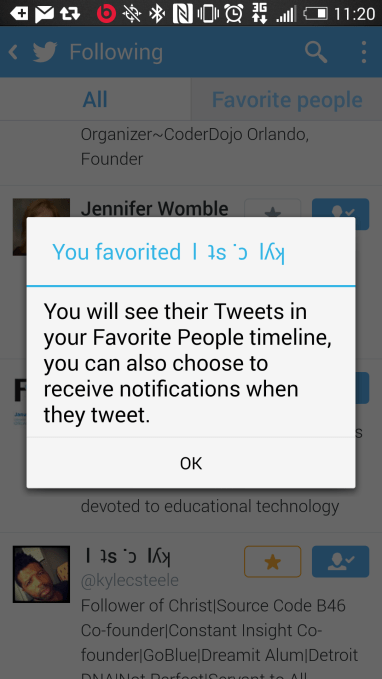