Google drastically dropped the price for storage on Google Drive this week, to the point where it now undercuts virtually all of its competitors. At $9.99 per month for a terabyte of online storage, Google puts all of its competitors to shame, but there is more going on here than just a price war.

Dropbox wants $9.99/month for 100GB, SugarSync has a $55/month plan for one terabyte of data that is shared by up to three users and Microsoft’s OneDrive, which only features annual plans, starts at 50GB for $25 per year, which is even more expensive than Google’s new $1.99/month for its 100GB plan. Apple wants $100 per year for its 50GB plan.

Maybe even more importantly, Google’s new prices even significantly undercut those of its own cloud storage platform for developers, as well as those of Amazon’s S3 and Microsoft’s Azure storage platforms. That’s where most cloud storage startups host their files (Dropbox uses S3, for example). Those startups that are big enough probably get some discounts for storing extremely large amounts of data on these platforms, but even then, Google’s price for consumers is lower than what developers can get on these platforms.

The price trend for developer cloud storage has always been moving down and Google, Amazon and Microsoft have typically matched each other’s price cuts, so over time, those consumer prices will surely match the wholesale prices again — but probably not for a long time to come.

Given that there is no middle tier between Google’s 100GB and 1TB plans, the company — just like all of its competitors — probably assumes that most users will not use the full amount of available storage anytime soon. For now, however, it also looks like Google is willing to sell its storage at or below cost in order to put pressure on its competition.

Why is Google willing to do this? Obviously, it wants more (paying) users on its platform and an attractive price sure helps, but it’s also about fighting off competitors in a market it doesn’t yet dominate. 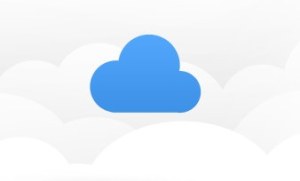 But Google Drive isn’t purely about storage; it’s also where Google productivity apps live, and it’s closely linked to its photo sharing/storage tools and Gmail, all of which share the same pool of available online storage.

Dropbox, for many users, is synonymous with cloud storage and syncing. Google Drive isn’t. Microsoft OneDrive is built into Windows 8. Google Drive’s desktop app works, but not quite as well as Dropbox.

What most people love about Google Drive, though, is its collaborative productivity apps. That’s also where Google can expect quite a bit of competition, though. Microsoft is finally taking its free online versions of Word, Excel, PowerPoint and OneNote seriously and is starting to actually market them. Whatever you think about them, they do have a higher name recognition than Google Docs, Sheets and Slides and for most businesses, Microsoft’s Office suite is still the de-facto standard. Undercutting Microsoft in storage pricing surely isn’t going to hurt Google in its attempt to win over those users.

Google’s announcement of support for third-party add-ons for Docs and Sheets also shows that it believes it needs an active developer ecosystem around these services to compete.

Drive, of course, is also where those images you store on Google+ Photos go. And say what you want about Google+, its photo storage and sharing features (and Google Hangouts) are among its best features. Storage for images under 2048×2048 pixels (that’s about 4.2 megapixel) is even free, though chances are your phone now takes images at a higher resolution, so unless you just want to store low-res backups on Google+ Photos, you will soon start needing Google’s paid plans.

With these recent price cuts, Google locks the competition into a price war where it’s hard to beat because it even undercuts the usual wholesale prices for online storage. At the same time, it’s ramping up investments around its products that use its storage service to shut down competition in that area, too.

The next few months sure look like they’ll be interesting…