When Google shelled out $3.2 billion for Nest, it poured a fresh wave of attention and interest into smart home automation systems — even though it’s not entirely clear whether Google swooped on Nest more as an acqui-hire (of Tony Fadell and his team) than a desire to further feather its connected home credentials.

There’s German startup Tado, for instance, which last September raised $2.6 million. And soon there will likely also be Cosy: a smart home control system being developed in Cambridge, U.K. — aiming to ship product next month.

The initial Cosy system will include the inevitable mobile app to allow the users to control the connected hardware and access the Cosy cloud (where their heating and other home-related data is stored).

Then the hardware kit consists of a wireless hub device to co-ordinate all the various pieces of the Cosy connected home system; a smart thermostat display to replace the traditional thermostat in the home; a wireless switch which communicates with the boiler; and also one or more smart plugs to allow the Cosy user to remotely control additional electrical appliances if they wish.

The startup has funded development thus far (six months on Cosy itself, but the company behind it, Green Energy Options (Geo), has had skin in the smart heating and smart metering game since 2009) via private investment — with more than 100 investors backing its project. It’s now going the Kickstarter route for the final phase of this first tranche of development to get Cosy to market.

Specifically it’s using the crowdfunding site to fund the ability for users of the app to control devices via the Cosy smart plugs, as well as remotely tweak their heating — having already built the core hardware prototypes and got all the other pieces of the puzzle working together.

Geo names its main competitors as Tado, Nest, Honeywell and British Gas’ Hive. It says it’s differentiating by offering control for the whole home environment, not just doing a smart thermostat — looping in lighting and other electrical devices (whether that’s a radio or your electric blanket, say) by incorporating wireless plugs to extend its remote control abilities.

So, for instance, when you open the front door the kitchen light will be on and your favourite radio station playing (as well as the heating on). Or that’s the idea.

“We understand the emotional meaning of ‘cosy’ and what that translates in to in terms of light, warmth, security and lifestyle. We’re about so much more than ‘heat’,” the startup tells TechCrunch. “We’ve also made all the bits of kit in Cosy over-the-air upgradeable, so that early backers can access future functionality. We are creating a connected system for the home rather than a heating controller.

“This release includes Smart Plugs, but the roadmap involves temperature sensors, TRVs, electricity and gas monitors, solar monitors and controls — all building towards a truly connected home… The Hub holds, receives and sends data, which means we can use it in plenty of other ways (in the future).” 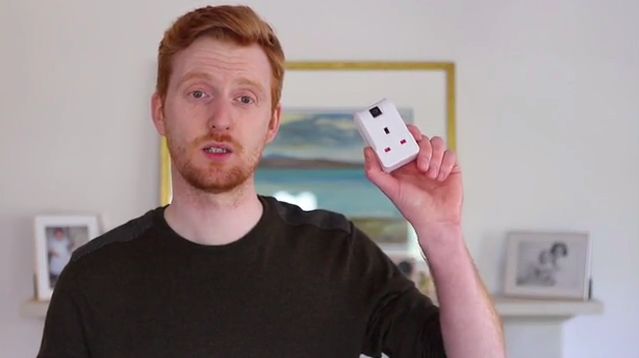 The Cosy system is also designed to support multiple users so it won’t matter who in the family gets home first — the system will respond to that user’s particular preferences.

“Each user has an identity and there is an activity record so that you can see who has done what and when. For example, if you are on your way home and you go to switch the heating on, you may find it’s already on. You can look at the activity record and see that your partner switched it on 5 minutes before and so may well be home before you. Now, for the sake of safety (and harmony in the home!) there is one main account who has the overall say-so.”

Another differentiator for Cosy is that it supports multi fuels — including oil and LPG. It also says it’s trialling heat pumps, electric and biomass heating integration.

Finally, the Cosy thermostat is a mobile wireless unit, which means it can be moved from room to room so the user can set the temperature based on their current location (by taking the thermostat with them) rather than having the temperature benchmark be fixed to a hallway or corridor — or wherever the traditional wall-mounted thermostat happens to be.

How that works with multiple users in the house, and only one mobile thermostat in the kit, remains to be seen. Geo says it’s working on enabling multiple heating zones in future iterations of its product. It’s also working on adding intelligence/learning to the heating controls — presumably a la Nest’s learning thermostat functionality. But, for Cosy’s first release, its users are going to have to do the remote switching on and off themselves, via the app.

Despite this first release not including learning smarts or offering the ability to provision multiple heating zones, the startup stresses its devices support over the air updates so early backers are future-proofed to get these upgrades when they do land.

“Cosy acts as the brains of the home to which the heating is just one thought. Other thoughts include: hot water, zoned heating, geo-fencing, behavioural control, energy monitoring, PV/microgeneration insight and of course the device control (currently represented by our one Smart Plug, but to which there is no limit – you can add as many Smart Plugs as you like to the system),” it adds. “Our ultimate aim is to make one holistic connected system for the home (of which Cosy is just one piece).”

Geo says it also intends to license access to its protocols to third parties, and points out that its Hub is designed to accommodate other radios, such as ZigBee — so it could incorporate third party’s smart meters in future. “Cosy is just the start. And third parties will be part of this: we are determined to create a truly connected system for the home,” it adds.

That ambition obviously depends on Brits’ appetite for Cosy. The company is also potentially going up against a behemoth in Nest/Google — if indeed Google is as committed to the connected home space as the Nest purchase suggests on the surface.

For now, Geo is running a Kickstarter campaign to raise £20,000 to get its first batch of Cosy kits to market in the UK. It’s thinking beyond that home market though, and says it already has approval for Cosy to be used in any EU country. (On the smart plugs side it says it has a limited number of European plugs available — but it hopes to extend that via Kickstarter stretch goals.)

The campaign has raised just over a fifth of its funding target of £20,000, with 29 days left to run. If all goes to plan, Geo is aiming to ship Cosy to backers starting from this April.

The price of the Cosy system starts at £150 ($250) for one Cosy smart thermostat kit plus one smart plug. That compares to circa $415 for Tado’s Connector Kit (although the company offers a monthly rental option costing $12); and $250 for Nest’s learning thermostat alone. (The Nest Protect smart smoke alarm costs a further $130.)