HoverChat, the first Egyptian Y Combinator startup and makers of an SMS replacement application currently available for Android smartphones, is focused on making messaging more of a multi-tasking experience. The app also has a familiar look: its avatars, called “hoverheads,” are a lot like Facebook’s “chat heads,” but HoverChat was actually released the week before Facebook Home’s debut.

To date, the app has seen over 200,000 downloads on Google Play, and is averaging around 8,000 new downloads per day. The majority of its users are under 25, according to data from Google Analytics. 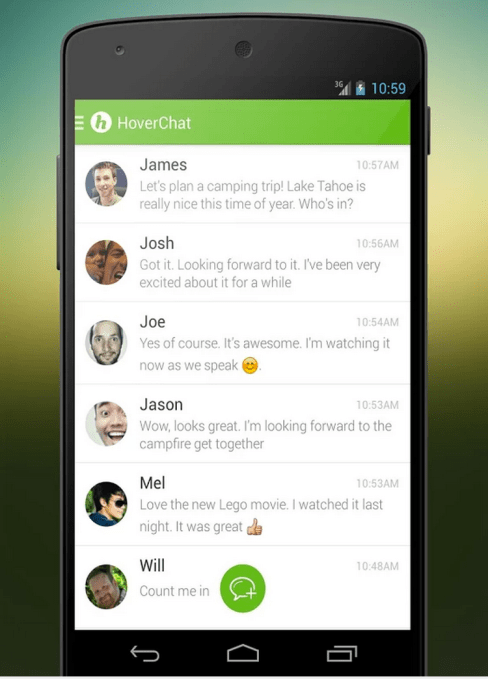 The company was founded in Egypt about a year ago by Wael Nafee, Mostafa Gazar and Ahmed Galal. Nafee, born to Egyptian parents, studied engineering at the University of Waterloo and spent time working in Silicon Valley before heading back to Egypt, where he met HoverChat’s other co-founders. He previously sold an OCR mobile application to a top Saudi Arabian mobile operator that allowed users to charge their prepaid cards by snapping a photo of them.

Ahmed, meanwhile, was the creative director at Oxygen, an Egyptian advertising company whose clients included Chevrolet and Samsung. And Mustafa previously founded a startup called Innovia.

Together, the team worked to build what they were initially calling “Ninja SMS,” an SMS replacement application for Android users that offered a different experience than most messaging apps today.

“If you look at the messaging landscape, they all have a very similar user interface. They all expect users to behave the same way with interacting with their app,” explains Nafee. That is, you launch your preferred app with the intention of having a messaging session that takes your full focus. “What we said is that messaging is a social activity that happens on the side of everything that you’re doing,” he says.

With HoverChat, the idea is to make messaging part of a user’s multi-tasking workflow. The app is more flexible, as it lets you read and reply to incoming messages, identified with a round “chat head”-like avatar, without leaving your current screen. You can even adjust the transparency of the messaging interface, making it translucent enough to see the content behind it. That way, you can message while doing other things, like browsing the web or watching a video, for example.

There’s a privacy element, too, as two HoverChat users can have their SMS communications encrypted using a pass phrase.

Users can also customize the interface by purchasing additional themes, fonts, and hoverheads (static and animated, GIF-like avatars) for $1. (An earlier paid version of the app includes all customizations for free after the one-time $3.99 fee.) 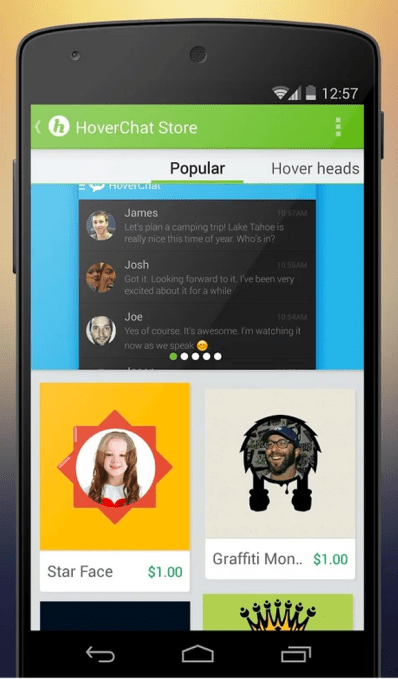 Going forward, Nafee says the plan is to move away from being only an SMS and MMS replacement application, and instead develop its own platform to allow for free messaging and other enhancements. The goal is to have that work done by this summer. Also on the roadmap is a more limited iOS version of the app, which won’t be able to float on top of other screens as on Android, but will allow for more basic features like the custom avatars.

The Santa Clara-based company has a small amount of seed funding from Egyptian-based investors Tamkeen Capital, which is roughly in line with the amount of funding YC itself provides.

The free app is here on Google Play.