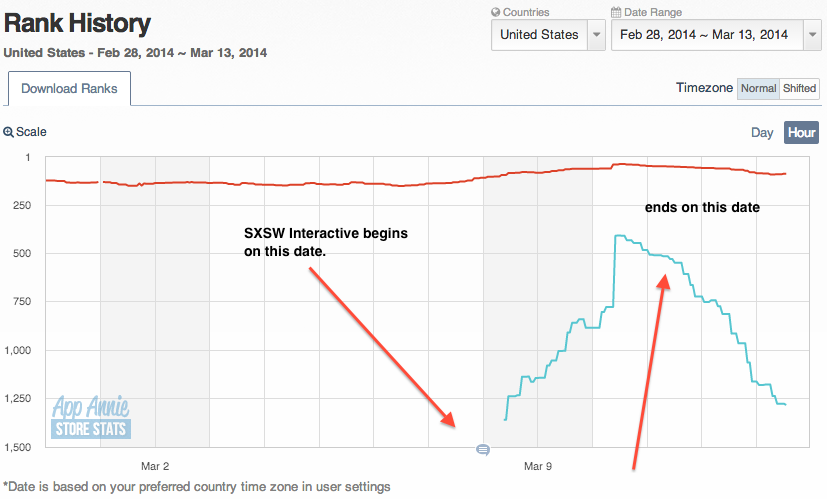 During the Interactive portion of this year’s SXSW festival, Secret, an app that lets users post secrets pseudonymously, pressed for attention. The app rolled out a website that tracked Secrets shared during the event, and also updated its client to allow users to see Secrets that were shared nearby. Its CEO gave a talk.

Secret bet that the massive density of technology enthusiasts in the city would be fertile ground for it to grow in popularity, with a viral loop being formed by the swirling nerds visiting Austin. It worked, with its popularity spiking inside the top 500 most popular iPhone apps in the United States, but has since declined.

The above chart, in a nutshell, is the ‘SXSW Bump, such as it is. Secret recently raised $10 million at $50 million post-money valuation.

Download popularity chart for Secret in the United States on iPhone. Red line is for the social networking category. Light blue is all iOS apps. Data via App Annie.

IMAGE BY FLICKR USER STUART SEEGER UNDER CC BY 2.0 LICENSE (IMAGE HAS BEEN CROPPED)