FiftyThree has thrived over the last few years, due to the massive popularity of its drawing and creativity app Paper and the release of its complementary Pencil stylus. Today it’s taking a big step to improve the creation process with an update to its Paper app, which has been updated to be faster and more responsive, and to provide even more tools for its users.

Paper was already one of the best-designed tablet creation tools out there, and has won awards and received accolades ever since it was launched in 2012. But the new version of the app is even better, with a new look for iOS 7 that FiftyThree hopes will make it easier to read and improve the overall creation flow for users.

Re-releasing the app enabled FiftyThree to improve on the general design in both big and small ways. “We wanted to take this opportunity to make everything a little cleaner, a little brighter, a little fresher,” co-founder Andrew Allen told me. That includes improved navigation with faster menus, a simplified icon menu, lighter colors, and improved readability. 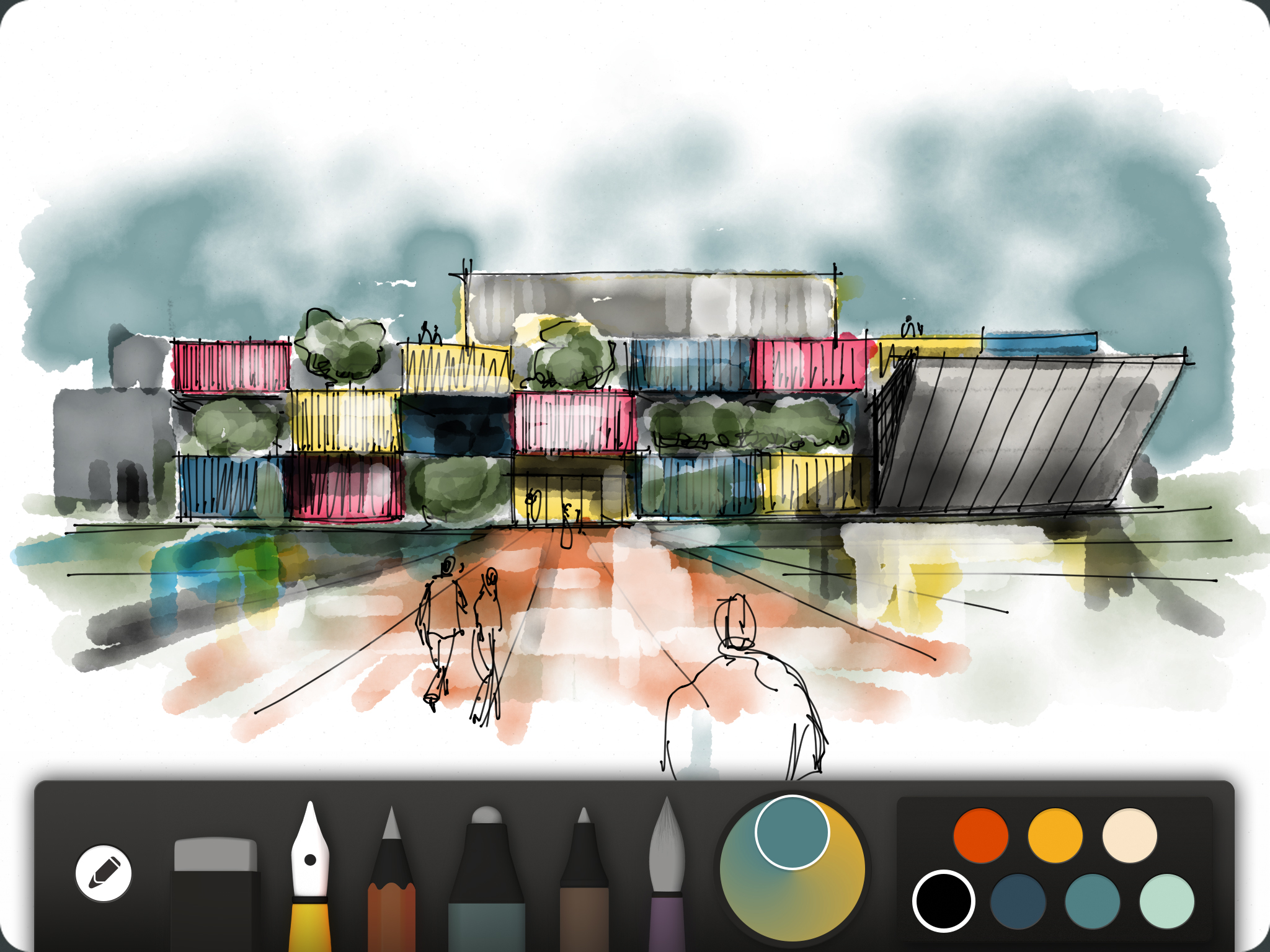 Allen says that with the refresh, the company updated thousands of visual elements, some of which won’t be immediately noticeable even to hardcore Paper users. It helped that iOS 7 by itself has a more streamlined view than previous versions of the operating system.

“There was a lot of decoration in iOS 6 that has been stripped out,” he said. “I think we literally updated every asset in Paper. Almost every pixel has been touched, even subtle things that you probably wouldn’t notice right off the bat.”

It’s also worked to give users more detailed control as they zoom in and out. Zooming in now adjusts the size of the draw, color, erase, and blend tools, to give creators finer control over their projects. And it’s updated the way dots work in draw and erase, enabling users to tap quickly to make small dots, or hold down on the canvas to create larger ones.

Of course, FiftyThree isn’t the only iOS developer to have released an app called Paper. Facebook also began using the brand name when it released a new app that reimagines its mobile news feed. FiftyThree subsequently filed a trademark for the name Paper, but it’s not clear how strong its case might be in a trademark dispute.

Nevertheless, the company appears to be doing pretty well. It’s still one of the Top 20 apps in the productivity category, and last summer raised $15 million in backing from Andreessen Horowitz, Highline Ventures, Thrive Capital, SV Angels, and Jack Dorsey.