Over the past few years, change has come to the textbook market in a big way. Chegg, one of the first companies to bring textbook purchasing and rentals online and reach a sizable audience, has begun to re-position. Affordable, “open” digital textbook pioneer, Flat World Knowledge, is moving “beyond” the publishing business, too. Pearson has been seeing lower demand for its textbooks and has been pouring money into going digital — the list goes on.

The market’s shift to digital has continued to accelerate, and if the latest news from the Textbook Frontier is any indication, we may even be hurdling headlong into a “post-textbook” future. Last week, in a deal that “unites the two largest players” in the digital textbook market, according to Publisher’s Weekly, Ingram Content Group announced that it would be acquiring CourseSmart for an undisclosed price.

Ingram’s Vital Source eTextbook platform has over four million faculty and student users and offers content from over 500 academic publishers, while CourseSmart has 1.5 million faculty users and boasts that it offers more than 90 percent of the textbook titles in higher education at 60 percent the cost of print. Combined, the two companies will become the largest provider of eTextbooks in higher education.

However, in spite of the promise of digital textbooks, it’s worth pointing out that, according to Inside Higher Ed, the two companies combined will have less than 200 employees, and you likely haven’t heard of either company. It almost seems as if the biggest player in eTextbooks is still a fairly small, niche player.

So, why does this acquisition matter?

For starters, when it was founded in 2007, CourseSmart marked a first for the textbook industry. The company is a product of a consortium of the five largest academic publishers — Cengage, Macmillan, McGraw-Hill, John Wiley & Sons and Pearson — which intended to form a united front through which the companies could team together to distribute eTextbooks. In spite of its collectively covering 90 percent of textbook titles and partnerships with an additional 50 publishers, CourseSmart never quite took off. 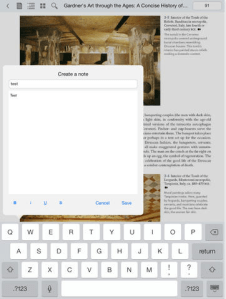 So, from one vantage point, the sale of CourseSmart may be yet another indication that the major academic publishers are backing away from the eTextbook market altogether, putting their energy and resources behind other digital tools and products. With the entry of tech industry giants like Apple, Amazon and Google into the digital textbook market, and with open educational resources gaining ground, the major textbook publishers are retreating.

It could also be a good sign for startups like Boundless, which was sued by three of the CourseSmart publishers in 2012 and finally settled late last year. The top publishers had been pushing back on “open” textbook platforms, claiming copyright infringement in many cases. But, as Boundless CEO Ariel Diaz told Inside Higher Ed, Ingram’s acquisition of CourseSmart could signal an important step away from the way we have traditionally conceived of textbooks — as the print or digitized “container” for academic materials — into something totally different.

This “post-textbook” world could be defined less by the conception of “textbooks” and more by modular, cross-platform digital resources that are “more modular, personalized and open,” Diaz told Inside Higher Ed.

While publishers and digital distributors have struggled to eek out a living, there could be big opportunity (and big dollars) for the company or companies that own the mindshare when it comes to the next generation of these modular, personalized, “post” textbooks.