Editor’s note: Jeff Richards is a managing partner at GGV Capital, a $1.6 billion venture capital firm investing across the US and China. He was on the board of BlueKai and Buddy Media (acquired by Salesforce), and led GGV’s investments in Appirio, HotelTonight and Percolate.

Despite what many are led to believe, great startups rarely move linearly “up and to the right.” They zig, they zag, they take detours and often “pivot” several times to get to a positive outcome. The BlueKai story is a great example of this point, which I make often to entrepreneurs.

Last week Oracle announced its acquisition of BlueKai for a reported several-hundred-million dollars. I’ve been an investor and board member at BlueKai since early 2010, when my firm, GGV Capital, led the company’s Series C round of financing (along with co-investors RedPoint and Battery Ventures). The sale to Oracle was a terrific outcome for the founders, the company and its investors.

Good founding teams have to cut through the noise in their industries and adjust their businesses accordingly. These shifts can be gut-wrenchingly painful and often result in very difficult organizational changes (often layoffs), founder dilution, challenging board conversations and painful media coverage. This coverage often portrays these shifts as desperate “pivots” and a sign of uniquely poor execution.

The reality, however, is that these shifts, pivots, detours — whatever you want to call them — are the norm. 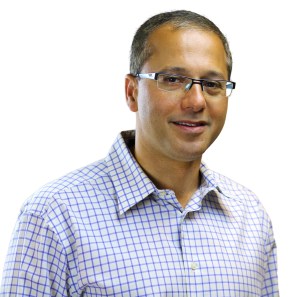 Foreseeing a future where advertisers paid a premium to reach specific audiences and consumers, the BlueKai team set out to build an exchange where marketers could leverage data to match their ad spend with audiences. They partnered with RightMedia investor Chris Moore from RedPoint and launched the platform in 2008. It worked phenomenally well. For example, an airline could now run ads for flight specials across the web and reach consumers who were actually in the market to travel versus reaching “everyone” on the web. Advertisers loved it.

But like many great entrepreneurs, Omar and his team were paranoid, and as Andy Grove so eloquently put it in his book by the same name — only the paranoid survive. While the exchange model was working well, it was very clear to Omar that the ground was shifting. His customers were asking for software to manage this newly complex world of data + media, and if BlueKai didn’t provide it, someone else would.

Building a software business, however, would require significant capital investment, hiring new types of talent from engineering to sales, and entrance into a market where the company was frankly unproven. Not an easy conversation to have with your investors and board members — especially investors like yours truly who had just ponied up $21 million to fund the existing business.

To Omar’s credit, he went all in. He made it very clear this was not an optional “pivot” – it was critical to the company’s long term success (and possibly, survival). Over a period of about six months, Omar and his team did their homework, laid out the pros and cons of build versus buy, and ultimately made the case to the board to get into the software (SaaS) business via an acquisition.

Private-to-private M&A transactions (one VC-backed company buying another) are extremely hard to pull off, as the founders and VCs of each company can rarely agree on valuation, leadership and other terms. After months of evaluating potential targets, Omar and team worked with BlueKai attorney Ted Wang and the board to come up with a structure that worked for all involved. And in January 2011, BlueKai announced the acquisition of TrackSimple, a small software company founded by former Amazon exec Jon Ingalls.

Accelerating Toward The Outcome

Throughout 2011, the company invested heavily in building out the SaaS platform, and TrackSimple’s Ingalls became BlueKai’s CTO. In 2012, the company began ramping up its sales and marketing efforts around the SaaS product line and started to garner recognition as the emerging leader in the Data Management Platform (“DMP”) space. As “big data for marketing” took hold, large enterprise customers like HP and other top marketers signed on, and BlueKai was able grow its SaaS revenue into the tens of millions of dollars annually.

The timing for BlueKai’s rise could not have been better, and in 2013 a number of big players began to take notice. For the past few years, the marketing software category has been hot, with large public players buying smaller category leaders. Examples include Salesforce buying ExactTarget, Buddy Media and Radian6, Adobe buying Efficient Frontier and Omniture, and Oracle buying Eloqua and Responsys. These deals alone represent more than $8 billion in transaction value.

Oracle’s acquisition of BlueKai is certainly part of this trend, and timing matters. Long before the category got hot, though, the BlueKai team shifted its strategy, had some tough conversations with its investors, and made a game-changing bet. Bets like this are often the hallmark of good entrepreneurial outcomes – much more common than “up and to the right.”