Secret is hoping to grow bigger and capitalize on SXSW with two new features. Share lets you post any Secret you see to Twitter, Facebook, SMS, or email. Nearby lets you opt in to seeing Secrets shared by people nearby, which could create an ad hoc community of users at SXSW. The two could draw more people into Secret and keep them there even if they don’t have friends on the app.

Secret, an “anonymish” sharing app that lets you post thoughts and images without your name attached, only launched five weeks ago. But it spread like wildfire in Silicon Valley and has caused a renewed interest in anonymity after a decade where Facebook’s real names and authenticated identity reigned.

Secret has seen both cyberbullying and compassionate community. In one Secret you might see a public figure insulted, while the next features commenters rallying in support of someone who’s depressed. I’ll be doing a fireside chat with Secret founder David Byttow at SXSW tomorrow, Saturday March 8th at 5pm In Ballroom D of the Austin Convention Center. We’ll be discussing these benefits and pitfalls of anonymity.

While technically everything posted on Secret is public, the fact that its juicy little nuggets could get shared on Twitter and Facebook might scare people away revealing their more scandalous thoughts. The Secret team is betting that the growth achieved through public sharing will offset any chilling effect it causes. 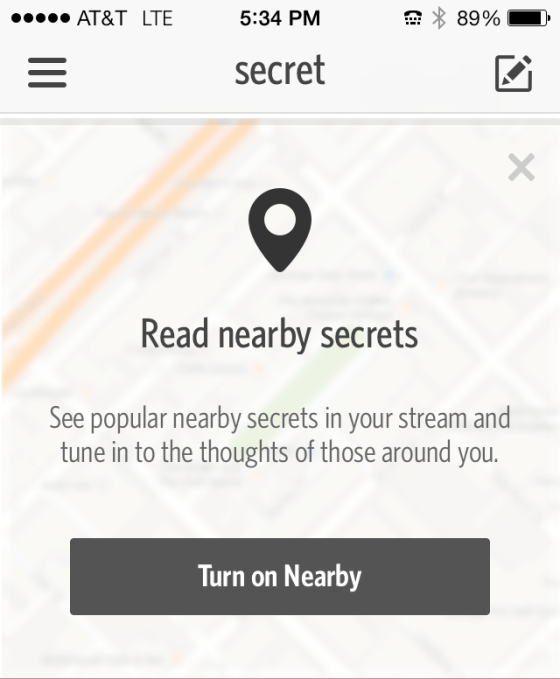 In a blog post, the Secret team explained that “Whether you’re reading secrets from your friends or someone at the same event, we believe that knowing how you’re connected to the author of a post is a big part of what makes Secret fun and different. We hope these new features will help you discover more of the innermost thoughts of your friends and those close to you.”

It seems like Secret rushed out the update for SXSW and didn’t have all the bugs worked out. The sides of images seem to be getting cut off in Twitter cards and the text within the image isn’t wrapping to the next line like it does in the app, as you can see above. [Update: Secret says it has fixed this bug.] 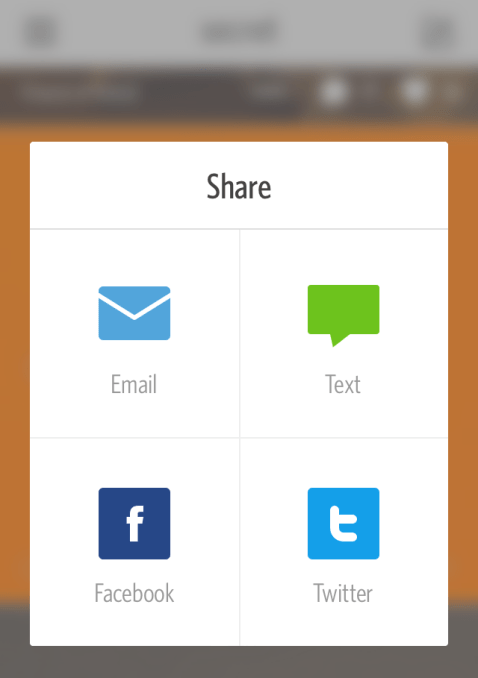 More worrisome is the formatting of the tweets. It looks as if you’re the author of the Secret you shared, not that it’s someone else’s that you’re re-sharing. Typically, social syndication features like this are used to let people take a piece of content they created on one network and distribute it on another. But that convention could mislead people into thinking it’s you cheating on your boyfriend, taking drugs in the woods, buckling under work pressure, or bragging about your sexual escapades. I’ve already had people on Twitter worried the tweet above meant I was the one desperate for someone to confess their affection.

Most apps launch with a minimum viable product. The adage is that with startups, you’re falling out of the sky and trying to build the plane before you hit the ground. And that usually works.

But few startups gain such traction (even if only in Silicon Valley) so quickly and get thrust into the spotlight the way Secret has. Its early community and feature set could set the tone of the app for the foreseeable future. A false move in terms of moderation policies, security, or this new Share feature could leave a bad taste that might be hard to wash out. But that scrutiny is the price you pay for rapid success in a frontier territory like anonymous mobile sharing.