Shopping search and comparison engine TheFind, which launched its iPhone application last fall and has now grown its iOS footprint to over 1 million users, today launched its service on Android. Like its iOS counterpart, the new app lets you type in keywords or scan barcodes in order to search across over 500,000 stores and 500 million products, then find coupons, store locations, and price comparisons. Plus, the Android app introduces a new feature, with the addition of shoppable catalogs.

The app competes to some extent with other price comparison sites and deal finders, like ShopSavvy, for example – or even Amazon, which also includes a barcode scanner. But TheFind’s focus is not only on savings. It offers personalized shopping results, too, based on your own tastes and style. When you sign up online, for example, you’re prompted to pick your favorite brands and stores. TheFind can tap into your Facebook profile data, too, when connected, to learn more about the brands you’ve engaged with in the past.

The company says that it now sees 350,000 monthly actives on iOS, and that figure has been growing 30 percent month-over-month. Mobile, in general, is increasing steady for TheFind, which has over 15 million total users across web and mobile combined. Overall, 40 percent of its traffic today is mobile, and that has also been growing at 10 percent month-over-month, mirroring trends among other e-commerce shops, specifically those focused on fashion, as many of TheFind’s users tend to be. 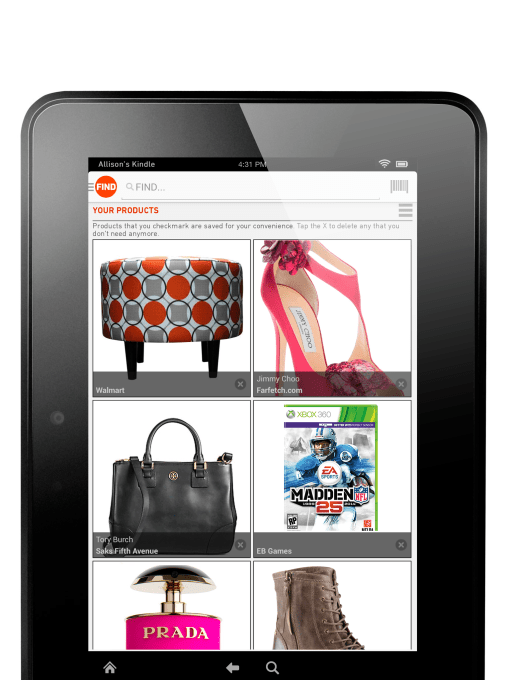 Unfortunately, shopping from TheFind is not always easy. The company says that over 25 percent of retailers are abandoning their mobile apps, but it doesn’t seem they’re necessarily replacing their native experiences with responsive mobile websites. Though TheFind is handy as a one-stop shop, so to speak, when you actually click through and try to buy, the retailer’s website may simply be too tough to navigate on mobile. That’s not TheFind’s fault of course, but it could limit the end-to-end use case (discovery –> favoriting/saving –> conversion) that the company imagines.

However, it’s worth pointing out that TheFind can direct you to local stores as well, offering locations, phone numbers and even the price matches that the retailer honors.

Android is also first to receive the new catalog feature, which includes hundreds of digital magazines from retailers like Crate & Barrel, Nordstrom and LandsEnd, for example.

The new Android app is available both on Google Play and the Amazon Appstore. 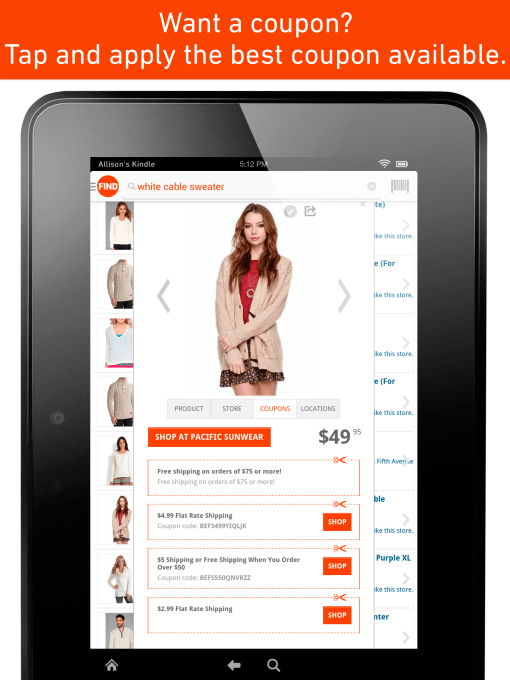