Embarcadero Technologies is announcing Appmethod, a new multi-device development platform for PC, Mac, iOS, Android and — in the long run — wearables. The platform brings together an IDE with design tools, UI elements, connectors to cloud and on-premise databases and built-in support for popular mobile backend as a service platforms like Kinvey, Parse, App42 and others.

What makes Appmethod stand out from many of its competitors is that it is solely geared toward building native applications. As Steve Haney, Embarcadero’s vice president of marketing, told me, native is what the company, which has been around for a good 20 years now, has always done. “It’s in our DNA,” he said. The team also believes that in order to provide the kind of security customers in the medical or financial field need, native is really the only way to go. 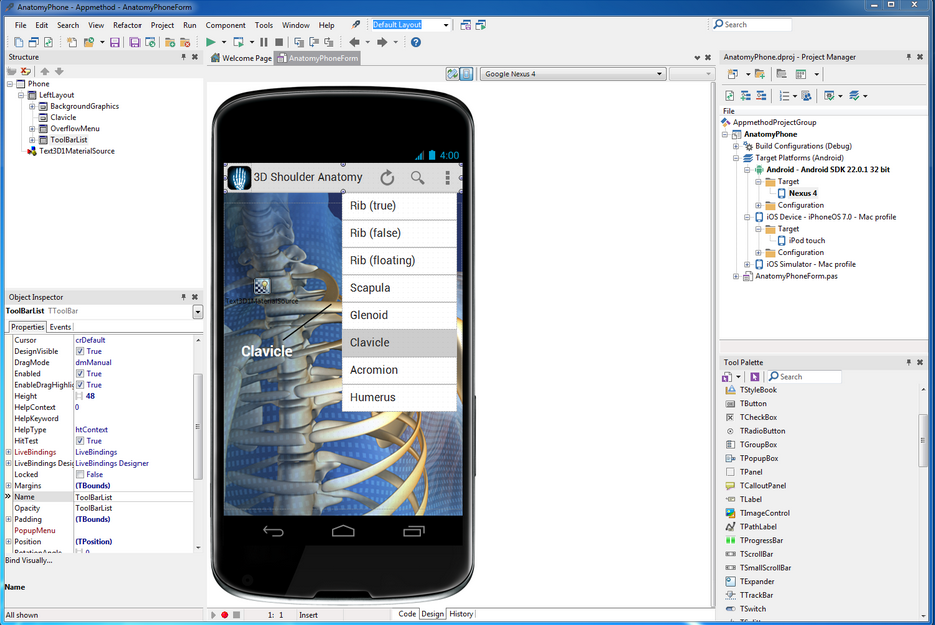 The other feature Appmethod thinks will attract developers to its platform is the fact that it was engineered to allow them to work with a single code base to target all platforms. To build their applications for a new platform, they just have to recompile and redeploy.

Developers can also easily integrate any REST or SOAP APIs, and the service includes tools for remote debugging and analysis. In combination with the rest of its tools, including its large variety of component APIs and middleware to talk to popular enterprise databases and services, the company believes that can speed up development by 5x.

As Haney stressed, developers could always just use part of the service to develop their UIs or just use the enterprise capabilities. Because most organizations have very different needs, the team decided to keep the service as open as possible. “You shouldn’t just have to use one stack,” Haney said.

The company will demo the new platform at SXSW and then open it up to the public on March 18. At launch time, it will feature full support for writing applications in Object Pascal and C++ support in beta (it doesn’t support compiling to Android yet). C++ support should come out of beta in a few months.

One of the companies that has been betting on Appmethod during its beta is Spikes, the virtualized browser for the enterprise that launched late last year. Spikes VP of engineering Scott Bennett tells me that he was especially impressed with the IDE and the built-in design capabilities. He also noted that because Spikes depends on security and speed, having native code was essential for the team. Normally, that would have meant having different code bases for all the platforms Spikes supports, but having a single code-base allowed it to get its apps out faster than expected.