Samsung was one of Google’s earliest partners in the Chromebook project and it currently accounts for more than half of all U.S. Chromebook sales. Today, the company is announcing two new, slightly more expensive models that will take their place next to the company’s currently $249 Chromebook.

The new 11.6- and a 13.3-inch models in the so-called Chromebook 2 Series will both use Samsung’s ARM-based Exynos 5 Octa chips (running at either 1.9GHz or 2.1GHZ, depending on the model). They will also sport a new design that replaces the shiny silver plastic of the older Chromebook with a softer, faux leather look that’s similar to the stitched design of Samsung’s Note 3.

Rumors about this new design first started making the rounds over the weekend. Samsung describes it as “a durable textured lid and elegant stitched design.”

The larger version features a full HD LED display, while the smaller one comes with a 1366×769 screen. The 13.3-inch version also features an improved audio system, with two 2W speakers and a noise reducing array microphone. The batteries, Samsung promises, should last for about 8.5 hours.

While the smaller model will come in black and white, the 13.3-inch version will only be available in “luminous titan gray.”

Despite the promise of longer battery life and the faux-leather design, the 11.6-inch version will weigh almost exactly the same as the old Samsung Chromebook (2.4 lbs).

The suggested retail price for the smaller unit is $319.99 and the larger version will sell for around $400. Both will go on sale in April. 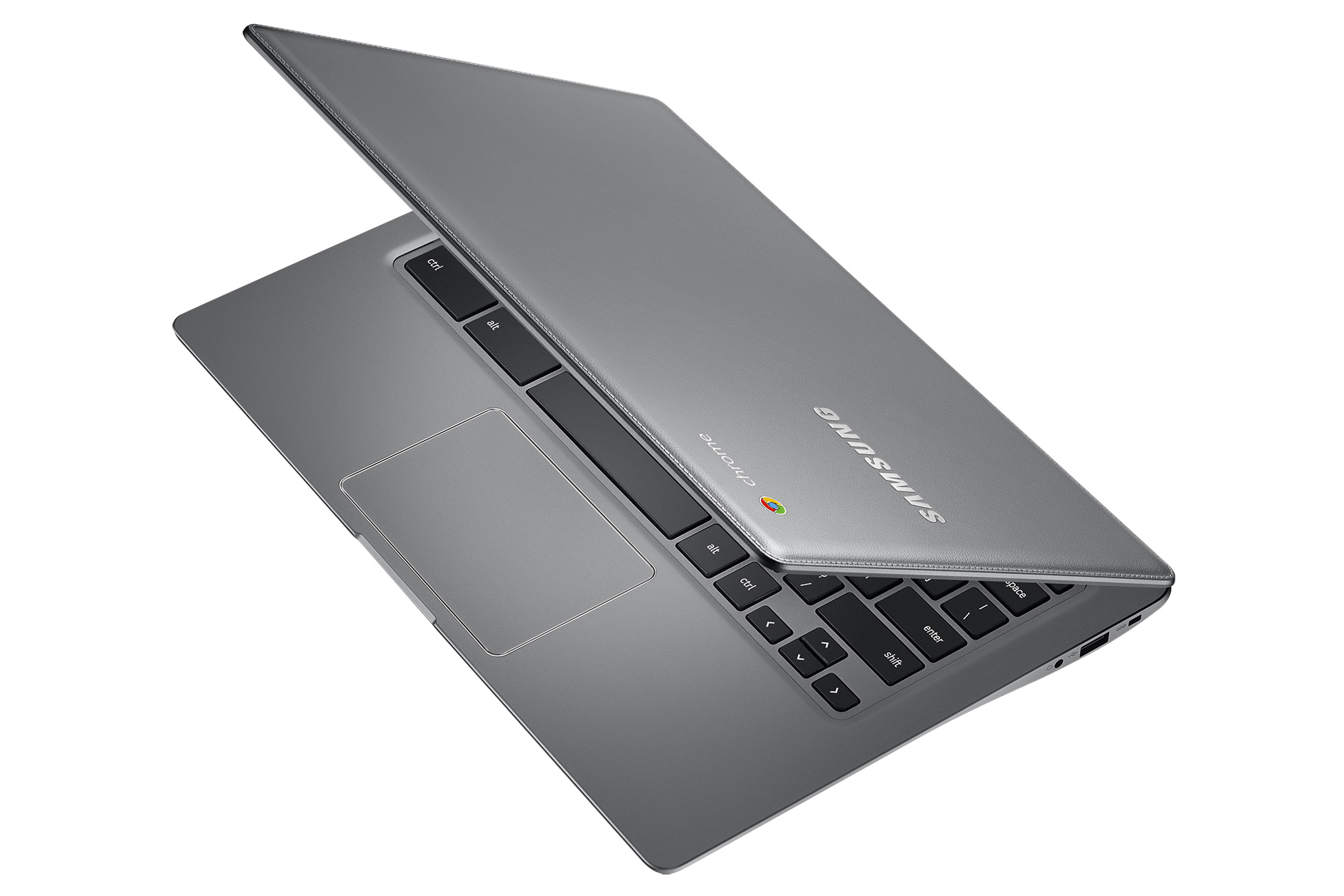 The new prices are quite a bit higher when compared to the older model, which the company tells me it will continue to sell. Despite the slightly higher price, though, company expects that the new models will especially appeal to schools. 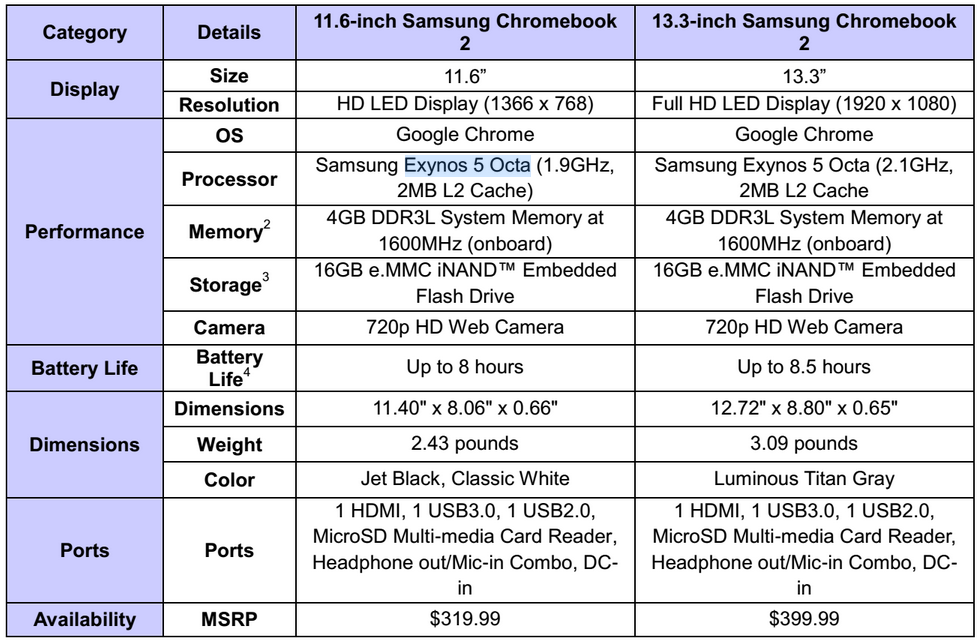 The Google Play store ran out of inventory for the Samsung Chromebooks a while ago, so it remains to be seen if Google will restock the older version now that the Chromebook 2 Series is available.

What is clear, though, is that Google remains as committed as ever to the Chromebook project. With new OEMs coming on board and the existing partners expanding their lineup, this should be an interesting year for Chrome OS.