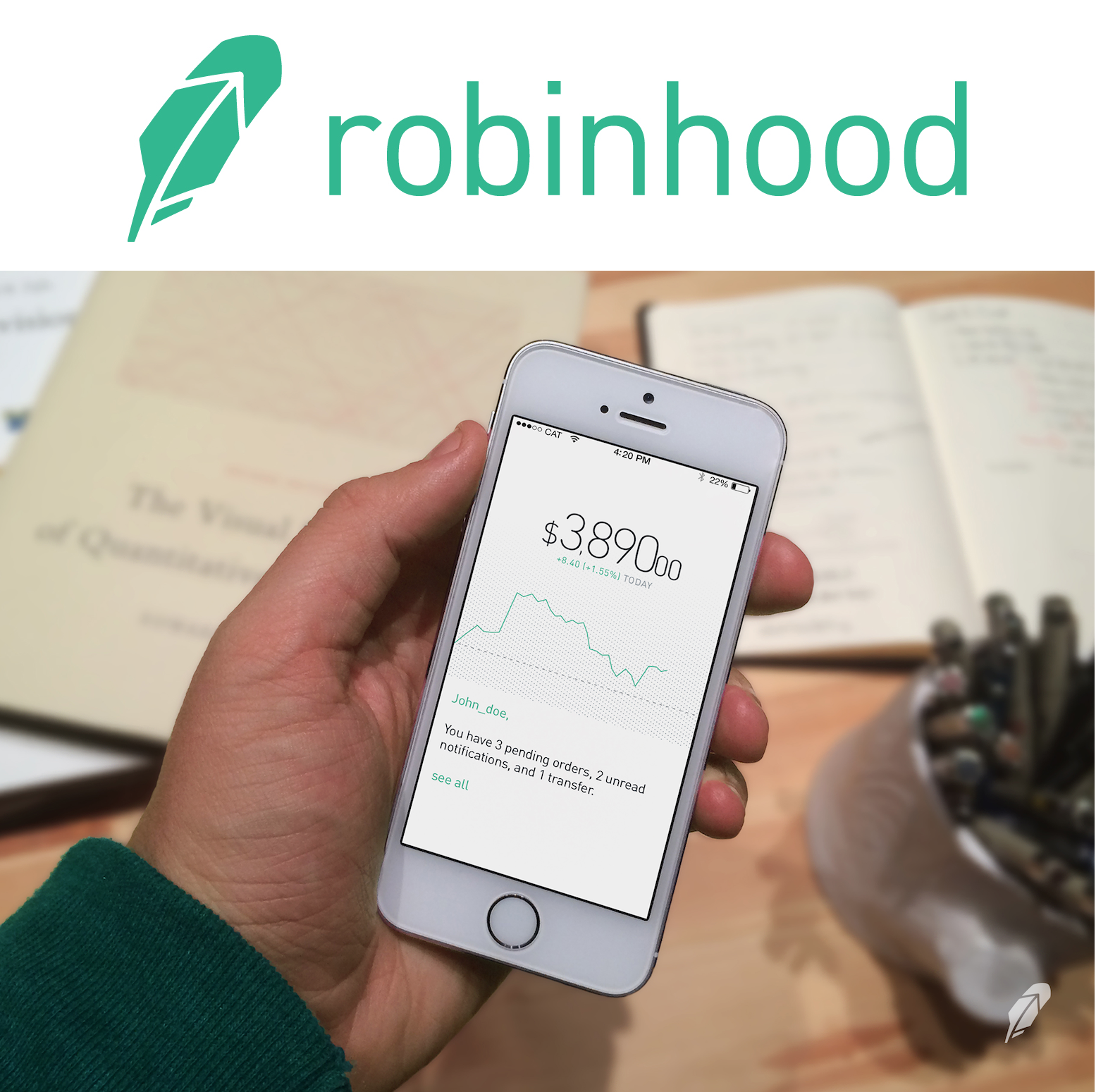 RobinHood is about to let anyone buy and sell stocks for free instead of having to pay E*Trade or Scottrade $7 per transaction. Today RobinHood begins inviting the 160,000 people who’ve signed up to download its glossy new app where you can efficiently track and trade stocks. “It’s by far the most beautiful brokerage app, though that’s not saying much” co-founder Vlad Tenev jokes.

But while RobinHood makes Wall Street look stylish in your pocket, what’s special is what it does, and does for free. That’s letting you trade stocks with zero commission. You might assume it would cost RobinHood money to execute trades, but in fact it can make money by moving yours around. We’ve just been conditioned to assume its something you have to pay for after decades of investors handing Scottrade, E*Trade and other brokerages $7 to $10 for each buy or sell.

Those who want their trading for free can sign up for RobinHood and expect an invitation email over the next few weeks to months. Since you’re trusting it with your savings, RobinHood wants to onboard people with extreme care rather than as fast as possible. But soon it expects to be holding hundreds of millions of dollars for its users so they can make instant trades from their phones.

RobinHood gave TechCrunch the first look at its new app, and its investor Google Ventures‘ attention to design is readily apparent. The whole app is themed white or black depending on if the stock market is open or closed. Meanwhile, the app’s chrome goes green or red depending on if the currently viewed stock is up or down that day. This trick tells you at a glance whether you can officially trade or not and how well you’re are doing.

Most finance apps only let you monitor stocks like Yahoo Finance or the first version of RobinHood, or charge you to trade them like those from the big retail brokerages. RobinHood co-founder Baiju Bhatt stresses that if you want to do deep financial research, you probably want to sit down at a desktop. But if you want to check your stocks whenever you have free moment and make some trades when the courage strikes you or whenever something shocks the market, RobinHood lets you do it in a few swipes. [Disclosure: I was friends with Vlad and Baiju in college.]

You can set alerts in case your stocks move a certain percentage, or place limit orders that are executed if the price hits a certain point. When you’re ready to make a live trade, just select how many shares of a stock you want to buy or sell. RobinHood previews how much that will cost or earn you, and you swipe to confirm the trade (which triggers some delightful animations and buzzes). And because security may be the biggest threat to RobinHood, it even lets you set up a special pin code that’s required to open the app. 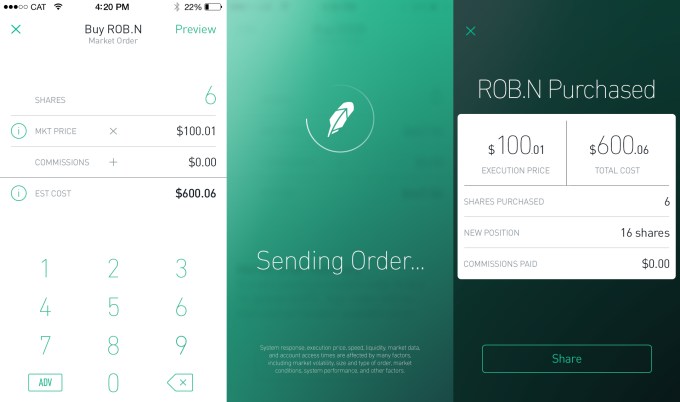 RobinHood says it will never charge for trading. Right now, it’s supported by over $3 million in funding from Google Ventures, Index Ventures, Andreessen Horowitz, Rothenberg Ventures and some angels. But it plans to quickly become self-sustained by charging other developers for API access, letting users trade on margin (money they’re owed but don’t own yet) for a fee, and through payment for order flow where stock exchanges pay the startup to bring its trading volume to their marketplaces.

For now, though, RobinHood could democratize stock trading. If you were a fat cat trading in the hundreds of thousands or millions, those little $10 fees didn’t mean much. But if you’re not rich and still want to invest, those commissions could add up to eat away at what you earn through smart trading. By replacing brick-and-mortar store fronts and legions of salespeople with an app and a lean engineering team, RobinHood can pass the savings on to its users.

You can signup now for early access to RobinHood

Visualizing 15 Years Of Acquisitions By Apple, Google, Yahoo, And Facebook