Samsung has quietly announced that there will be two variations of the Galaxy S5. One will run the quad-core Snapdragon 801 with a 2.5GHz clock speed along with another model powered by an octo-core Exynos SoC running at 2.1GHz.

8 cores. 2.1Ghz. All that power, all those cores. In the palm your sweaty little hands.

The details are still on the light side but Samsung has done this in the past. There was a Galaxy S4 flavor that ran a previous version of the Exynos Octa-core. That model was designed for and exclusively sold in the Korean market.

Still, while it’s fun to ogle over 8-cores, the additional cores make little difference in real world situations. Reviewers found little difference between the Galaxy S4 variants and that’s likely to hold true this time around. 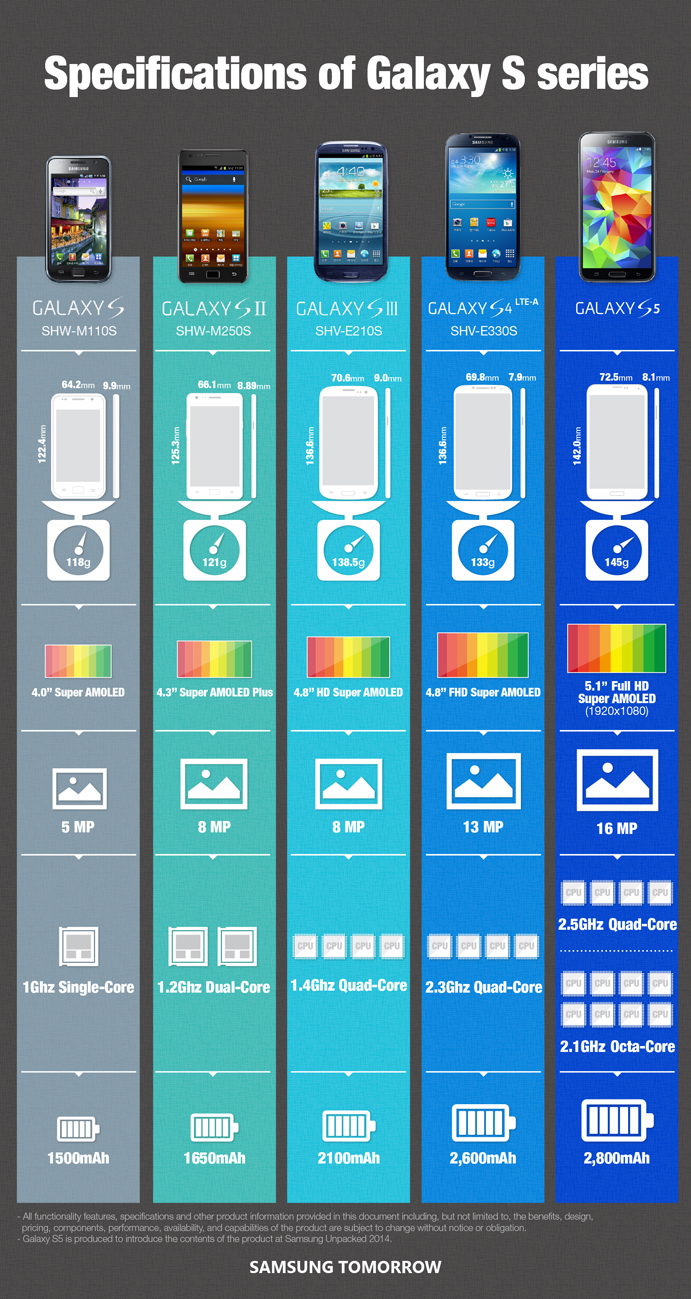