At a small media event in Mountain View today, Google announced the launch of Chromebox for Meetings, a $999 Core i7-based ASUS Chromebox setup with a remote, camera and microphone for conference rooms. The system uses Hangouts in the backend and is also compatible with existing conferencing setups from Vidyo and UberConference (for phone calls).

The system includes all the components necessary to run a meeting, with the exception of a display. For the first year, users don’t have to pay any additional costs; after that, the cost is $250 per year. The product is available in the U.S. today and is coming to Australia, Canada, France, Japan, New Zealand, Spain and U.K. Businesses in the U.S. will be able to buy it through CDW, and resellers will be able to get it from SYNNEX. Both HP and Dell will make Chromeboxes for meetings available in the coming months. 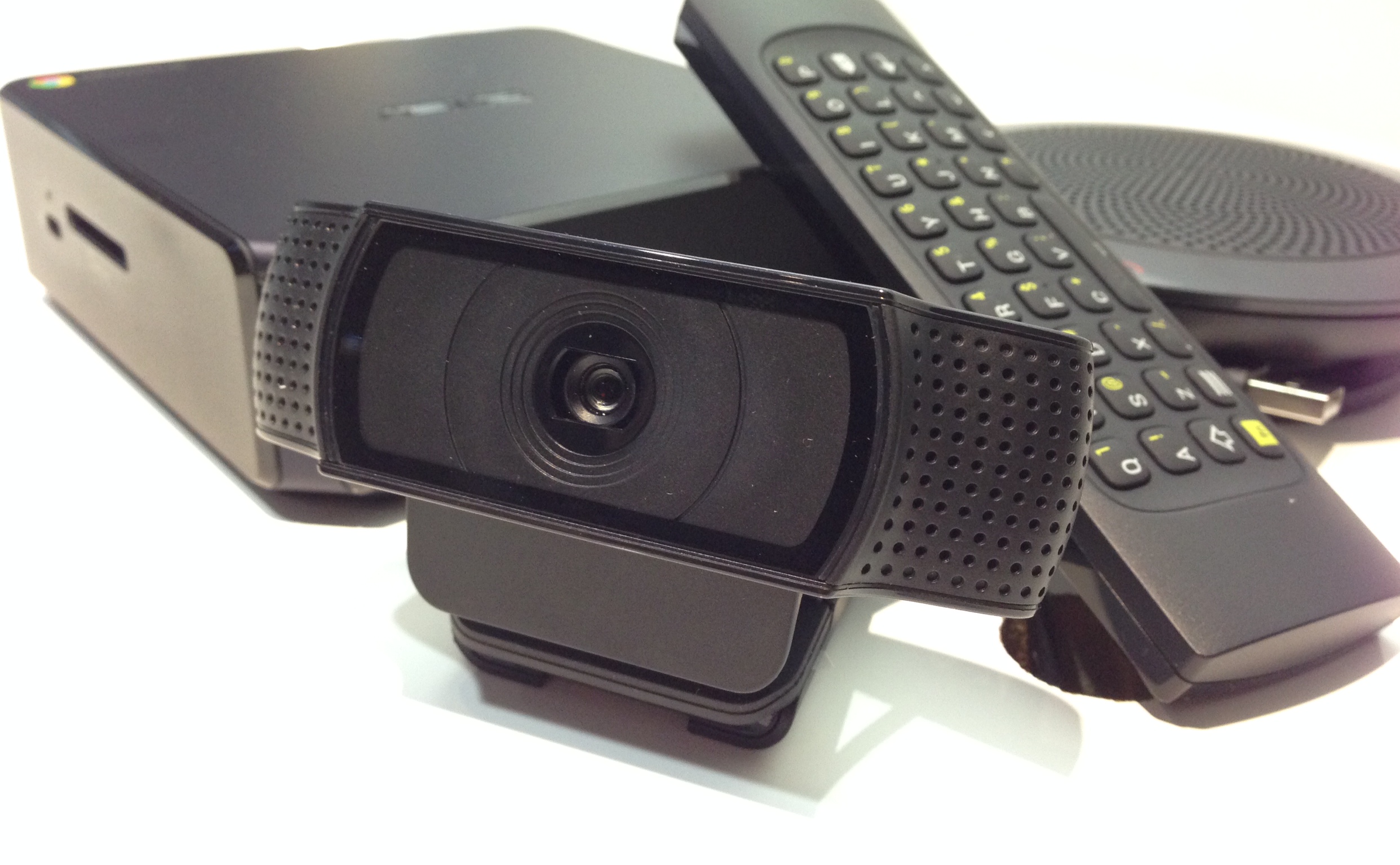 As Google VP for Product Management Caesar Sengupta noted during today’s event, despite all the advances in video conferencing technology, remote meetings are still too hard. Over time, Google itself has developed a variety of solutions for its own teams and now, the company has decided to make some of this technology available to other businesses as well.

Sengupta hopes that this product “will transform meetings and meeting rooms. When you think of a meeting room, they have looked the same for the last 25 years.” It’s never clear when a meeting room is really available because the printout from the morning that somebody pinned to the door may not be up to date anymore. 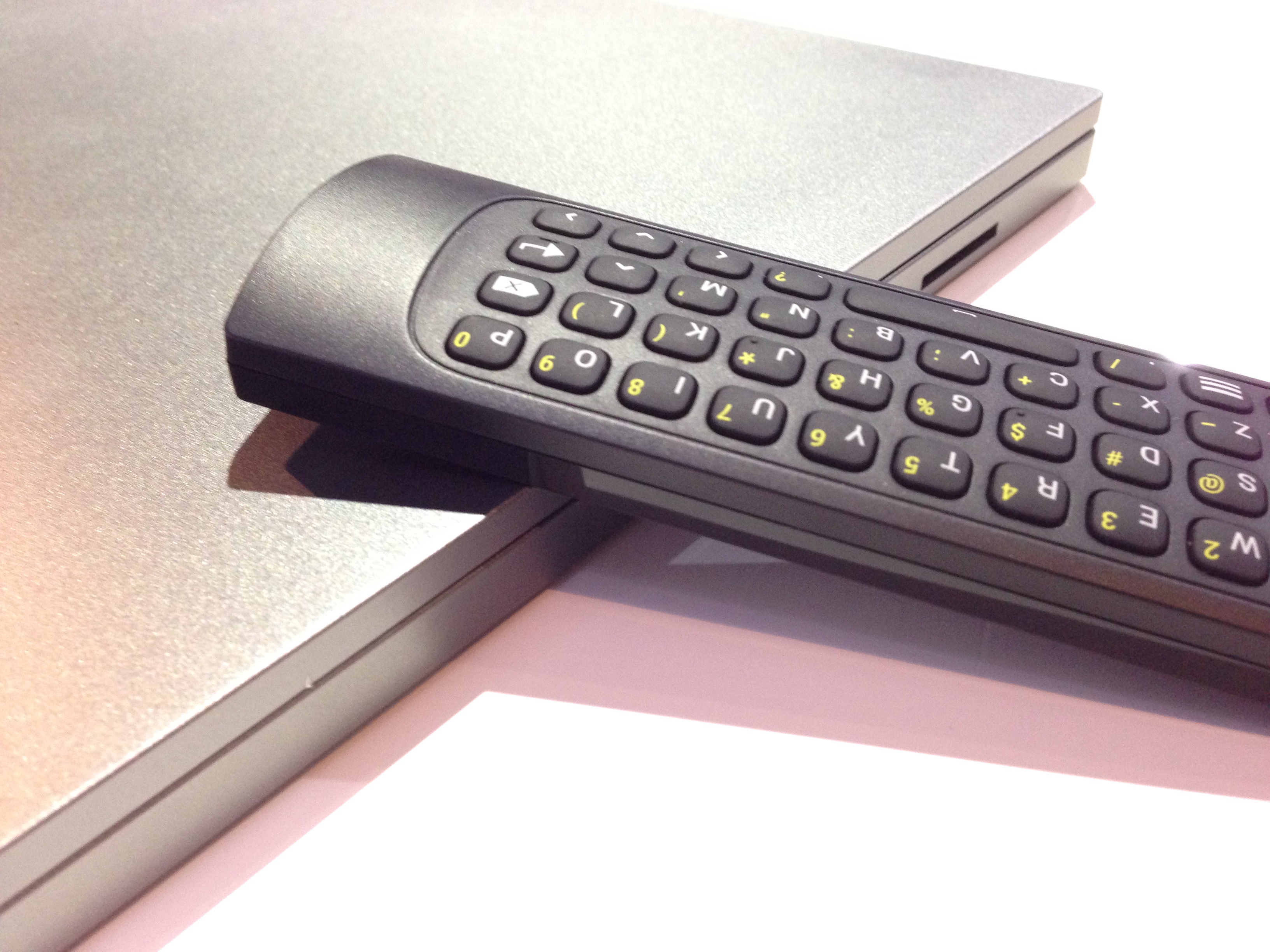 The system is deeply integrated with Google Calendar, which will also allow you to schedule conference rooms. The display will always show the schedule for the room (and rotate pictures in the background). If you’ve ever set up a Chromecast, the design will look very familiar.

Because the system uses Hangouts in the background, users can attend these meetings from any device that can run Hangouts. In total, Chromebox for Meetings supports up to 15 video streams (Hangouts itself tops out at 10 streams). As these streams will often go out over the public Internet, they will be encrypted.

As for the hardware, the system comes with an Intel i7-based Chromebox with four USB ports and a Logitech HD camera that can do full HD and automatically switch resolutions based on bandwidth. It also includes a microphone with a volume controls, built-in DSP and a remote control that includes a full QWERTY keyboard on the back and connects to the Chromebox over a nano-sized USB adapter.

On the software side, Chromebox for Meetings was designed to stay out of the way as much as possible. To start a meeting, users just pick up the remote and get started. There are no pass codes or PINs. If a room is available, users can also set up ad-hoc meetings, and whenever another meetings is about to start in the same room, the software will gently remind the current users that it’s time to wrap up their call.

Unlike regular meeting software, whenever somebody joins the meeting, the system automatically mutes them instead of announcing their arrival with a loud ping. By default, everybody is muted and Hangouts just un-mutes them when they start speaking.

Just like with large Chromebook deployments, these Chromeboxes can be managed remotely through the ChromeOS management console.

Google tested the product internally, as well as with beta partners like Lytro, Gilt, SoftBank and Yelp. In the process, Sengupta said, it found that having more video conferences tends to help improve the corporate culture and increases trust in remote teams.

Typical video conferencing systems, Google argues, tend to be expensive and too hard to set up. Because of this, they are often only available to high-level executives. The company hopes that its solution will be quickly adapted among enterprise. The price, after all, is less than a single ticket between San Francisco and New York.