Social advertising company Unified just launched the new version of its “social operating platform” today, and it sounds like the biggest change is the addition of business intelligence — basically, more customizable, big-picture data to help advertisers see how they’re doing.

To be honest, I wasn’t totally clear at first about how this is different from the data that Unified was already providing its customers, but co-founder and Chief Product Officer Jason Beckerman told me this is much more about tracking general trends and benchmarks, not just a few social metrics around an individual campaign. He added that a lot of this data is currently trapped in Excel, while Unified can bring it together and make it accessible in real-time.

For a more concrete example, Donohue said a large auto manufacturer could use Unified’s BI tools to bring up different visualizations about how their awareness campaigns are performing, broken down by car model and region.

Other features in the new version include one-click sign-in to all of Unified’s applications and global currency support. 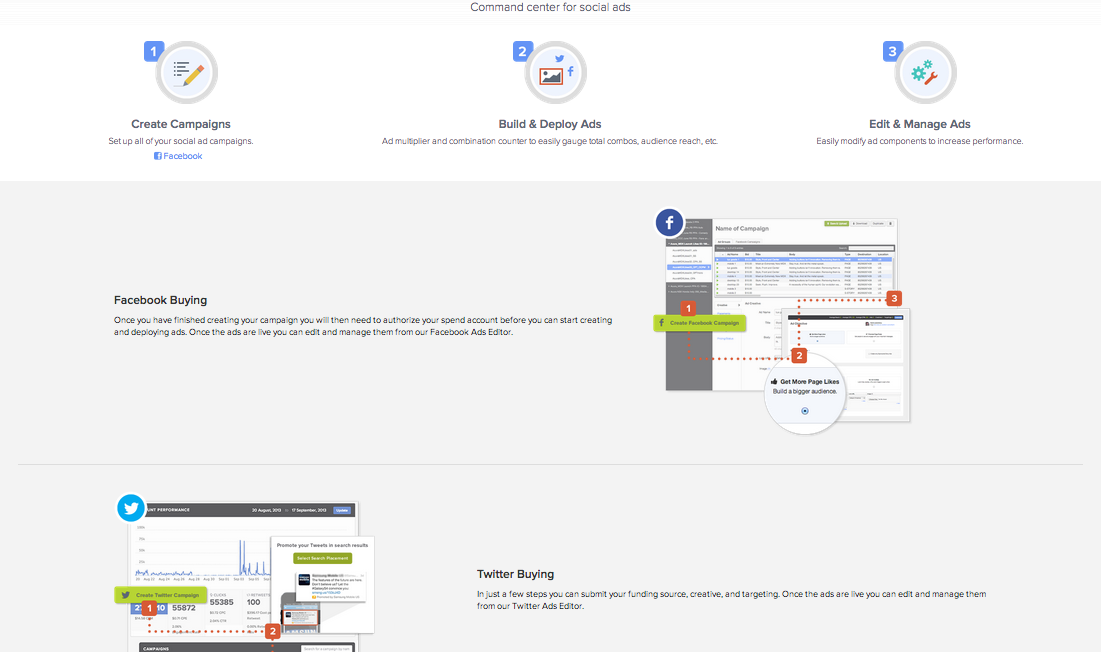 The company, by the way, says it works with more than 500 customers, including Lenovo, Edelman, and PBS. One of the keys to its approach, Donohue said, is the way that it can bring together different agencies and teams, as well as organic content and paid advertising.

“If you have organic content that performs well, you basically have a 24-hour window in order to amplify that content [with advertising],” he said. “Absent [Unified’s] social system of record there’s no way to do it within a day.”