The boost has been driven by Facebook’s mobile app install ads that help developers get their apps discovered outside of the cluttered app stores. This quarter Facebook also introduced new mobile app re-engagement ads that can get users back into apps they downloaded and forgot about. “This is working even better than we hoped” COO Sheryl Sandberg said on the earnings call.

While many predicted the mobile era might kill Facebook, the company has made a remarkable shift on the business side to take advantage of the new medium where others have faltered. Because users spend so much time in Facebook’s News Feed and it knows so much about them, it can show well-targeted, relevant, full-screen ads that bring in good rates. That’s helped every geographic region see total revenue increase of 65% or more over the year.

As for user growth, Facebook’s mobile-only user count increased significantly from 254 million in Q3 2013 to 296 million in Q4. That could mean Facebook users are ditching their desktop entirely, or it’s just recruiting more mobile-only users in developing nations where desktops are scarce.

While Facebook’s total monthly user count increased 3.36% this quarter and 16% year-over-year (172 million), in the US + Canada it only grew 1% from 199 million to 201 million in Q4. That signals Facebook is reaching saturation in those markets and may have begun to lose steam with younger demographics. 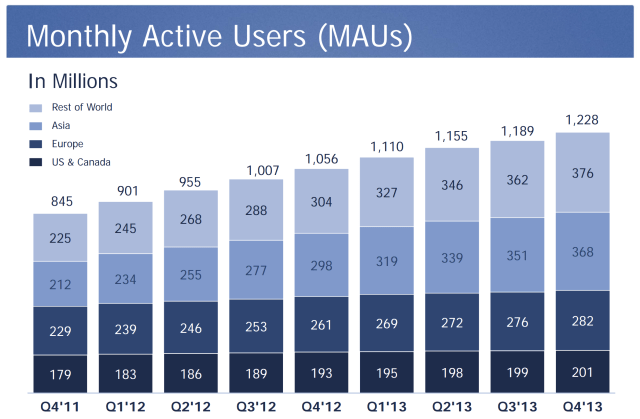 On last quarter’s earnings it admitted that it saw “a decrease in daily users specifically among younger teens” which caused its share value to drop 15%, erradicating growth it made from strong Q3 financials.

At 4:50pm EST, just before the earnings call, Facebook shares are up 10% to $58.90 in after-hours trading. But as I wrote this morning, teens have the potential to make or break Facebook’s share price today. You can expect all ears to be listening for what Mark Zuckerberg says on the upcoming earnings call about how kids are using Facebook.

Update: Facebook said it didn’t have any new data to share on teens. Without damning evidence to go on, investors have responded favorably to Facebook earning $2.59 billion in revenue.

What was interesting was how Zuckerberg outlined a big new strategy for Facebook: more standalone apps. Read about it in my long-form feature piece “Facebook’s Plot To Conquer Mobile: Shatter Itself Into Pieces“.] 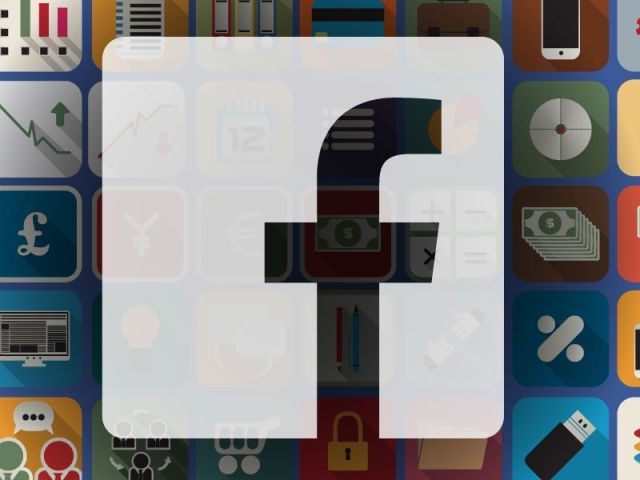