For a region noted for its problem-solving orientation and progressive ethos, Silicon Valley has managed to anger a pretty wide swath of American society. Some of the blows have been self-inflicted, like venture capitalists who compare progressivism to Nazism or who block access to public beaches. But those issues are mere skirmishes compared to the war over increasing inequality in San Francisco and the Bay Area, which have led to attacks on private buses and stalkers of Google executives.

Unfortunately, all of these trees are obscuring our view of the forest. The kerfuffles over housing, company shuttles, and arrogant techies pale in comparison to the much more fundamental issue facing Silicon Valley today – people across the country are starting to hate us, and that is not going to change anytime soon.

This is an exceptional period for the most exceptional region in the country. Never before in Silicon Valley’s history has the work of entrepreneurs and engineers been under such assault. Privacy critics have been on a tear since the NSA leaks by Edward Snowden, George Packer has written extensively on the “unwinding” of the American economy and the obliteration of the middle class, and Evgeny Morozov has aggressively criticized the messaging emanating from startup circles about “Internet centrism.”

The technology industries around Silicon Valley have had a remarkable run in building support among the general public for our innovations. That tide has permanently turned, and our community is ultimately to blame. The causes are numerous and include a changing business focus, exceptionalism and disruption, as well as an increasing media glare. How we navigate this new environment will determine our ability to build the future innovation we have come to expect.

Expecting Gold And Finding A Lump Of Coal

At the heart of this controversy is Silicon Valley’s changing emphasis from pure technological advancement to disruption of existing manufacturing and service industries. For decades, the region worked in greenfield territory – spaces where existing incumbents were only other technology companies or simply did not exist. The advancement of vacuum tubes, defense technologies like radar, and integrated circuits in the 1920s through 1960s essentially had no antecedents.

Never before in Silicon Valley’s history has the work of entrepreneurs and engineers been under such assault.

Often, Silicon Valley companies had to compete directly against large technology conglomerates on the East Coast like RCA or DEC. While startups did not have that kind of scale, they were instead far more nimble and could build new technological innovations at a speed envied by the plodding behemoths. That original focus on product remains one of the defining characteristics of the business culture that permeates the Valley to this day.

Support for these early startups was high. These technologies were key components of the U.S. war effort during World War II and the Cold War and thus enjoyed substantial public support through the Office of Scientific Research and Development and later through the Advanced Research Projects Agency of the Defense Department. These advancements also connected to the broader societal belief in progressive science. In short, engineers were the rock stars of the 1960s (minus that band named after bugs).

That greenfield technology culture remains at the heart of some of the best-known companies today. Take a company like Google, whose founders were both in the computer science doctoral program at Stanford. They focused on the technical solution to a vexing problem about how to use citations to quantify the quality of a research paper (a mathematically sophisticated problem involving sparse matrices and Markov chains). As Google came to fruition, its main competitors were other technology search companies like Yahoo and AltaVista.

Google, though, is looking more and more like an exception. Today, the largest companies coming out of Silicon Valley no longer exclusively target greenfield territory. Take some of the highest valuation companies from the past year, such as Airbnb and Uber. These companies are not operating in empty space, but rather against significant entrenched non-technology businesses. This is a first for Silicon Valley, and it is the start of something fundamental – we are not just creating whole new categories, but reconfiguring non-technology ones as well.

This new type of disruption is far more pernicious and far more political to boot. Silicon Valley still believes that it exists in a creation world, where it builds new things that create exclusively positive value. That has been a fair assessment historically, but that is no longer the case. Today’s companies are increasingly destroying the value of existing companies to create the next generation of products and services. We can argue whether the end result is a net benefit to society, but we cannot avoid the immediate impact our work has on the rest of the country anymore.

My, Aren’t We Special?

Silicon Valley is a special region, and its founders are exceptional. The business history of the region is staggering, as any map of the corporate headquarters in the Bay Area can attest. That record has almost always been bolstered by positive media coverage and a general sense from policymakers that what we did was fundamentally good.

Now that the Valley’s companies are increasingly competing against traditional businesses, society is not so quick to give us a pass on this behavior. Take Airbnb and Uber again, both of which have attempted to avoid regulations and taxes in their fields (hotel taxes and taxi and license commission regulations, respectively). The tech press often writes these up as “disrupting” unwieldy government regulations, and to a degree, this is accurate (the best writers also mention that many of these laws were designed with consumers in mind, back when cabs and hotels were far less safe than they are now).

Silicon Valley still believes that it exists in a creation world, where it builds new things that create exclusively positive value.

For the most part, these companies have managed to mitigate their insubordination. Yet, the same special rules never seem to apply to small and medium size businesses like an independent bed and breakfast, which lacks the financial and legal muscle to ignore such regulations without risking its entire business. It is this exceptionalism that in the past has been heralded, but in the context of today’s economic environment invites significant blowback.

I am reminded of a passage by William Deresiewicz in one of his deeply introspective essays. Deresiewicz, a former Yale faculty member, attempts to explain the difference in culture between elite private schools and more open public ones:

There are due dates and attendance requirements at places like Yale, but no one takes them very seriously. Extensions are available for the asking; threats to deduct credit for missed classes are rarely, if ever, carried out. In other words, students at places like Yale get an endless string of second chances. Not so at places like Cleveland State. My friend once got a D in a class in which she’d been running an A because she was coming off a waitressing shift and had to hand in her term paper an hour late.

Exceptionalism is what makes Silicon Valley able to build something where nothing existed before, but it is also creating increasing animosity from the public against our way of innovation.

The Glare Of A Thousand Klieg Lights 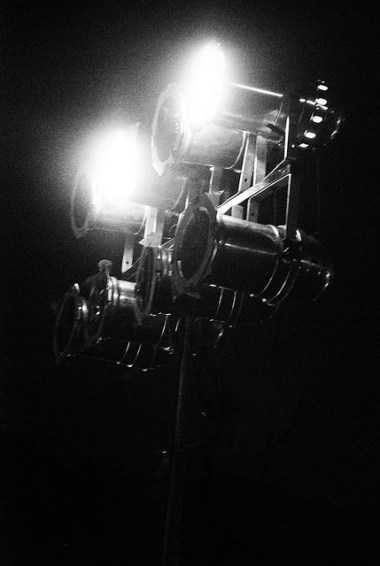 People in Silicon Valley have not changed dramatically, but the enormous increase in media attention on the region is playing its own part in this saga. Examine the tech media landscape today. There are dozens of major portals for technology and startup news, and just in the last few weeks, several more have started or expanded.

Press is on the whole beneficial for startups. It helps to drive customer adoption, it brings attention to the next faces of business, and it can help grease the wheels of innovation. Certainly, tech journalists will work on investigative pieces, but their value is not in covering the worst of the past, but in connecting us to the potential of the future.

Unfortunately, the media’s role is changing from one of optimism to one of cynicism. That cynicism is driven in part by increasing competition, where a negative story about an arrogant techie drives more views that a constructive story about a company that might succeed in the next few months. The outrage press, which has long been absent from the Valley, has definitely arrived in full force. Yet, no amount of outrage will ever create the next Intel, Apple, Google or Facebook, and so we need to keep our focus on the most promising new developments.

What A Maze. Is There A Map?

Silicon Valley’s environment has changed a lot, and so has the region itself. Our products are no longer sui generis, but instead directly compete with existing industries. Our notions of exceptionalism are becoming more and more dubious as we increasingly disconnect from the society around us (and by extension, the very customers we are hoping to serve). Plus, we have a media that is increasingly incentivized to bring attention to the least valuable parts of the innovation process.

There is not an easy battle plan that comes from this, but there are clear steps to take to assuage the worst of the blowback.

First, as Kim-Mai Cutler wrote this week about the inequality crisis in San Francisco, technologists need to engage their community and society far more than we have in the past. If we have the audacity to disrupt entire industries, we should have the audacity to take on the most pressing problems facing our communities, including a lack of affordable housing. Technology doesn’t have to be the sole solution, but it certainly can have a helpful effect on alleviating these problems.

Second, we need to be conscientious of how we approach dissent to existing laws and regulations. In the case of Bitcoin, an aggressive set of characters who led that technology’s expansion may well end up in prison. While the U.S. government may be slow at times to react, it can react forcefully and indiscriminately when it chooses to. Silicon Valley needs to connect better with people across the country and their leaders, ensuring that the greatest possible number understand the work we do and why it is vital.

Finally, and most importantly, take a moment to deeply understand the fundamental changes that Silicon Valley faces. The rules and attitudes we operate in are very different than historical memory, and anyone who works in startups needs to adapt to this new environment. While we have not done a particularly good job in communicating this past year, I do believe the best is yet to come from this region. Let’s do our part to keep the focus on building things up, rather than tearing them down.