Let’s get this out of the way up front: I was prepared to dislike Jelly after its reveal. After all, when Twitter co-founder Biz Stone described the new startup as experiment designed to “make the world a more empathetic place,” – yes, a mobile Q&A service – it’s hard not to roll your eyes. And if you look at some of the usage in Jelly’s first days, it’s at least equal parts enlightening and ridiculous.

Some questions, like those asking for an opinion or an easily recalled fact, see a flurry of activity, and many genuinely helpful answers. Others, especially many of the popular “what is this?/who is this?” variety, can come across as people just playing games. (I mean, that beverage is clearly on your kitchen countertop, where someone – maybe you?! – just poured it, and you don’t what it is? Ugh.) 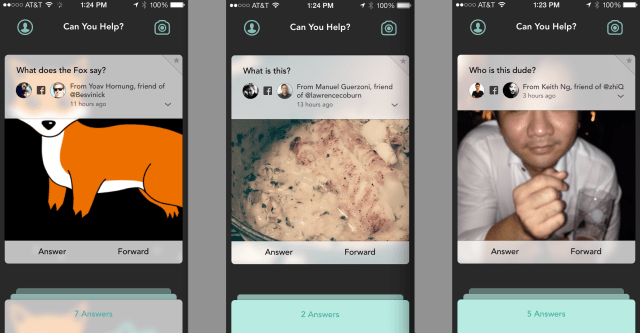 But despite my preconceived notions, and despite the tendency for some in the community to respond to inquires with dumb jokes or snark, and despite a handful of minor user interface complaints, I think Jelly has…well, something.

Jelly has not introduced any new social interactions, either, like the 140-character tweet, the social network status update, or the disappearing photo.

Instead, the service is a mishmash of concepts that have already been proven to work on mobile: image-based messaging, truncated text (like Twitter, there’s a character limit on Jelly as well), an addictive, swipe-able interface (reminiscent of Tinder), and the ability to dive in and participate in spare moments of time. These characteristics have been blended together in a way that immediately makes the app feel both familiar, and yet, somehow still fresh.

Jelly As The Embodiment Of The “Lazyweb” 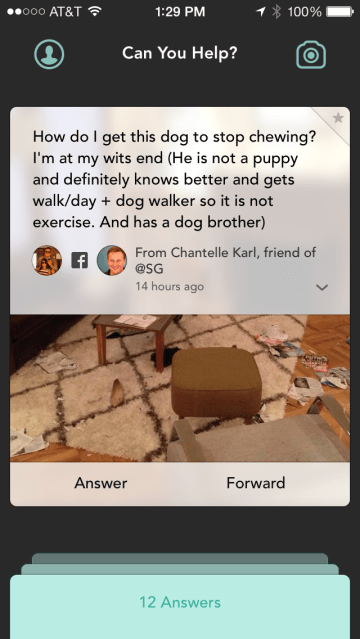 More importantly, there’s the utility of Jelly itself. Does a mobile Q&A service like this make sense? I’d argue that it does. It’s the embodiment of the so-called lazyweb – the “dear internet” call-out, which invites responses by nature of posting to a public network.

Meanwhile, Jelly also fits into the more modern paradigm of passive, lean-back – yes, lazy! – search, propelled forward by things like Google Now. On Jelly, you throw your question out there into the void, and then it’s no longer your responsibility to dig through and analyze a list of links to find the answer. You just swipe, swipe, swipe.

Of course, the answers on Jelly may not be scientific, they’re sometimes even factually incorrect, but they give you a sense of the right answer or the general sentiment. It’s the “good enough” version of search that takes much less work.

In fact, Biz Stone has even gone so far as to declare Jelly a “Google alternative.” Speaking with Bloomberg Television on Tuesday, he said, “I’m not necessarily trying to take them on… I just think there are some percentage of queries that are better answered by a human mind than retrieving a document that’s already been published.” When you ask a person a question, you get more nuance he explained. It’s the differentiation between information and knowledge.

The early opinion surrounding Jelly has been positive – and I don’t mean just from so-called “tech pundits,” to be clear. According to measurements from Digimind, during the first couple of weeks of January, 77% of Jelly’s early adopters were speaking favorably about the service in online conversations, while 19% were negative.

Digimind also noted Jelly mentions spiked after Facebook CEO Mark Zuckerberg was spotted using the service – an indication that he’s not just vaguely aware of its existence, but curious enough to actually test the waters this early on. (And in case you’re curious what the “Zuck effect” looks like: on Jan. 12 there were 840 mentions about Jelly, and the next day there were 1,244.)

Early adopters were found in the U.S. (33%), U.K. (11%), Spain (6.5%) and India (4.2%) in the early part of this month, adds Digimind. But remember – they only tracked those mentioning the service elsewhere on social media, not downloads or rankings.

U.S. The Top Market, But Jelly Already Has Spikes In Europe, Asia And More

In the top countries, Distimo saw over 300,000 downloads for the iPhone version of the app, to give you a sense of traction. 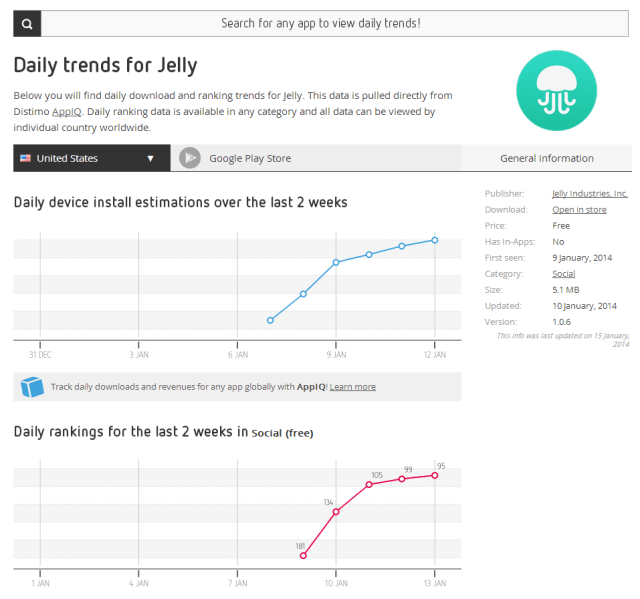 But now the buzz of the launch has worn off, and downloads have slowed, notes app analytics firm App Annie. You can see that Jelly’s downloads had first jumped up, then fell within the last couple of weeks since its inception, which is a pretty tight frame for a drop, they note.

On Google Play, the app hasn’t hit the top 50, while on iOS, it actually ranked in the top 10 for a little while. (This, likely thanks to being featured on the App Store.) 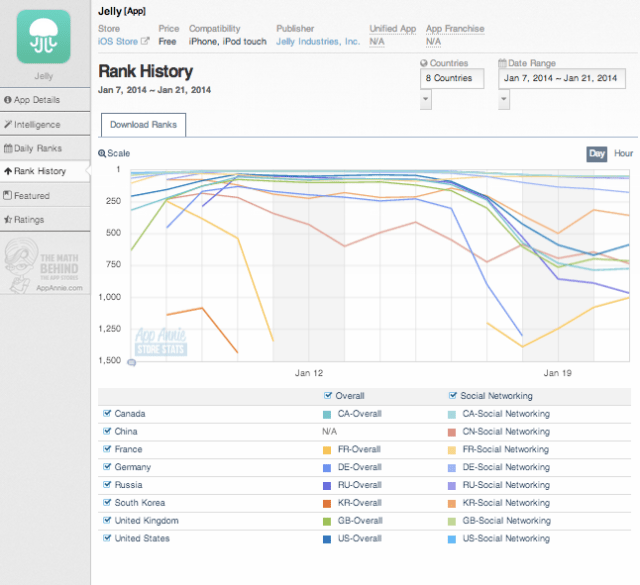 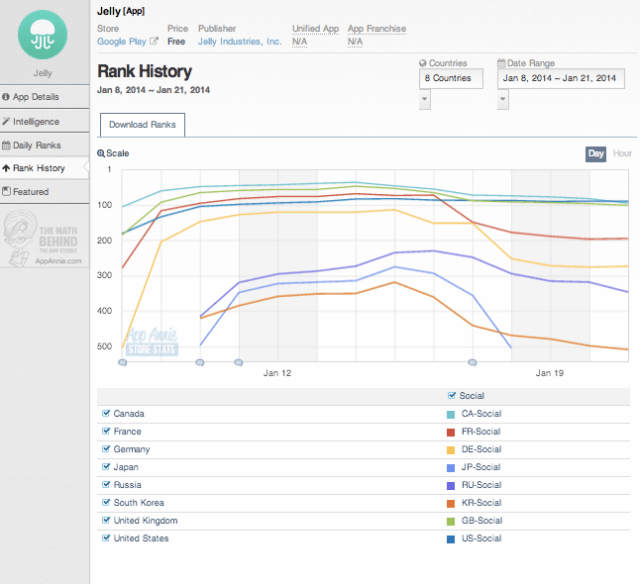 Jelly vs. Other Social, Q&A Apps

It’s also interesting to compare Jelly with competing apps, like Quora for example. The Quora app has been around since 2011, but Jelly has already scored more downloads in several markets within its fist couple of weeks than Quora has seen to date. That’s a promising start, despite the downward trend on downloads. 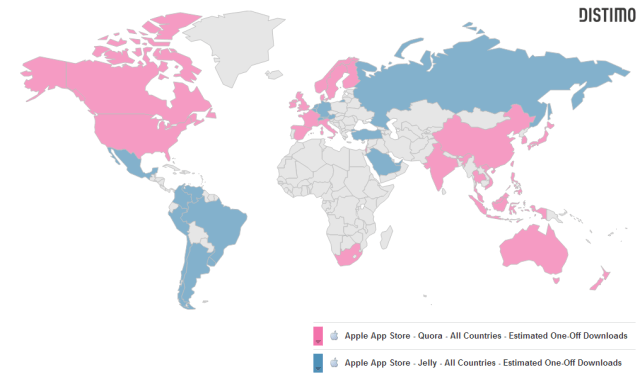 Meanwhile, when you compare Jelly with other social apps like Vine or Pinterest, you can see that while each has experienced post-launch dips of their own, in time they were able to maintain their positions in the top charts on the App Store. 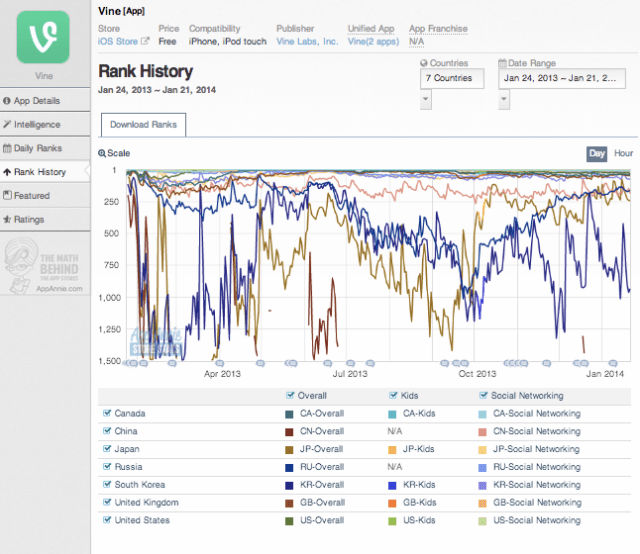 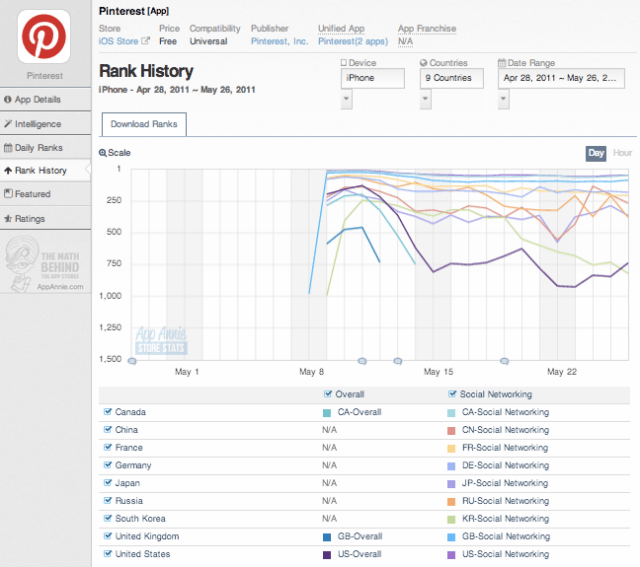 In any case, Jelly’s trajectory is too short for now to make sweeping judgements about its long-term staying power. The question for the startup going forward is whether they’ll be able to quickly add the functionality users demand, tap into more viral growth, while also spending more on app marketing to help the app push its way back up the charts again.

Jelly also needs to address the issues with the low-quality questions and answers, which turns users off from the service entirely, as the experience degrades. Whether Jelly can accomplish all this remains to be seen, but I wouldn’t be one to count it out just yet.