With Pinterest poised to take its first ad product, Promoted Pins, public, retailers and brands that have so far been testing the waters on the social pinboard are now beginning to look more seriously into optimizing their activity on the site. One company that has been helping in that area is Ahalogy, a Pinterest marketing platform which is today announcing $3.1 million in Series A funding, co-led by Hyde Park Venture Partners and Origin Ventures.

Also participating in the round were CincyTech, North Coast Angel Fund, and Vine Street Ventures. In addition, the round will see Ahalogy gaining two new board members: Origin Ventures’ Brent Hill, previously an exec at Twitter, Google and Feedburner, and Tim Kopp, former CMO at ExactTarget, and exec at Procter & Gamble and The Coca-Cola Company.

First launched in fall 2012, Ahalogy co-founder and President Bob Gilbreath has an extensive history working with brands, and a practical understanding of their marketing needs. 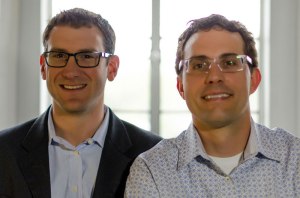 Before Ahalogy, he worked at P&G, later joining digital agency Bridge Worldwide, which was sold to WPP. Within WPP, the Bridge team put together digital interactions agency Possible Worldwide, where he remained for a year as Chief Strategy Officer, before moving into the world of investing at Cincinnati-based CincyTech (now also an Ahalogy investor).

While there, Gilbreath met up with his Ahalogy co-founder Michael Wohlschlaeger, who had gone through the Brandery accelerator and was working on an idea called StyleZEN, a “Pandora for fashion,” so to speak. Gilbreath invested in the startup, and joined the board, but the startup struggled to drive traffic.

Wohlschlaeger experimented with Facebook and Google to increase traffic, but nothing was working, Gilbreath explains. “Out of desperation, he began doing rapid experimentation on Pinterest, and ended up developing a methodology and writing some tools that led to some amazing growth and traffic from Pinterest,” Gilbreath says. “We sort of looked at this and said, ‘I think you just discovered what Pinterest can do at scale,'” he recalls.

They realized that the technology itself had more potential than StyleZEN did, and decided to form a company that would place it in front of the thousands of brands waking up to the realization that Pinterest now mattered. That company, of course, became Ahalogy. 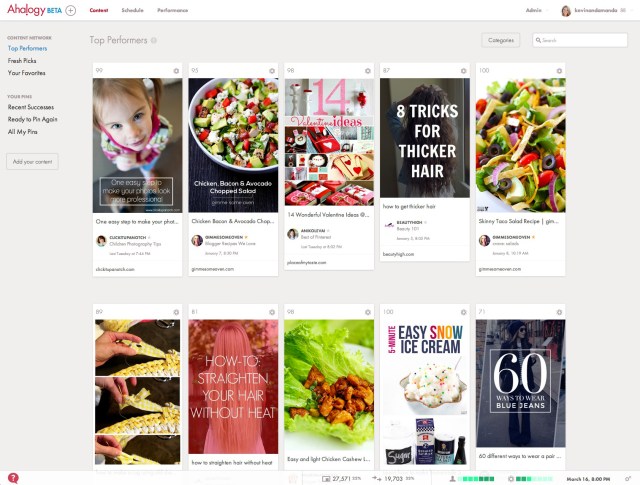 Today, Ahalogy works with a little over two dozen brands, including names like Kellogg’s, Townhouse, Eggo, Rice Krispies, Kraft, other P&G brands, Gap, Piperlime, Frontgate, Grandin Road, and more. Gilbreath explains that while other firms may have hundreds of clients, Ahalogy goes deep with a smaller number – they even turn down customers when they don’t feel that they would benefit from the optimization and marketing assistance Ahalogy currently offers.

Another key difference between Ahalogy and competing firms is the business model: it’s not a social media software platform sold on a subscription basis (SaaS). 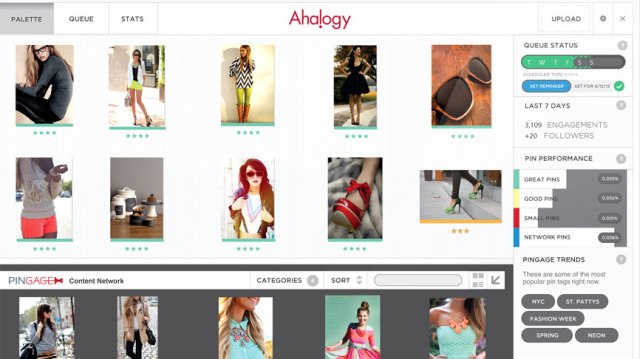 “To be honest – I know this from being there – marketers don’t have more time. They don’t have time to be experts on any one platform,” says Gilbreath. And if they don’t end up actually using the software, then renewals can become a challenge. Plus, he adds, brands don’t like a monthly fee type of model because it comes out of their cost center budget, rather than their media budget, and it’s disconnected from real-world performance.

So Ahalogy is a pay-per-performance model instead. The company works with its clients to source and optimize their content, uses a scheduling algorithm that helps to place pins at the right time, and works with brands as to what should happen when consumers then click through from the pin to the website. (Typically, they show an interstitial which prompts the user to convert to a follow, or take some other action.) 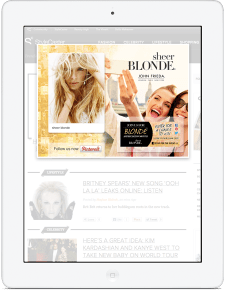 Another key thing Ahalogy has developed is a content network. Because gaining visibility on Pinterest means posting more than a pin per day and hoping for the best, the company has developed a content network to provide brands’ with things that they can pin in order to promote themselves on Pinterest. The network includes a variety of bloggers, like those covering fashion, food and recipes, or other popular Pinterest categories, plus larger groups like StyleCaster, and more. These content creators were the original beta testers for Ahalogy’s tools, and have agreed to allow the brands to use their content and images for free in exchange for access to the traffic-boosting Ahalogy technology platform.

With the content in hand, and the marketing optimization technology from Ahalogy that helps drive traffic to the brands’ own sites, Ahalogy is now seeing a million-plus run rate, says Gilbreath, with pricing that’s at a minimum in the $5,000-10,000 range. In return, brands see 80% re-pin rates, and 1-2% average click-throughs. 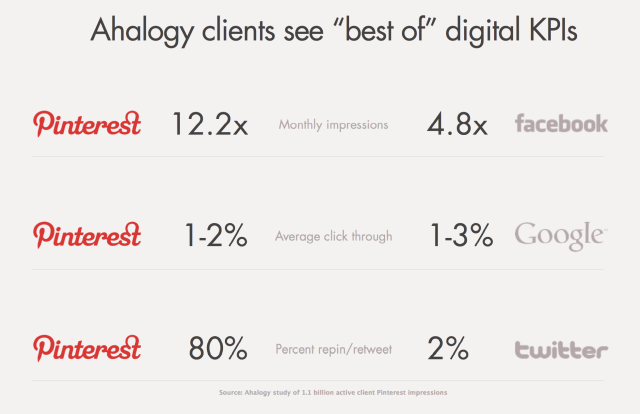 With the additional funding, Ahalogy will grow its 23-person team, and will focus on expanding its efforts on Pinterest when Promoted Pins goes live. It will also expand its content network to assist with brands’ needs on other social networks, as well, including Facebook and Instagram.

“We have over a thousand content creators, 140,000 pieces of content with images, all categorized by topics..and the analytics as to what’s working right now,” Gilbreath notes. “We’re figuring out ways to take the great content that’s out there, scoring it on quality, then giving the brands the flexibility to share that in many ways,” he says.