Update: Apple has reached out to us to let us know that there’s nothing new about these surveys, and that they’ve been running them since the launch of the first iPhone. The nature of the questions change depending on what’s new in each generation, but that’s the only difference in terms of their content. The story below has been updated to reflect that, and we regret the earlier error that conveyed this version of the survey was more unique.

Apple is sending out a survey asking shoppers who have recently purchased an iPhone to provide some feedback about their purchase and their experience with the device. TechCrunch ran through the survey, providing sample answers to determine the outcome, and found that there were a few areas in particular Apple wanted to hear more about from its customers.

The survey is relatively long, taking around 10 minutes to complete (probably a bit longer if you’re really focusing on the answers). One area that indicates what Apple might be looking to divine with this questionnaire is the section that you get into if you tell the polling process that you considered buying an Android phone before settling on an iPhone. As you can see below, Apple is very interested in finding out why you might be considering going over to the Android side. 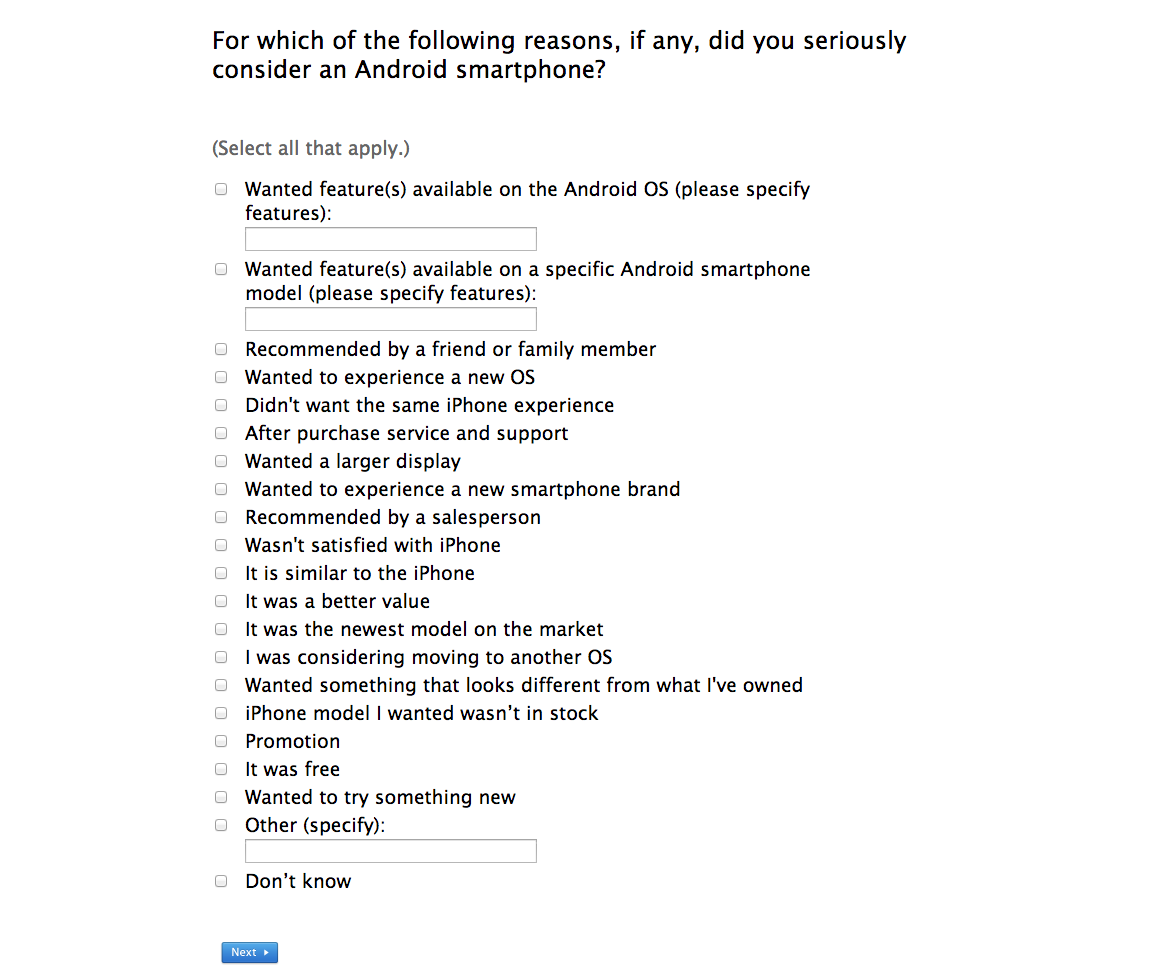 Apple also asks which Android OEMs that survey participants considered buying devices from, and in a later section, what features and smartphone characteristics (design, build, battery life) were important to their purchase decisions, as well as how influential they were. An in-depth post from NetworkWorld tells how Apple conducts surveys on products frequently for “high level” internal use, and has done so on multiple past products.

Apple also asks about iPhone 5s-specific features, feeling out what particular part of the iPhone 5s resulted in a purchase decision over other models in its lineup. Essentially, it lists the same key elements that it does both on the iPhone 5s feature page on its homepage, as well as those it drove home during its iPhone launch event last September. One area it pops out for additional feedback is Touch ID, the fingerprint-based unlocking mechanism that operates via the iPhone 5s home button. 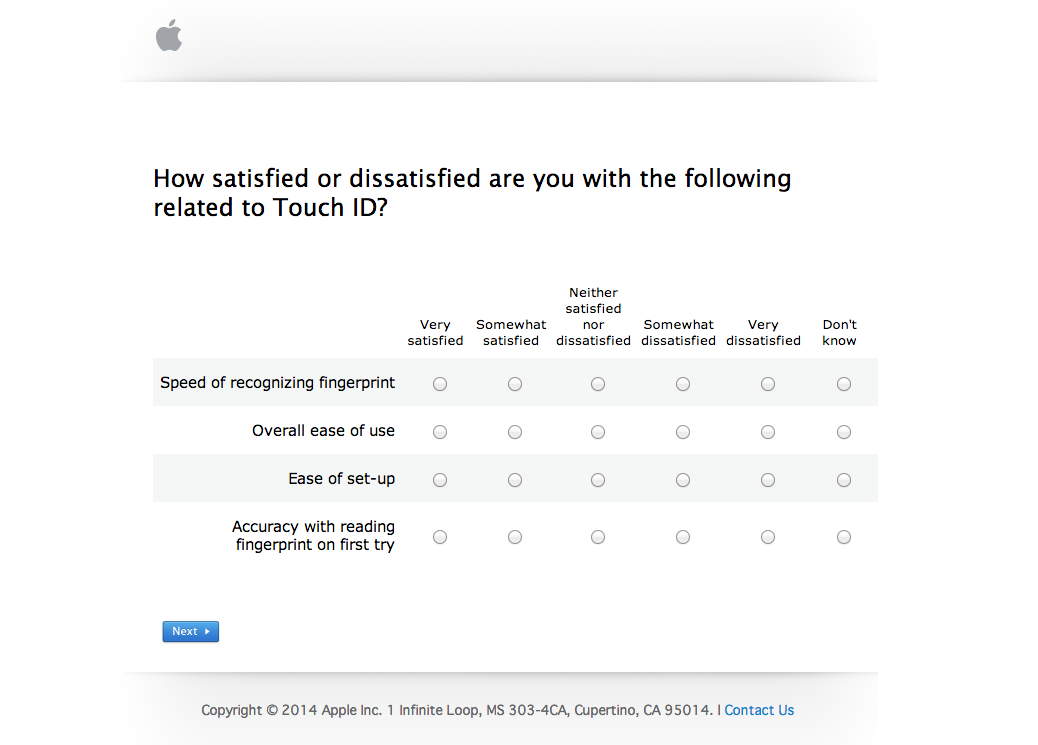 Since the iPhone 5s launch, there have been reports of Touch ID accuracy changing or degrading over time, sometimes tied to seasonal shifts and other possible causes. But Apple always asks about new features on this survey, and it’s likely looking primarily to figure out what areas related to Touch ID it can improve to boost customer satisfaction with the tech in the future. Apple also asks for feedback about the iPhone 5s camera, for example, and there are few complaints about that area of its tech.

The survey in question was sent to someone who bought an iPhone on December 6, and a MacRumors user reported receiving the survey this AM after a purchase last month as well, so recent purchasers might want to check their inboxes to see if they’ve also been selected to take part. Check out the whole thing in its entirety below if you’re curious.