HP isn’t letting a little thing like its Palm’s WebOS debacle stop it from trying to crack the lucrative smartphone market – it revealed to Re/code today that it will ship new 6- and 7-inch Android-powered smartphones beginning in February, kicking off in the growing Indian mobile market.

The smartphones (no they’re not tablets, though their size would seem to indicate otherwise) distinguish themselves by being voice-operated, and based on HP’s first render pictured above, look an awful lot like a scaled up BlackBerry Z10 or Z30, with the pixelated back panel of a Nexus 4.

The HP Slate 6 and Slate 7, as they’re called, are powered by Android 4.2, sport a quad core processor and each have 16GB of onboard storage, complete with MicroSD card expandability for adding up to 32GB more. Neither is full HD resolution, with the Slate 6 offering 1,280 x 700 pixels on its IPS display, and the Slate 7 bumping that up a notch with 1,280 x 800. They’re both under 10mm thick, and they sport a modest 5-megapixel rear shooter, with a 2-megapixel front-facing camera. They also have front-facing speakers, a rarity among tablets or phones. 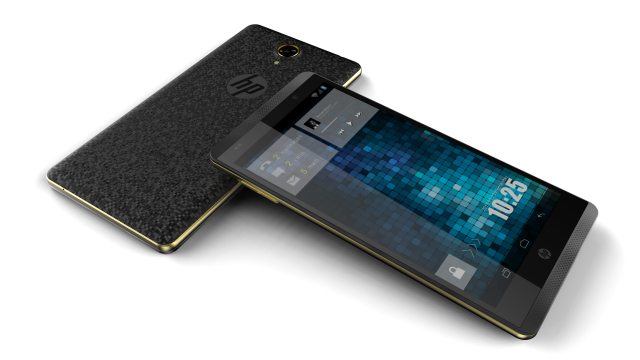 According to what HP told Re/code, these won’t necessarily be coming to North America or anywhere else in the world. HP is targeting them at India specifically because it has a tremendous foothold there, where it leads the PC industry by a good margin, and because they found the strongest interest there from consumes when polling various markets.

One thing I’ll give HP right away: They’re officially referring to these things as “voice tablets,” which makes much more sense than trying to get away with referring to them primarily as smartphones, given their size. They still support standard phone voice contracts, however. Who knows? Maybe there will only be voice tablets by the year 2020, and anything remotely smartphone-sized will have gone the way of the dodo. Note that I’d do anything to prevent this bleak dystopian future from coming to pass.