Gift giving is very anticlimactic. You hand something over, the recipient tears it open, and you’re done. Maybe there are hugs exchanged, maybe some high fives. Whatever. Cheetos, beer, and football the rest of the night.

But get a load of the Timeless Box. It’s an $100 aluminum (or titanium) box that is locked shut for a period of time – between a few days and a year. You put something small inside it, lock it, and hand it over. Then, a month later or whatever, the recipient hears a little click and the box opens. You can be gone, dead, flying around the world, in deepest space, and they get a little memory of you that pops out as if by magic. Note: do not put live animals into the Timeless Box. 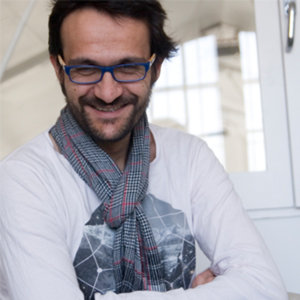 I asked the creator, Ignasi Giró, for some help in understanding this thing. Giró is co-founder of Honest&Smile, a design agency in Barcelona, and he seems pretty grounded in the deep truths of the universe.

TC: Why did you build this?
Giró: We live in an “ever-connected” and kind of “super empowering” society. But we end up sending poor “Happy Birthday” messages from airport waiting rooms. Or forgetting about what we really wanted to become one year from now. So, I really felt there was room for a sort of “anti gadget” that removed almost all power to its users… but gave back two very precious things: A re-gained perception of time passing by, neatly confronting something from years ago with your present time and an extremely simple and easy to use time-capsule object, that won’t get lost with time, or that you won’t need to call NASA to set up properly.

Having this in mind, adding to it all the wonderful literacy and storytelling about the subject (from Dr Who’s TARDIS references, to “time travel tales” and general relativity, too), the idea grew quickly and developed into what you are seeing today.

Oh, and there’s also a virtual version, here, to beta test virtual boxes, that is completely responsive for phones and tablets.

TC: Isn’t it kind of morbid?
G: Ha ha ha, well, maybe, yes.. Some people take it that way, and start considering extremely cruel uses for it. To punish their kids, for instance, by hiding their iPod inside for a few days. Also, someone told us he would give a 10 years locked Titanium Timeless Box to someone, and leave it… empty! Imagine, waiting 10 years for it to open, and then find nothing inside. But most of the people connect with that special moment they don’t want to miss, when their kid will turn 18, or when that good friend in Europe will get married. Furthermore, people consider using it to send messages to their future self, as a kind of reminder of what you wanted to accomplish. And, well, yes, we can’t deny it, the Timeless Box can become a very valuable tool for someone wanting to leave any kind of legacy or message to their loved ones, to be opened in some future moment when he or she feels won’t be there anymore.

TC: How secure is it? Can I crack it open?
It’s built into a two pieces of solid aluminum (and there’s a Titanium one, too). It’s solid, sure. Off course, its not unbreakable. But you certainly will have to be pretty mean and aggressive to get into it. We feel the best safety mechanism it has is it’s design: it looks to beautiful to harm it or destroy it. And, well, it’s also a game: you can always break the rules, sure. But then it’s not a funny game anymore.

That’s some pretty heady stuff in this season of giving. Pretty heady indeed. You can pledge to get a Timeless Box right here. I’m going to fill mine with cheese.