Lemon, a digital wallet platform which allows users to store their ID, payment, loyalty cards and more on their smartphone, has been acquired by identity theft protection service LifeLock for approximately $42.6 million, the companies are announcing today. LifeLock is also now launching a new application called “LifeLock Wallet,” which is based on Lemon Wallet Plus technology.

For LifeLock, this deal allows the company to expand more deeply into the mobile space. Until today, it only had an iOS app aimed at users of its subscription services, which helped them manage alerts – but nothing modern and mobile-first like Lemon.

“We saw an opportunity to combine an innovative mobile platform – a digital wallet – with access to leading identity theft protection features. The innovation and expertise from a mobile-first company like Lemon gives us powerful new ways to engage with current and future members,” says LifeLock president Hilary Schneider. “The acquisition allows us to accelerate our product roadmap, add additional functionality and data to our platform, expand our market opportunity, better serve our members, and develop a more meaningful relationship with a broad set of consumers,” she adds.

The combination of LifeLock and Lemon also makes sense from Lemon’s perspective, when you consider the “ID” side of the mobile wallet. Identity and fraud protection fit in with what Lemon was already building within its premium tier. 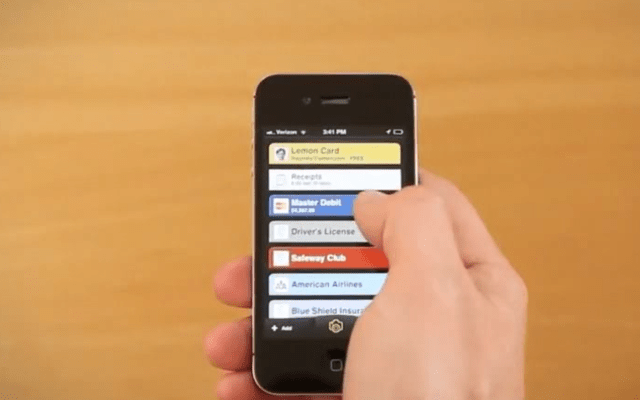 Lemon’s team has known about the deal for weeks, we understand, and all are joining LifeLock following this acquisition. Lemon CEO Wences Casares will join LifeLock as the General Manager of Mobile, and he and his team will operate within LifeLock to head its mobile group. The Lemon Palo Alto team will join LifeLock’s Bay Area office, while the Buenos Aires team will remain there.

Lemon Wallet (Plus) is now forming the basis for the new LifeLock Wallet product, which will take the place of the prior Lemon version. Current users will be notified via the app that they need to upgrade to LifeLock’s Wallet instead. 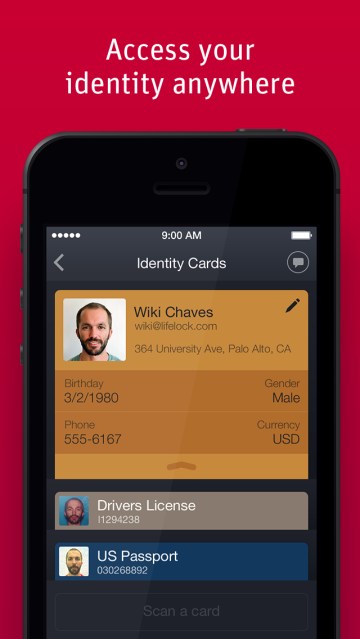 The Lemon Wallet Plus service, for those unfamiliar, was the premium version of Lemon’s mobile wallet application, offering account monitoring, balance updates, a lost wallet service, and enhanced security and card expiration alerts. Previously, these services cost $4.99/month or $39.99/year. Now they will be included for free.

Starting today, LifeLock Wallet will instead direct users to LifeLock’s paid identity protection services, if they want to upgrade from the wallet app. The additional subscription will then add identity fraud alerts, and let consumers use LifeLock’s “Not Me” technology to respond to fraudulent activity.

The upgraded wallet will also include LifeLock’s Total Service Guarantee which provides up to $1 million in professional recovery assistance in the event of identity theft, 24/7 access LifeLock support team, and will allow users to access their monthly credit score.

Lemon Network May Be No More

Casares had been interested in the transformative nature of mobile for some time. Before Lemon, he founded Bling Nation, an innovative, but maybe too early, company originally focused on contactless mobile payments. With Lemon, however, an idea that began as mobile receipt organizer, later blossomed into a more full-fledged mobile wallet. 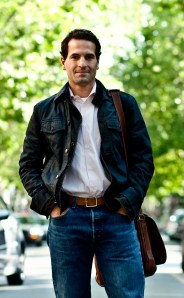 Though users couldn’t actually pay at point-of-sale with Lemon, they could keep copies of all their cards – payment and otherwise – within the app. And they could manage their expenses, receipts, track balances, cancel cards (if your real wallet became lost or stolen), and more. More recently, the company had rolled out the Lemon Network, an attempt to establish a network of merchants who would accept payments through Lemon within their mobile apps, similar to Venmo Touch.

Although the Lemon app is becoming essentially rebranded as the LifeLock app, the Lemon Network may not be as lucky. LifeLock says it will evaluate that technology going forward…which is probably a euphemism for getting the axe.

Lemon, like Bling Nation before it, may have still been a little too early to hit it big, especially here in the U.S. where users are only beginning to grasp the idea of moving their wallet to their phone thanks to things like Apple’s Passbook app and PayPal, which are now inching consumers in that direction.

But Lemon’s product reached millions of consumers, the company had said in the past. It never discussed specifics around traction or revenue, however, which is telling. From what we hear, the deal came about because it was right time to find Lemon an exit, and this acquisition offered Lemon employees favorable terms, which was important to Casares. LifeLock, founded in 2005, is a good-sized company of 700 people, headquartered in Tempe Arizona, with hubs in Irvine and Sunnyvale, California.

The new LifeLock app is here.