If we’re going to prepare future generations for an increasingly technical world (and workforce) ahead, then we need to teach them computer science and engineering. To some, that may sound like a no-brainer, but to the American educational system, where nine out of ten schools don’t offer programming courses, it not. Of course, to really get students engaged and inspire that lifelong love of computer science and technology — just as it is with learning a new language — education has to start early. And it has to be fun.

Learning how to code takes time and is a difficult proposition for adults, so asking kids to sit down and write a line of code (let alone learn the laws of computer science) almost seems absurd. It’s this problem that led Vikas Gupta, the former head of consumer payments at Google, to create Play-i and a couple of kid-friendly, educational robots.

Joined by co-founders Saurabh Gupta, who previously led the iPod software team at Apple, and Mikal Greaves, who led product design and manufacturing for electronics and toys at Frog Design, to make programming and engineering concepts accessible to kids, who’d rather be outside digging in the dirt. The team knew that whatever solution they designed would need to be something kids would want to play with, so they created Bo and Yana, two programmable, interactive robots that look and act a lot like toys.

The team raised $1 million from Google Ventures, Madrona Venture Group and others last year to build the prototypes, and today, though it’s still tinkering with details, the learning system is nearly ready for lift-off. When it comes to market next year, kids will be able to play with Bo and Yana right out of the box, controlling them through Play-i’s companion app designed for the iPad.

The app presents visual sequences of actions and simple commands on the iPad that kids can then perform — like clapping, waving their hand or shaking one of the robots — that compel the robots to perform certain actions. Young programmers can get three-wheeled Bo to scoot around the room, blink his light or play a xylophone, shake Yana to roar like a lion, or have them interact with each other. Through actionable storytelling, play and music, younguns start to learn the most basic concepts behind programming, like causation. 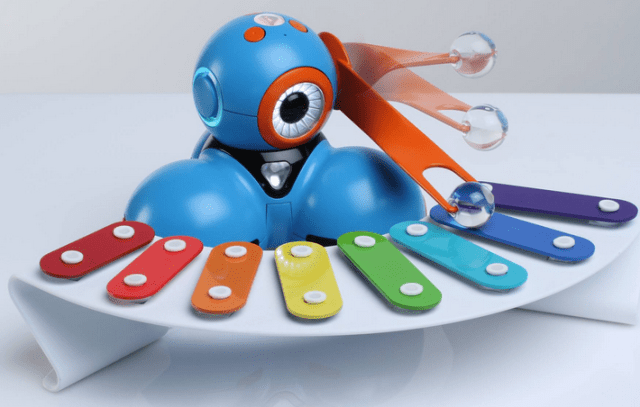 The coolest idea behind the interactive learning system is that, as kids get older, they will start to find that the commands are recorded on the app in a variety of programming languages, like Java and Python, so that concepts become more challenging as they progress. The idea is for Bo and Yana to be accessible to all ages, the level of learning is as simple or challenging as you want it to be.

While the gamifying of coding and teaching programming through toys isn’t new and, as Eliza pointed out, Play-i is entering a market already inhabited by products and startups like Cargo-Bot, Move the Turtle and Bee-Bot, this kind of computer science education is still relatively new. The demand and the market for it is also just beginning to develop, and as education reform pushes STEM education into more schools and, in turn, schools begin to look for novel ways to teach these concepts at younger and younger ages, the opportunity will continue to grow. 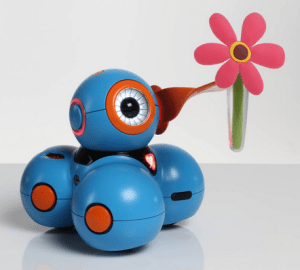 Although the co-founders think they’re onto something with Bo and Yana, they wanted to test the level of interest and demand among consumers. So they launched a crowdfunding campaign on the Play-i website in mid-November, and have since been pleased to find that not only was there interest, but that interest wasn’t just limited to the U.S.

Over the course of its 31-day crowdfunding campaign, Play-i raised $1.4 million, five-times its goal, and $26K of that total were contributions towards robots that the company will give to schools and organizations that work with underprivileged children. The campaign saw contributions from the U.K., Canada, Germany, Australia, India and France, among others, with over 30 percent of contributions coming from outside the U.S.

With over 10,000 pre-orders and plans to ship next summer, the team will spend the next six months finalizing manufacturing and distribution partnerships. Gupta tells us that they plan to sell the robots through their website and through both online and brick-and-mortar retailers, though he says those deals are still in the works.

For more, stay tuned, find Play-i at home here and Eliza’s interview with the Play-i founder below: