The Victoria’s Secret Fashion Show is about so much more than lingerie.

Over the years the annual event, which took place in Manhattan in mid-November and airs December 10, has grown into a mega-beast of elaborate outfits, wings, glitter, and musical performances. Of course, all the images of this year’s show have leaked. One that caught our eye was of a delicate, snowflake-inspired, 3D-printed bustier.

I caught up with Bradley Rothenberg, the architect commissioned to design the look, to hear about 3D printing for the human body. Rothenberg works out of a spare studio in SoHo; his team numbers one to three depending on the day. While the snowflake outfit was out on a tour of Victoria’s Secret stores, there were still a few samples of the fabric kicking around his three-person studio in SoHo.

“If you 3D-print weaves, you can create a moving textile,” says Rothenberg. “The main part of our research into 3D printing is in making these textiles and making something that functions along the body.”

The design is an interlocking snowflake fractal printed in white nylon 1 millimeter thick. It’s flexible and stronger than you might expect. 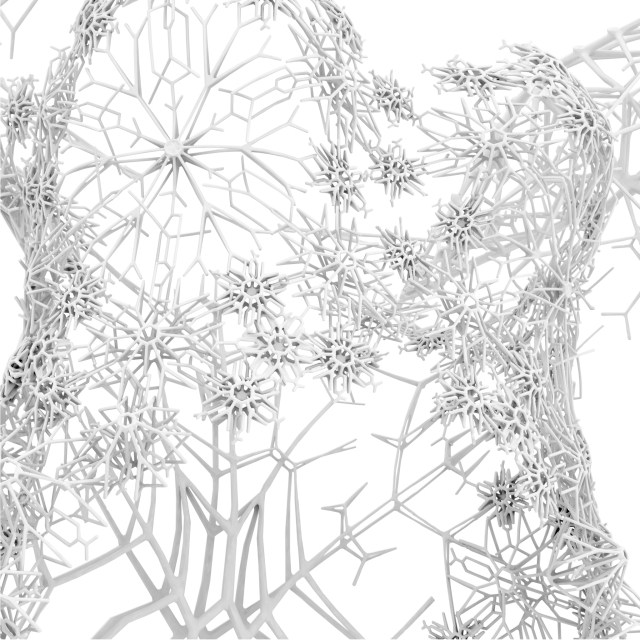 The printing was done by Shapeways, which Victoria’s Secret had originally approached about doing a 3D printed piece for the snowflake-themed segment of the show. Shapeways’ designer evangelist Duann Scott saw Rothenberg give a talk on fractals and reached out the next day to see if he wanted to get on board with the project.

That was back in May, and Rothenberg spent the next six months taking notes from VS and iterating on the code for the design. The end result was a lace-like bodice comprising an interlocking weave of snowflakes with thicker structures forming the shoulders and bustle. In order to get the piece to fit properly, they took a 3D scan of model Lindsay Ellingson’s body.

The team also created a pair of black wings, two musical staves held together by notes formed the wings, fanning out behind the model like ribbons. That look took about a tenth of the time of the snowflake project, Rothenberg said.

Because it is a costume more than anything else, the snowflake look has a theatrically large weave. Rothenberg’s mind is on 3D printing materials that can perform like true fabrics, though. Long term there’s voxel printing on a molecular level to create fabrics that have different consistencies throughout, he said. Short term, it’s more about creating a weave. 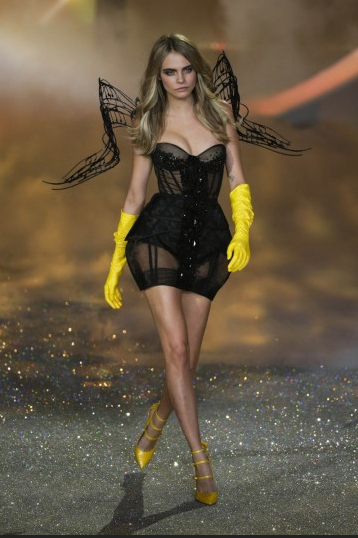 Putting a 3D printed look on the runway was a great PR move on Victoria’s Secret’s part, of course. But it speaks to how 3D printing could be used in fashion down the line. Rothenberg said that he doesn’t see himself as a fashion designer: he studied architecture at Pratt and considers clothing an extension of that discipline. When it comes to apparel it’s the technology that catches his interest.

“We’re more on the tech side of things. We’re doing a line of 3D printed bags, more to show what the technology can do,” he said.

He’s not alone, with designers like Francis Bitonti working on the same equation. Bitonti, one of the creators of a 3D-printed gown for Dita Von Teese, led a computational fashion workshop at Pratt this summer that had students working digitally and with 3D printing to create dresses.

Rothenberg said that he’s hoping to collaborate with major fashion houses to show designers, who still cut and drape fabric, the possibilities of this technology.

“I think that 3D printing has a big possibility to change the industry as a whole,” he said. “Specifically what we want to do is make wearable 3D-printed stuff available to fashion designers.”