Spotify plans to make mobile access to its music service free, The Wall Street Journal reports. Now a source confirms with TechCrunch that the free mobile tier will launch December 11th at a press event in New York. We’ve also learned users won’t get unlimited on-demand access, but will be less restricted if they listen to playlists or collections they’ve previously created.

Spotify sent out invites for the December 11th event on December 3rd, but didn’t say what would be launched. It simply noted “We’re having a media event. Like to come? There will be donuts.” But now we’ve confirmed that unveiling limited free mobile access is a big part of the show.

Until now, Spotify has only allowed premium subscribers paying $10 a month to stream music from mobile devices. Free, ad-supported access was available on desktop and laptop computers, and for $5 a month users could remove the ads from those devices but not listen on mobile.

But those rules were put in place years ago when smartphone penetration was lower, high-speed wireless networks were less common, and there were fewer competitors. Now the world is going mobile, and shutting users out of listening on the go unless they pay over $100 a year seems restrictive. It could also endanger Spotify’s ability to grow its paying subscriber base beyond the six million customers it has today (out of 20 million total users). 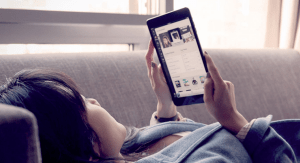 Presumably, the idea before was that you’d get a taste of Spotify for free on the web, and that would tempt you to buy mobile access. However, now many people hardly use traditional computers, especially in developing markets where people never owned them and skipped straight to mobile. With no way to try out Spotify on mobile, the company had no way to upsell them to paid plans.

Meanwhile, Spotify’s advertising infrastructure has matured over the year. It may be able to more efficiently sell its audio ads, making them a more viable way of earning money or at least breaking even from ad-supported listeners. That means it may be more cost-effective to support free mobile users now than before.

Finally, the last year has seen Google launch a streaming music service while Apple launched iTunes Radio. It still faces competition from startups like Rdio, Slacker, and Deezer. And new music streaming services from Beats and YouTube are slated for next year, making music a crowded market. Spotify can’t risk going into the new year without a free mobile option.

As for how that option will work, The Wall Street Journal’s Hannah Karp reports Spotify has spent a year quibbling with major record labels Sony, Universal, and Warner about how much control free users would get over what they listen to on mobile. The WSJ says Spotify has successfully struck a deal with the labels but users will only be able to play a limited number of songs on demand. After that, it says they’ll be restricted to listening to Spotify’s Pandora-like radio service that’s based on their tastes and input.

A source gave TechCrunch more details on the restrictions, saying that users may have more freedom to listen to their previously compiled playlists or starred collection of songs. The reasoning may be that Spotify sees these subsequent plays of songs users have already shown interest in as less valuable than on-demand access to what they’ve never listened to before. Reserving infinite search-and-listen capabilities for premium customers ensures people don’t get the milk if they don’t buy the cow.

When the free tier launches, these limits may not be especially easy to understand, our source says. That could confuse users, leading to poor user experiences where people think they should be able to listen to something but they can’t. They’ll blame Spotify, but sadly, they should really be blaming the labels, as they’re the ones too stingy to realize a simple user experience creates the delight that keeps users coming back, and maybe even opening their wallets.

We’ll be at the December 11th event covering exactly how things shake out.