Back in 2008, a startup called Totlol emerged, offering parents a kid-friendly collection of video clips pulled from the YouTube platform on a single destination site. But that company, a one-man show, eventually hit a dead-end and closed up shop. Today, it has returned with new founders who are reviving the brand as well as porting the experience to mobile.

The idea itself is solid enough, though the mobile execution is still a little lacking. As any parent can tell you, YouTube is not a destination you would want your young children to surf unsupervised. In a few clicks, they can go from watching Elmo teaching children about the world around them, to him cursing or ranting at kids in NYC’s Central Park.

In its earlier incarnation, Totlol was trying to solve that problem, by curating a selection of YouTube videos that were more appropriate for younger viewers. But the business was affected by a YouTube Terms of Service change that prohibited the sale of advertising on sites that only provided YouTube videos without other content on the same page. The founder, Ron Ilan, eventually shut things down. 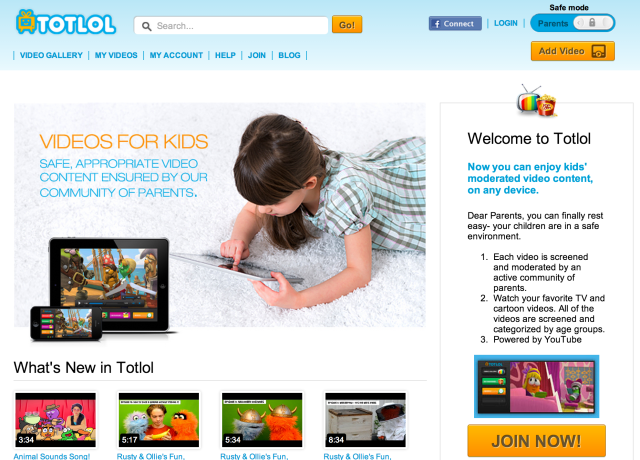 These days, the need for kid-friendly video content is largely met by a number of cable TV channels, many of which are available on demand, and Netflix. Totlol now hopes to insert itself into this mix with a new website and an affordable, mobile app which is free to use with in-app purchases.

The company’s new founders, Michael Avni, an angel investor and father of three, and Tiffany Stelman, have taken over the brand and business. They feel there’s even more of a need for something like Totlol today than there was when it first launched, in fact, as we’re now living in a multi-screen world, where our devices are connected to the internet at all times, and kids are playing with iPads before they’re able to walk.

Avni, in particular, was shocked when he saw how easy it was for his kids to find adult content on YouTube, and went looking for a solution. And is often the case with entrepreneurs, when he couldn’t find one, he decided to build his own. 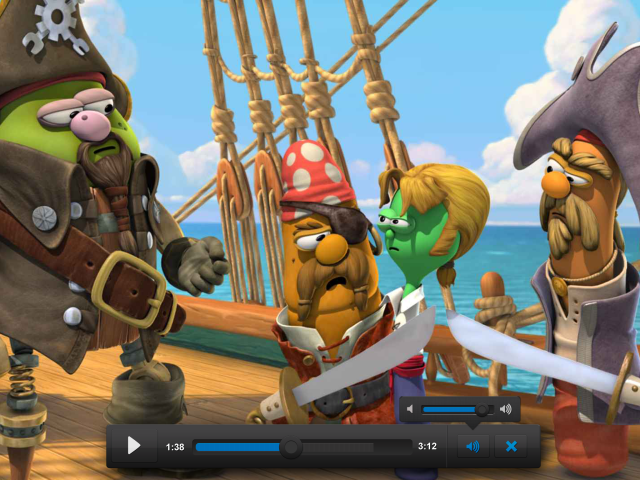 Four months ago, the two partners decided to revive Totlol, and created a community site where responsible parents help to build the content library by first watching YouTube videos, then sharing the URL and categorizing it. Site members also help police the content, by flagging videos as inappropriate, which will then alert Totlol’s “Parent Editors” group to take another look. The member who uploaded the flagged video is then contacted to discuss the situation further (and, as one could imagine, further steps may be taken if someone becomes an habitual offender).

The Parent’s Dashboard available on the web is the place where members can contribute to the community by sharing videos, but the mobile app is largely a simple video viewer already in “Kids Mode.”

The company ran a small beta test before today’s public launch with around 100 families, and now have over a thousand videos available for viewing, with more being added daily. Most of the videos are targeting toddlers and kindergartners, but the service supports videos aimed at any young child, all the way up to tweens (age 12). 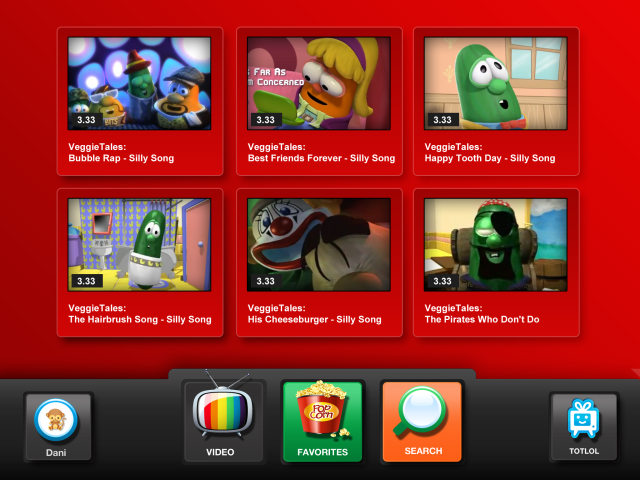 The new Totlol also pulls videos from YouTube, but plans to add more sources in the future, as well as other features like time limit settings, a visual search engine, and an Android version of the mobile app. Instead of running ads, the plan to generate revenue – at least for now – involves in-app purchases. Parents will be able to buy video playlists in the app, like an educational playlist, for example.

The iOS app itself could use a little work. After installing, creating an account, and signing in, it still prompted me to login again using Facebook after rebooting my iPhone. And before you can even get started, it throws up math questions to prove you’re the adult (e.g. “what’s 16 + 58?”), so it’s not quite as “hands off” for mom or dad as something like Netflix’s “Just for Kids” section is, which kids can use on their own. 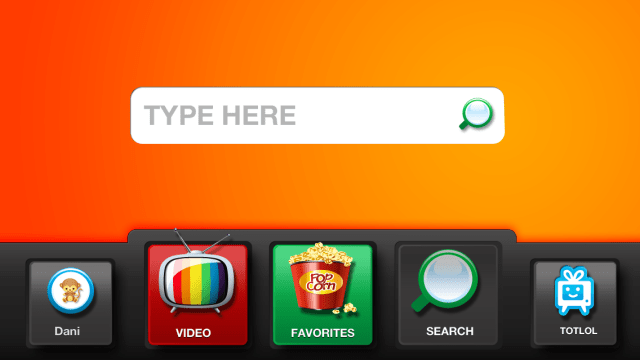 The iPhone app only works in landscape mode, and the big buttons at the bottom of the screen take up so much room that it’s sometimes difficult to really see what’s in the video thumbnail. The video’s title text is also quite small on the smartphone’s interface – Totlol is much better on iPad. And finally, the red background also seems like an odd nod to Netflix, when the rest of the app, the website and brand itself is more blue, white, and orange.

According to Stelman, the design decisions were made with the goal of keeping the app simple for kids’ use, and the team is working to make it more polished in the future.

The four-person startup, based in Israel, is currently bootstrapping. On a broad level, the service competes with kids’ television and Netflix, but more specifically it’s also taking on other startups offering curated experiences for children, like KIDO’Z or Kid  Mode, which offer games in addition to video content, or Happly for iPad which includes educational material.

Totlol is live now on the web, or in the iTunes App Store here.