Pinterest is today, at long last, releasing its first API for developers, which will let third-party sites embed Pinterest pins, and make it easier to post content into Pinterest itself. First partners for the service are a list of big brands and retailers — including Zappos, Walmart, Disney, Nestle, Random House and Hearst — underscoring how the site is ramping up for revenue generation with advertising and cross-marketing.

“We’re releasing documentation for multiple APIs that will roll out to partners over the coming weeks,” the company notes in its blog. These will include Top Pins API (showcase top clicked pins / top re-pins, launching on partner sites today); Domain search (surface trending results for keywords such as “Men’s Boots”, “Thanksgiving recipes”, or “Fashion Week”); Most Recent (bring a stream of your latest pins to your site); and Related Pins (suggest other pins people may like based on the item or content they’re viewing).

More features will be getting added to the API over time, the company says.

The move comes after months (even years) of hints about when these would be coming out, with the company yesterday making its closest comments yet to those APIs.

Pinterest has already proven itself to be a strong driver of referral traffic on the web — second after Facebook in a list of leading traffic referral sites from Shareaholic, but growing the fastest.

What adding an API will mean is that Pinterest is now laying the groundwork to expand that role. It will make existing pins more useful to sites and brands, and also make it easier for people to post to Pinterest. Both of these will also help Pinterest string its data together in a more actionable way. Just as the recent deal with Getty will provide more metadata to pins that use Getty images, stronger links between pins and the sites/brands from which they come will mean that they can be better tracked by Pinterest, and those brands themselves. That will mean, too, potentially more marketing spend against that. 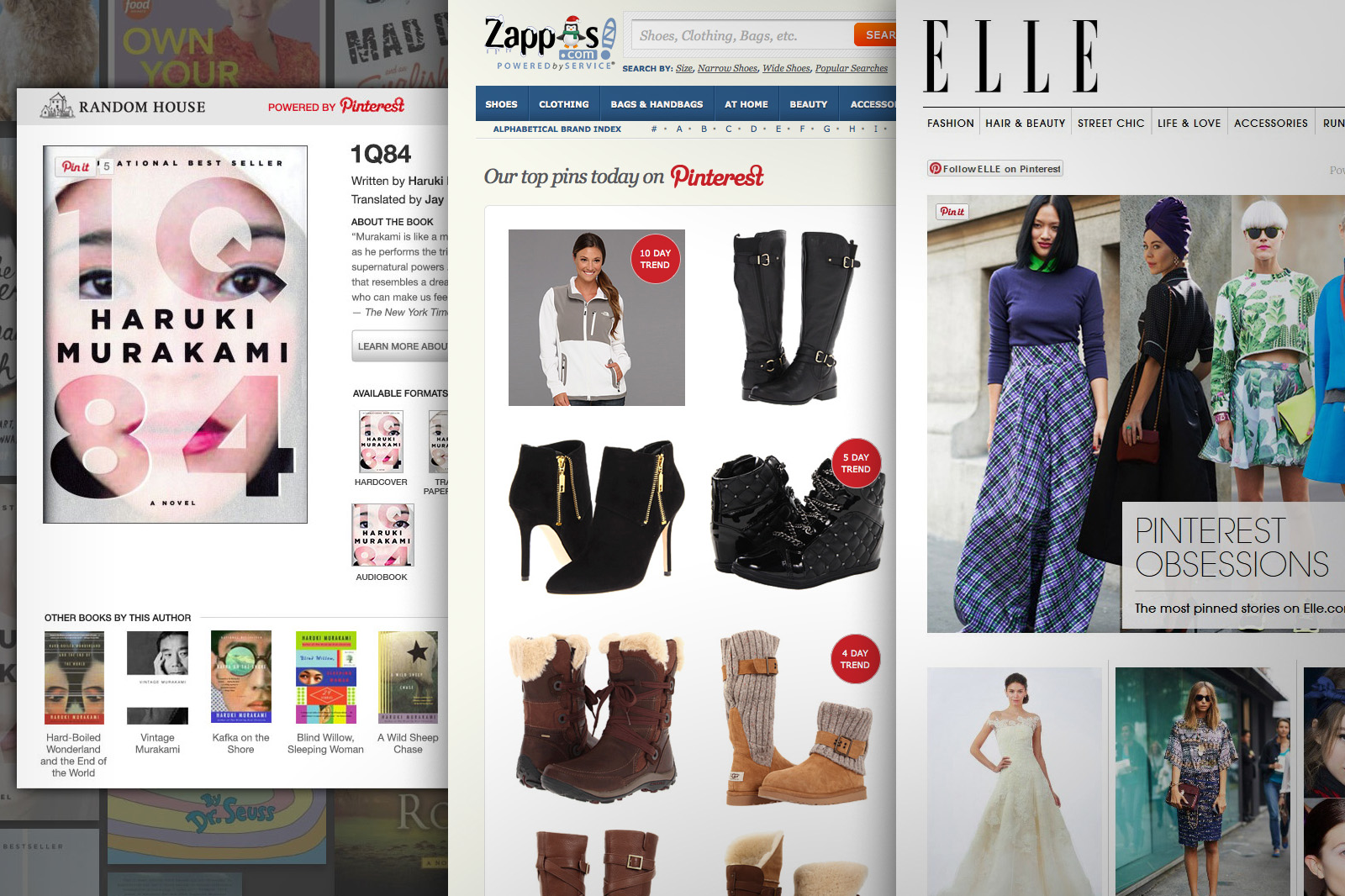