Kidaptive, the company behind a suite of children’s apps for iPad which combine entertaining videos and games with a curriculum focused on kindergarten readiness, has raised an additional $10.1 million in Series B funding in a round led by Formation 8, with participation from A round lead Menlo Ventures, along with Stanford’s StartX Fund, NewSchools Venture Fund and Prana Studios, an animation and visual effects studio co-founded by Kidaptive co-founder and CEO P.J. Gunsagar.

Prana has always been involved in the production of the Kidaptive apps, whose flagship property “Leo’s Pad,” sports animated versions of a young Leonardo da Vinci, his pet dragon, plus friends Galileo and Marie (Curie) having adventures. The studio itself is best known among parents for the Disney Tinker Bell movies, and its work is what makes the Kidaptive apps initially so appealing – the visuals look and feel like something that comes from a larger production house, as opposed to a company that just launched its first product last year. 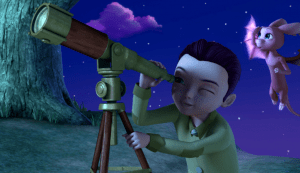 The iPad allows for blended experiences unlike anything that’s possible on TV where animated characters often stop mid-action to talk to children, quietly blinking and awaiting a response. Instead, children playing “Leo’s Pad” watch portions of the story in lean-back mode, before hopping into interactive puzzles and games that are designed to engage while also helping kids develop a series of age-appropriate skills, including improved reading comprehension and math skills, as well as improved cognitive, emotional and social functions. Children playing the app are asked to complete tasks like building a telescope, mixing rocket fuel, sorting items, tracing shapes, and flying through the stars, among other things.

The company has also promoted its educational focus from day one, having worked to develop a curriculum that promotes learning disguised as fun. The team at Kidaptive includes a combination of those with experience in children’s television, as well as those whose backgrounds are in education and learning. Co-founder Dylan Arena, for example, has a Ph.D. in Learning Sciences and Technology Design from Stanford. 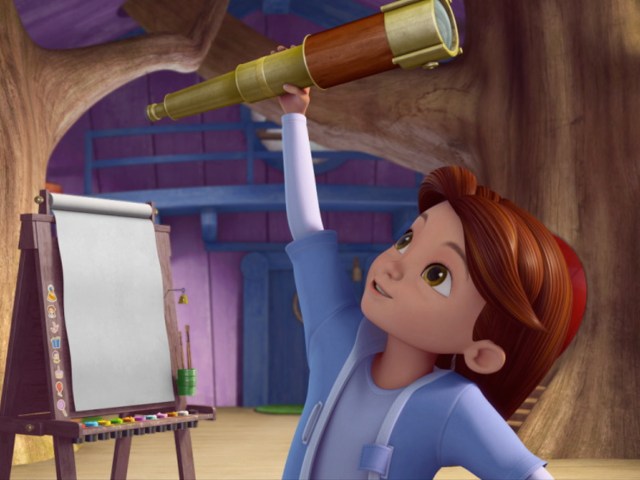 To date, the company’s applications have been downloaded over half a million times (50% outside the U.S.), and see some 200,000 monthly actives. As new “appisodes” are released (the iPad app’s version of an “episode”), 90% of Kidaptive’s audience returns to the apps.

This year, Kidaptive released its parent’s portal, “Parent’s Pad,” which offers parents an in-depth look into their child’s progress along the Kidaptive curriculum. Today, around half of parents take advantage of this feature, often returning two times per week to this section of the app. However, says Gunsagar, the company is planing to release a new version of the app in a few weeks, based on parent’s feedback – parents said they wanted something with a lighter touch.

The updated Parent’s Pad will still offer key info, like games played, time spent, alerts and more, but will also start engaging parents with quick tips to help them better interact with their child, and will introduce brief one-question surveys to start aggregating data on learners.

The additional funding from the B round is being put toward hiring (engineering, product, marketing), international efforts (Japan and Korea are following a recent localization for the Chinese market), Android development and product. On the latter, that means more appisodes as well as what Gunsagar describes as a “next generation product” slated for release in summer 2014.

“Right now, Leo’s Pad is one-seventh of a product done in terms of not only a product but also a curriculum that the child is going to be on,” he says. The company will soon introduce a tiered pricing system where appisodes are free if you wait 45 days in between each one for its release, or you can pay more to have them arrive every couple of weeks instead. Higher tiers, at $4.99 and $9.99 per month, will also offer access to the data and “actionable intelligence” that helps parents support their child’s educational efforts further.

The company may also add in a physical component to subscription plans late next year, where parents can receive puzzles and games sent to their home to accompany similar activities taking place in the app. 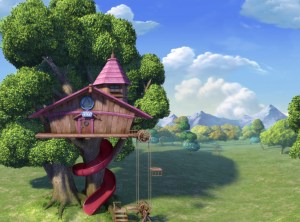 Kidaptive’s long-term version involves more than just making educational apps for kids, but rather building out an assessment framework which third parties, like other app makers, could also use in their own offerings.

“The platform piece of the business is very, very important to us to get right, ” adds Gunsagar. “Kids are on these devices doing lots of different things and there should be a unified way to understand what all that means.”