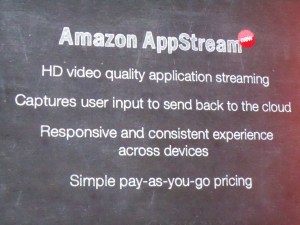 Amazon today announced a new service for mobile developers at its re:Invent developer conference in Las Vegas today. Amazon AppStream, which uses the company’s recently launched g2 EC2 instances, allows developers to easily stream their applications in high definition from the cloud to any mobile devices. Amazon is specifically marketing this for mobile developers, but there’s no reason desktop apps couldn’t use this service, too.

This new service, Amazon says, will allow developers to “build high-fidelity, graphically rich applications that run on a wide variety of devices, start instantly, and have access to all of the compute and storage resources of the AWS Cloud.” 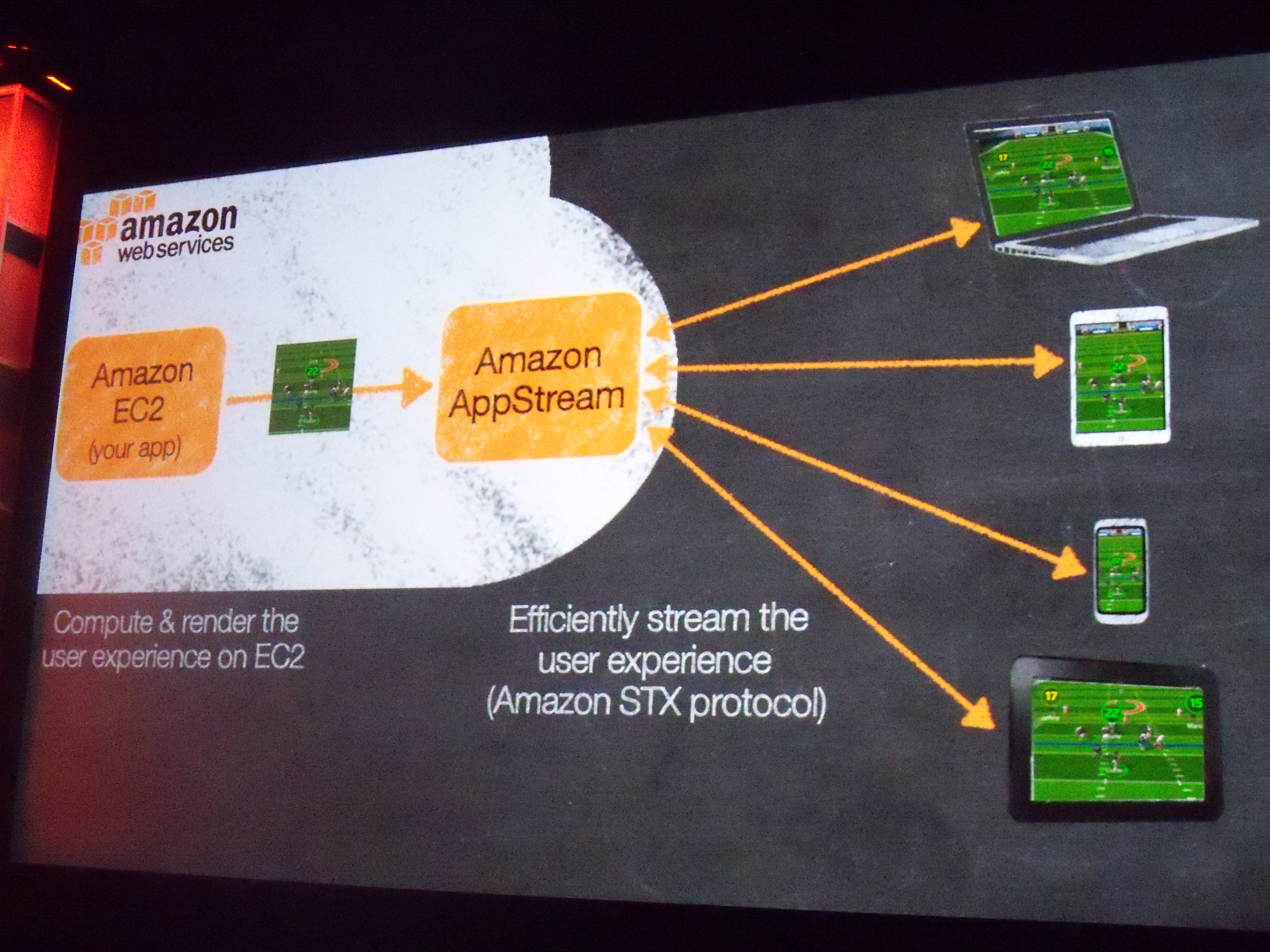 Apps using AppStream can use all of the device’s sensors, too, and then send this data back to the cloud.

This, as Amazon’s VP of Amazon Web Services Andy Jassy noted in his keynote today, means mobile developers now have easy access to resources that wouldn’t otherwise be available on a mobile device. As mobile devices get smaller, he argues, the cloud becomes more important. Many of the most popular apps are already running on top of the cloud (and AWS specifically). This, the company says, means an “application is not constrained by the compute power, storage, or graphical rendering capabilities of the device.”