Not all exits have to see a product disappear. Case in point: Origami, the family-focused social service that arose from Y Combinator-backed mobile social network Everyme’s earlier efforts, has been sold. The acquirer, Indiana-based eFamily, has taken over the company’s branding and software, and will continue to develop and support the product, which is good news for current users. However, the Bay Area team from Origami Labs is not joining eFamily – instead, they were quietly “acqui-hired” by Nest several weeks ago.

The entire six-person Origami Labs team, including founder and CEO Vibhu Norby, is now at Nest, working in various engineering and design roles. Norby says that Origami Labs had other good offers on the table for his company, but none that would have kept the product alive. “eFamily was the best one that we had there,” he says.

For background, Origami publicly launched its family-focused sharing service earlier this summer after a year of development. The product was something of a spin-off of Everyme, a private messaging and photo-sharing app that never really took off, despite having raised $3.66 million in outside funding. But Everyme allowed the startup to gain some early insights it used to build Origami.

For example, the company found that around half of Everyme’s users were families, so Origami was built with that group’s needs in mind. The new service offered a web and mobile platform (iOS and Android) that allowed families to post text, photos and videos, create photo albums, and receive email digests. 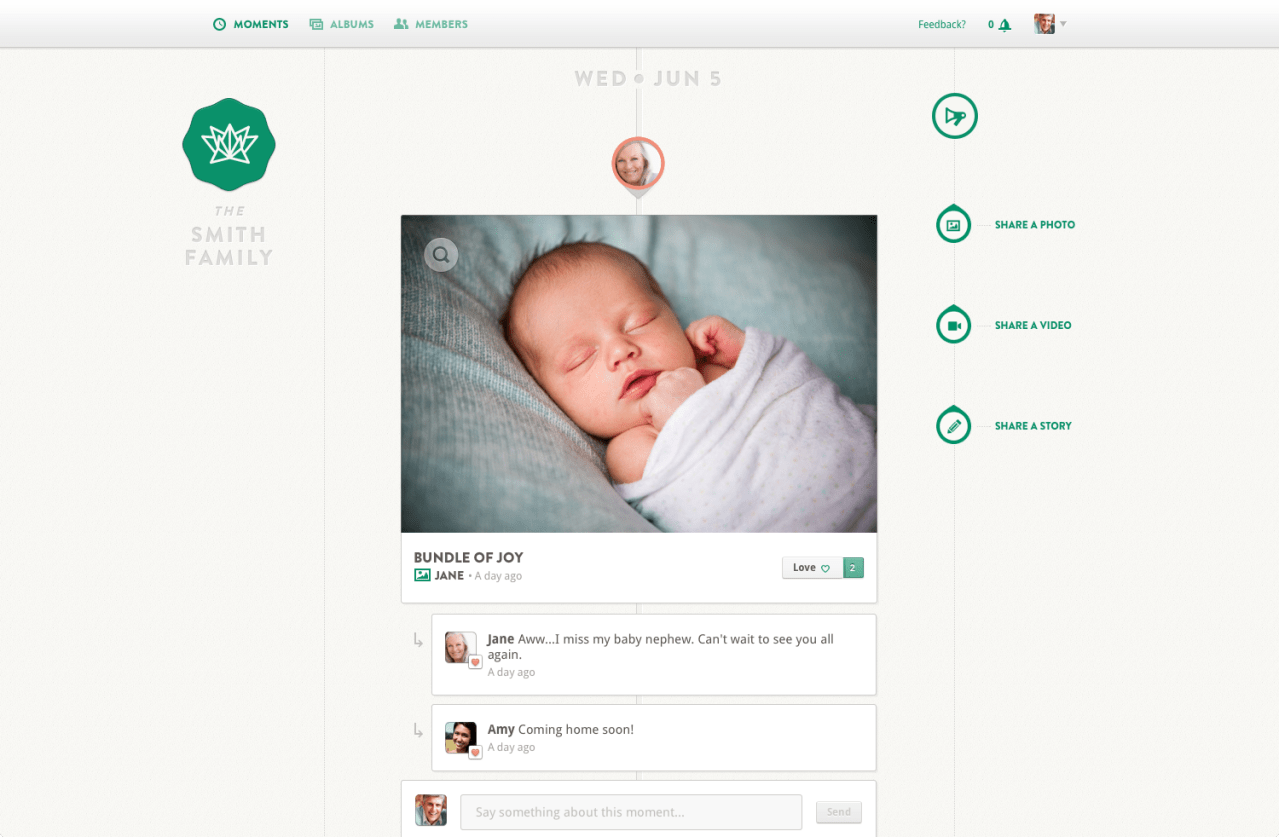 Early on, Origami found a foothold with new parents who represented a majority of the site’s earliest adopters at launch. Said Norby at the time, new parents take and share the most photos, but they also had the biggest desire for privacy.

Shortly after launching, Origami also acquired competing service FamilyLeaf, another YC startup. The two companies worked together to help transition FamilyLeaf users to Origami, but FamilyLeaf’s team moved on. That startup had around 7,500 registered families at the time of its own acquisition. Today, the two services have over 40,000 users combined.

Origami also had 40,000 sign-ups from its beta program, but that doesn’t speak to its paying users or actives, which are “significantly less.”

Users were charged $5 per month for their private family websites – a price point that wasn’t well-suited to a venture-backed company storing a lot of documents, Norby now believes. He also sees some similarities between the shutdown of Everpix, another photo-sharing service whose closure was announced just yesterday, and what they were building at Origami.

“We’ve been working for two and a half years in this space, and it was rough,” says Norby. “We had a good business. It’s not a VC business…The prospect of raising another round for our company was very difficult,” he adds. Also like Everpix, Origami had hosting costs to deal with, though not as substantial. 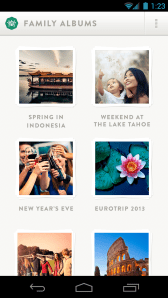 The company still had money to run the business for a few years, but with the offer from Nest and the dim chances surrounding the next funding round, it make sense to move on. The team was able to return some capital to investors, on top of the acquisition price eFamily paid for the Origami assets, which is undisclosed. (It was an all-cash deal, however.)

Unlike Origami, eFamily is a small, bootstrapped company and not eFamily CEO David Hosei’s only focus. A serial entrepreneur and real estate investor, he’s not one to put all his eggs into one basket, he tells TechCrunch.

Now at eFamily, Origami’s software is reviving a legacy product first founded in 2006, then incorporated as eFamily.com LLC in 2010. The company had previously offered similar tools allowing families to connect and share their memories online, in the form of private family websites. Today, the company reports having over 30,000 registered accounts, and over 300,000 “profiles.” Those profiles include both users and other family members, alive and deceased, who have been added to eFamily.com’s family trees on its older product.

The company now plans to bring those family trees to its new Origami-infused service, and will be transitioning its current user base, largely freemium, to a paid product. Users will be asked to pay $5 per month (or $50/year) for these private sites, a figure Hosei thinks is reasonable. They can also bring in their current domains for the same price, or buy a new domain through the service for a fee.

“[eFamily] was a freemium service before, but we decided that model isn’t going to work long-term for us. This software is really beautiful, and works well on multiple devices,” says Hosei, noting why he thinks the new eFamily is worth paying for. He also adds that the service can sustain itself indefinitely if they can grow it to at least 4,000 paying users.

The Origami website has now been transitioned to eFamily.com, and the mobile apps are being updated now.