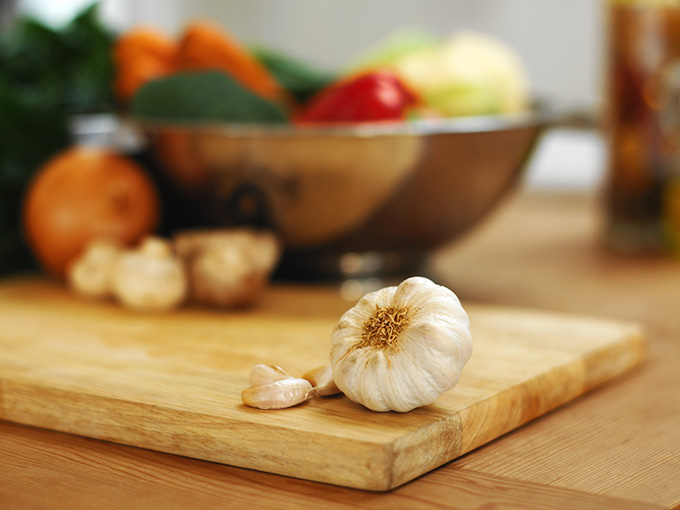 With a fresh $225 million in its pocket, Pinterest is gearing up to spend a little of it to build out its platform and the data that powers it — and close up a copyright hole in the process. Pinterest today announced a deal with Getty Images — the image agency that holds digital rights to some 80 million still images and illustrations and over 50,000 hours of stock film footage. Getty will provide Pinterest with metadata, and in exchange, Pinterest will pay Getty a fee.

Metadata will start to get added in the coming months, the companies say.

Financial terms of the deal are not being disclosed, but offering a fee for image metadata is a first for Pinterest. Up to now, Pinterest has offered traffic to partners for more data — such as in the case of the recent article pins it introduced, or the Flickr deal from last year that added a Pin-it button to Flickr.com and Flickr backlinks for images posted on Pinterest.

“As part of our agreement, we’ll pay Getty Images a fee for the data they share and will help make sure that their images get proper attribution,” Pinterest notes today. “We’re just getting started with Getty Images but we’re excited about the possibilities of what their data can help us deliver.”

Shareaholic recently noted that Pinterest is the second-biggest referrer of traffic on the Internet after Facebook, so for consumer sites based around advertising and (hence) traffic, this makes sense.

But in the case of Getty, traffic is less important than the data it is able to provide about the images that it holds.

As Getty Images co-founder and CEO Jonathan Klein laid out for us last year, this was something that the company was gearing up to address. 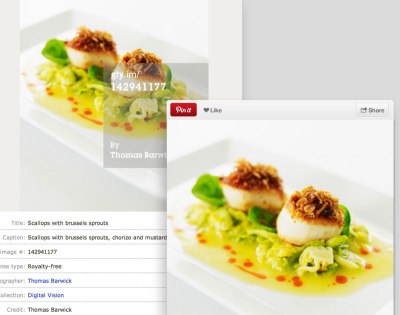 “We’re comfortable with people using our images to build traffic,” he said. “The point in time when they have a business model, they have to have some sort of license.” Pinterest, which is now starting to court more advertising and really focus on monetization, definitely fits into that category of now having a business model.

For Pinterest, it will be able to use this data to provide more detail to its users about what they’re looking at, including photographers’ names and what’s in the picture.

But it sounds like Pinterest will also go much deeper with that data. For example, in the example of the picture of scallops with brussels sprouts above, Pinterest will be able to use the metadata to suggest more pins for recipes using those ingredients, or maybe more images from Thomas Barwick (the photographer). That will make it more likely that a user will spend more time on Pinterest looking at more content. And creating a stronger web of linked pins will also help Pinterest then monetize against that content better — more tags to match against relevant ads, and more of the all-important “engagement” that has become such an important metric for social media sites.

While Pinterest these days sometimes leads people to “dead ends” when there is not enough information about a picture that has been shared — a fetching handbag, yes, but who is the designer? — this potentially will open up more avenues for users to travel further, so to speak (at least where Getty pictures are concerned).

Getty says that it will be providing two pieces of technology for this service. The first is its PicScout image-recognition technology — which will crawl Pinterest to identify Getty Images. It will then link those images with Getty’s metadata using its Connect API. “We’ll get a photo credit for our images on Pinterest’s site and a link back. Pinterest users get more context and have more fun,” Getty noted today.

The service will go live first with Getty Images house content and will later expand to iStock content and other Getty collections.