After settling a Zynga trademark infringement suit, Bang With Friends today rebrands as Down and reveals its revamped set of dating apps. Down’s update lets you browse friends of friends rather than just friends, say you want to date as opposed to just being ‘down’ [to bang] someone, as well as browse the hottest people in your network. And believe it or not, founder Colin Hodge says he wants Down to empower women.

The updates for Bang With Friends’ one million+ users come to Down on Android today, iOS soon, and the web in the coming weeks. At its heart, Down still an app for selecting people you think are sexy, hoping they choose you too, and then being connected over chat, similar to Tinder. But the new changes could make Down a vain curiosity for many and a daily habit for those on the prowl, rather than the rarely used utility Bang With Friends was.

“There’s still a stigma for using tech for dating. It’s rapidly eroding but we still think it’s crucial for our users to feel comfortable. That’s part of the reason we rebranded”, Hodge tells me. That sure minimizes the fact that Zynga owned the “With Friends” trademark from its hit game series that include Words With Friends. But being forced to change its name could come as a blessing in disguise for Hodge’s company. 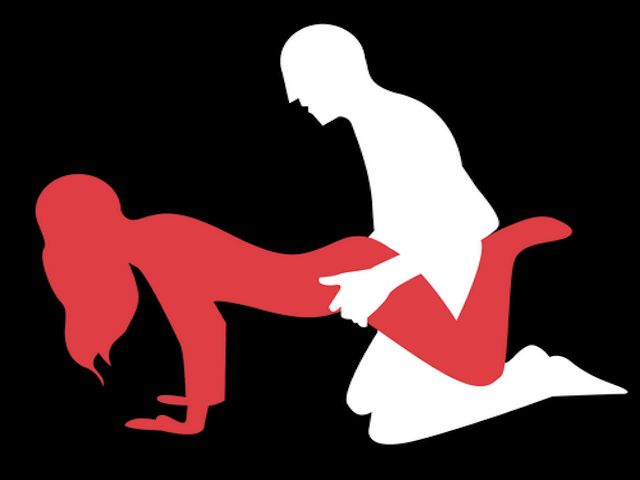 It takes two to tango, though, and women didn’t seem so keen on joining anything called Bang With Friends. At the peak of its hype in the spring of 2013, a way to see which of your friends had installed the supposedly anonymous app surfaced. I wasn’t too surprised when I saw a ton of dudes and essentially zero women had signed up.

But “Down”? That’s an app whose name you could bring home to mother [wait, eww, no]. But seriously, the term ‘down’ is slang for ‘approve’, and is much more inviting. That means the app has a better chance of recruiting women, which might just make it a success.

Hodge writes “We chose DOWN to represent the simple, natural way that our generation dates, without alienating people who may not want an app that says ‘bang’ but are totally down otherwise.” You can see the new app icon below.

Functionally, the biggest change from Bang With Friends to Down is that you can see friends of friends, not just your existing friends. The exponentially expands the pool of people you could be matched with. Friends of friends are less awkward to proposition than people you already know, yet the mutual connections provide a layer of trust that could convince people they won’t get axe-murdered on date set up through Down. 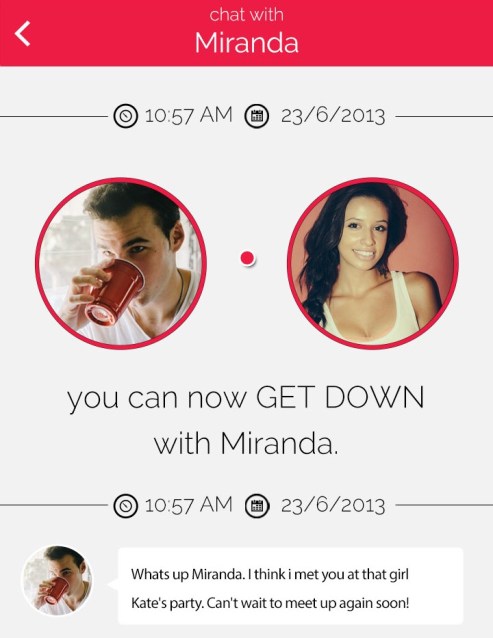 Hodge explains “One of the biggest requests was, ‘I love using the app but I’m running out of people.'” If you have 1,000 friends with 1,000 friends each, you could now have a million potential mates and the number keeps growing. “We’re making it something you want to come into all the time.”

For the tamer among us, down lets you say you’re interested in dating someone, rather than only being allowed to request a hookup. You’ll still be connected if one person wants to get down and the other wants to date, but your intentions will be made clear.

Mirror, Mirror On The Web…

What’s most interesting may be Down’s ‘hotness’ scores.

Previously, you’d just be shown a random selection or alphabetical list you could click to ‘bang’ on web, or swipe to accept or reject on mobile like Tinder. On Down, you get intelligent recommendations based on a matching algorithm. It takes into a variety of characteristics include mutual friend count, but also your hotness score, which is based on what percentage of people who see you dig into your profile or say they’re interested.

This means you’ll be matched with people “in your league”, who you’re more likely to both approve of and get approved by. Relevant matches = happy Down’ers.

When you’re viewing someone, you’re also shown a list of their 10 friends with the highest hotness scores. This could lead to a sort of Wikipedia-chain browsing pattern, where you browse to Amy, get temped by her friend Diana, only to end up saying you’re ‘down’ with Emily.

Oh, and you can see your own hotness score and how you stack up against friends. Even if you’re taken or not into online dating, I bet a fair number of people will sign up for Down just to peek at how desirable they are.

There’s still no sign of monetization to make good on the rumored but unconfirmed million dollars in funding Down has received. You can imagine it eventually going with standard dating app premium features, though, like the ability to pay to appear in front of more potential lovers.

Down With A Purpose

“We want this to empower both males and females to be straight forward with their dating life, whether that means sex or a more traditional commitment, so we very much dispute any cries of sexism” Hodge tells me, though it’s tough to tell if he’s earnest or if this the sweet talk of a player.

Yes, Down is still inherently shallow. It’s about looks first and foremost, which promotes a degree of objectification. It may still have trouble getting enough users of both sexes to make connections. It has to compete with the now-established Tinder plus its army of clones. And some people will always think it’s gross.

But from another perspective, maybe Hodge is right. We spend our lives beating around the bush when it comes to our sexual desires. Being shy, playing hard to get, denying our desires, and getting stuck in stale relationships. Maybe we deserve an app that lets us say how we really feel about someone without the fear of rejection.