SparkLabs started with the mission of helping grow South Korea’s young startup industry. Now it wants to bring its impressive network of mentors to entrepreneurs in the rest of the world with a new $30 million seed-stage fund called SparkLabs Global. In addition to SparkLabs co-founder Bernard Moon, the new venture’s primary operating partners are former Facebook executive Net Jacobsson (left in the above photo) and Frank Meehan, previously of Horizons Ventures.

The fund will look in emerging startup ecosystems for early stage companies that want to rapidly scale into international markets. In South Korea, SparkLabs’ accelerator has already invested in 16 startups (ones that have been profiled on TechCrunch include WePlanet, the maker of Step Journal and adaptive learning platform KnowRe). SparkLabs Global’s team, which also includes founding partners Jimmy Kim, John Lee (right in photo) and Jay McCarthy, will set their sights on startups in China, Southeast Asia and Europe. Moon says that they are especially bullish on Indonesia because of its developer talent and population of over 240 million people, a third of whom are in their early 20s, as well as the thriving startup industries in Israel, Sweden, Berlin and parts of Eastern Europe. Key sectors the fund will invest in include finance, social, consumer wellness, e-commerce, gaming, education and wearable tech.

The idea for SparkLabs Global came when Kim, Lee, McCarthy and Moon began planning an angel fund that would cover Asia and the U.S. The opportunity came to partner with Jacobsson (a SparkLabs mentor) and Meehan, who left Horizons Ventures in June to start an early-stage fund since Horizons primarily focuses on Series B or later investments. 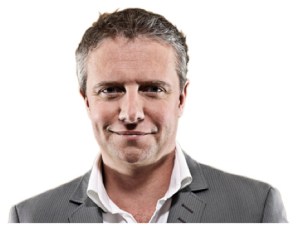 “Since Frank was Horizons’ person for Europe and Israel and Net is in Tel Aviv with a great network in China and the U.S. [thanks to his time at Facebook], the whole picture made complete sense and it was a quick decision for us to combine our efforts and create a truly global seed-stage fund,” says Moon.

Based on his experience with SparkLabs’ accelerator in Seoul, Moon believes one of the main advantages SparkLabs Global can offer entrepreneurs is access to its wide network of mentors, many of whom have founded successful startups in Silicon Valley. Most of the Korean companies in SparkLabs’ portfolio had already raised $500,000 or more, so they weren’t after the $25,000 investment the program offers, but advice and other non-financial support.

“With the global seed fund, we will be able to provide significant capital (filling the much needed pre-Series A gap) plus our mentoring,” says Moon, himself a serial entrepreneur and the co-founder and CEO of Vidquik. “I can say that our team’s network is pretty amazing and reaches into most major markets. Our partners have all built companies from the ground up in B2C, B2B, online gaming, edtech and other industries, which is a significant value to entrepreneurs.”