Think you’re one of the best developers in all of Berlin? Here’s your chance to prove it — and maybe, just maybe, take home a nice stack of cash for your efforts.

This weekend, we’re bringing our TechCrunch Disrupt conference to Europe for the first time — and to kick it all off, we’re throwing one of our crazy, wonderfully-exhausting hackathons.

This’ll be the last batch of tickets we release before the event. Oh, as if the deal weren’t sweet enough: we’ve added a bunch of new prizes to the mix. Oh, and API workshops! Oh, oh, and a fantastic panel of judges!

Never been to one of our Hackathons? Here’s the gist of it: You enter. You find a team, or bring one with you (or, hell, hack alone!). We start the clock, you open your blank code editor, and you let loose every bit of skill you’ve got at your disposal to build something entirely from the ground up.

At the end of (just less than) 24 hours, you and your team have 60 seconds to wow the crowd —from your fellow hackers, to local VCs, to our panel of awesome judges. 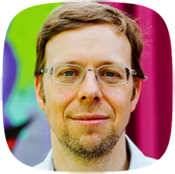 Peter is the founder and head of Deutsche Telekom’s global incubator, hub:raum. hub:raum provides seed/early stage startup companies with funding, support and a pragmatic way to leverage the assets of a global corporation. Prior to that, he co-founded and managed an internal innovation accelerator for Deutsche Telekom (T-Innovations GmbH) as well as his own internet startup (Everseven). 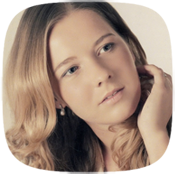 For the past two years, Anika has been a Developer Platform Evangelist for Microsoft. Before this, she studied Media and Communication and Political Science at Free University of Berlin, and Corporate and Business Communications at the Berlin University of the Arts. 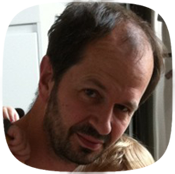 Alexander Grosse is VP of Engineering at SoundCloud. Before SoundCloud he worked as R&D Director at Nokia. Alexander has worked in a wide range of positions (Development, Consulting, CTO) in the software industry since 1996, including co-founding two startups. He holds a Masters in computer science from the University Of Oldenburg and an Executive MBA from FOM Berlin. Besides computer science, Alexander works(/worked) as a techno DJ in Berlin’s party scene. 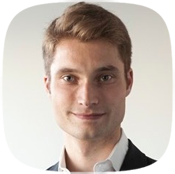 Johannes is CEO and co-founder of GetYourGuide. He graduated with distinction from the Swiss Federal Institute of Technology with a Master’s Degree in Biochemistry

Also meet our lovely code auditor (the code for the Top 3 finalists is audited to help ensure the projects are, in fact, built at the Hackathon):

Falko is all about mobile, and has been developing applications for Android and iOS devices since 2009. He dreams that one day, we will need only our phone for all daily business. After years at SinnerSchrader Mobile and building up a mobile department at Berlin’s Quandoo, he is now a freelance developer and consultant.

Need some inspiration? Want to learn a thing or two before you leave? At each hackathon, we offer a series of awesome API workshops lead by some of the very people who help make those APIs a reality. Workshops occur on day one (Saturday, Oct 26th) at the following times:

Last but not least, the prizes!

Now, we’ve always had some pretty sweet prizes on the line. The top team of the day (as determined by our judges) takes home an easy $5,000, and the Top 3 teams all get to demonstrate their hacks a second time … in front of the entire audience at the main Disrupt Europe conference. Meanwhile, the top fifty teams will each take home 2 tickets to the entire Disrupt Europe conference, each valued at nearly $1,000.

But wait! That’s not all!

Note: Updated on Oct. 25th with even more prizes.

Our API sponsors have thrown another couple thousands of dollars worth of prizes into the mix. Here’s what else is up for grabs:

Sound like fun? It ought to! Because it’s going to be great.

As mentioned, we’re pretty much out of tickets. We scrounged together one last batch of tickets, which we’ve released down below. If you don’t get in this time, you’re probably out of luck.

To recap, here’s what you need to know.:

The Disrupt Europe 2013 Hackathon runs overnight, from Oct 26th-26th, and we’ve just released the very last batch of tickets. What are you waiting for?

(Want to just attend the Hackathon presentations on Sunday? We’re releasing tickets for that, as well. Make sure you get the right one.)

Please note: There are two types of tickets here. Spectator tickets ONLY let you attend the Hackathon presentations on Sunday beginning at 11am AS A VIEWER. If you want to build/present in the Hackathon, you’ll need a Hacker ticket.