I have something to get off my chest: I live in New Jersey, so by definition that makes me a “Jersey driver”. I’ve never thought of myself as the sort of manically aggressive road warrior that befits the stereotype (and I’d argue that Pennsylvania drivers are way worse), but Y Combinator-backed Automatic’s Link dongle begs to differ. It’s been plugged into my car for the better part of two weeks now, dutifully tracking all my hard stops, all my hasty starts at green lights, and all the times I’ve perhaps pushed the car a bit too hard.

And the verdict is in: I’m exactly what I thought I wasn’t. I’m a stereotypical New Jersey driver. As the old adage goes, the first step to recovering is admitting you have a problem, and Automatic’s neat little dongle + app combo has helped me to realize just that.

But let’s back up a moment — how does this all work? Since 1996, every car that’s been sold in the United States has what’s called an OBD-II port nestled in it somewhere. Odds are good you don’t even know what it looks like (it’s a little trapezoidal thing with 16 pins) or where it is. It’s there so mechanics and car dealers can troubleshoot automotive issues by connecting a computer to the thing, and the Automatic team has whipped up a consumer device that pops in there to monitor your car’s speed, fuel injection rate, and more.

There are a few extra bits in there that make the Link dongle more than your average diagnostics tool. The accelerometer means that it can detect sudden stops and starts, and there’s a tiny speaker built into the that audibly alerts you in those moments.

It sounds like sort of a no-brainer, doesn’t it? Consistently slamming your brakes isn’t doing your car any favors, but the dongle is much more sensitive than that — seemingly normal stops can trigger the alert which sort of forces you to reconsider how normal your driving really is. The dongle also beeps at you when you’re too quick off the line (something I’m apparently guilty of way too often), and when you push your car over 70 miles per hour. In the end, you’re left with a gadget that’s capable of giving you realtime driving feedback while you tool around town (and it’s much more pleasant than having a backseat driver bark at you). 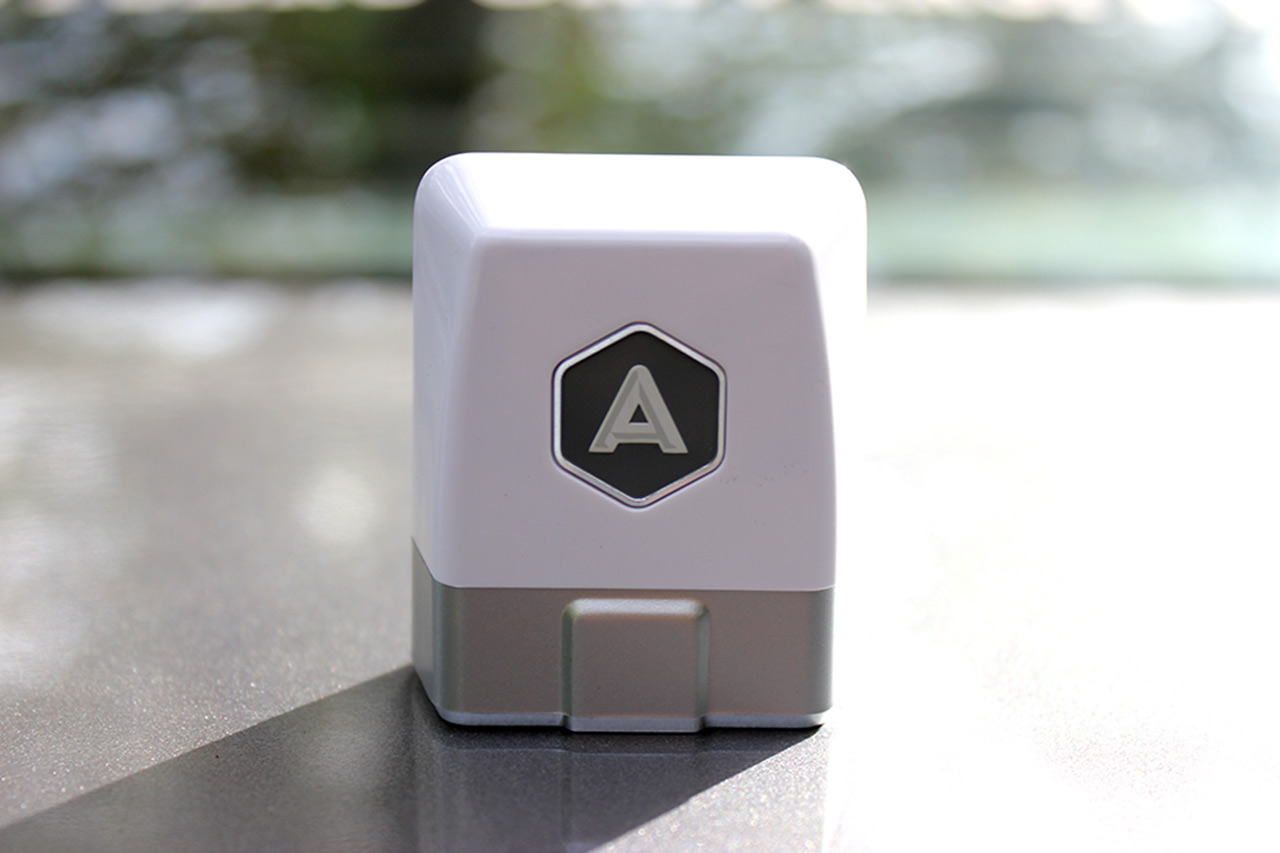 Of course, the (currently iOS-only) app plays a big role in all this too as the Link connects to your smartphone via Bluetooth 4.0 Low Energy. You can’t glance down at your phone in-the-moment for immediate status updates — the only feedback you’re getting while driving is those audio notifications — but it dutifully chews on all of that data post-drive to show you your route and how many of those driving faux pas you made on the road. It also displays a rough estimate of your fuel economy, and I do mean rough — some quick, back of the napkin calculations gave me figures that weren’t always as peachy as the ones the app displayed. Automatic says this is a known issue though, and they’re apparently working on improving accuracy.

All of those metrics get boiled down into a single weekly score so users can easily track their progress over time.

And thankfully, there are some features that I haven’t had to use yet. In the event that your car throws up a Check Engine light, the Automatic app is capable of showing some detailed information about what may be causing it and how to potentially fix it. And if you’ve got Crash Alert enabled, the Link will be on the lookout for the sort of incredibly hard stops that usually signify, well, a crash. In the event it detects one, it collects your location information using your phone’s GPS and attempts to send it along to the local authorities by way of Automatic’s backend servers. It’s exclusive to the U.S. and still very much in beta though — Automatic admits that at this point there’s no guarantee that any nearby police stations or fire departments will respond.

There are, as always, some caveats to be aware of. While years and years worth of cars physically have an OBD-II port somewhere, the Automatic Link can’t decipher the data from every single one of them (you can check your car’s compatibility here).

That crucial Bluetooth connection presents some problems of its own too — if you’re the type of person who relies on Bluetooth to stream your music through your car stereo or access your contact list on the go, you may to have to decide which of these experiences means more to you. Then again, there’s a fair to middling chance that if your car came with Bluetooth functionality out of the gate, it’s already going to replicate some of the Automatic Link’s more basic features.

And you know what? That’s just fine. My car rolled off an assembly line in 2006, which was apparently the model year just before the one when neato options like AUX inputs and in-dash fuel economy gauges became standard fare. A drill and a $15 gewgaw from Amazon fixed that first problem, and now a $99 gadget + app combination have taken care of the latter for me (and then some). On some level though, I just wish the Automatic system did more — I’d love a web view that lets me dig into all this information in aggregate, and some maintenance reminders every few thousand miles since I’m probably running a little behind on that too.

Now this is all well and good, but there’s a bigger question to tackle: am I actually a better driver?

Well, I’m getting there. The thing to remember about Automatic is that it isn’t going to magically make you a more conscientious driver — you have to work at it. The name of the game is behavior modification through better data. In that sense the Automatic dongle is a sort of Fitbit for your car, a reasonably inexpensive doodad that shines a little more light on what you put your car (and your wallet) through on a weekly basis. Exactly what you do with that data is entirely up to you.

In my case, I’ve slowly grown to be a bit more thoughtful on road in the two or so weeks since I first jammed the dongle in my ODB port. That’s not to say that I’ve given up my leadfoot tendencies completely — sometimes you just need to crank things up a bit — but I’m noticeably more cognizant of how fast I’m going at any given moment. It’s even gotten to the point where I finding myself driving as close to 70 MPH as possible without actually going over, even when the Automatic isn’t plugged in.

It’s also not meant to be a replacement for more robust, capable ODB scanners. Needless to say, dyed-in-the-wool car buffs may not find enough value here to warrant a purchase. The same goes for people who are more than happy putting pedals to the metal on a regular basis — chances are they’re not planning to change their behavior very soon. But for cost-conscious consumers? Or people like me who actively want to change their driving style? The Automatic experience is worth the asking price, and with any luck it’ll only get better with time.