Google’s fall harvest of new products includes some new Chromebooks, including an adorable and pugnacious little whippersnapper in the HP Chromebook 11. With its smooth, unmarked white plastic lid, you could mistake it for the white polycarbonate MacBook’s younger brother – but HP’s cute little Chrome OS notebook doesn’t quite fill those mighty big boots.

The HP Chromebook 11 shares similar design roots with the Chromebook Pixel, which is a good thing. That means it’s spare, with an outside case that opts for minimalism, showing only the now-signature Chromebook thin band of light, which uses Google’s trademark color palette. One of those colors is also used to accent the device, with a border around the keyboard and four rubber pads on the underside of the machine used for grip.

Of course, unlike the Pixel, the case is plastic, and it feels cheaper accordingly. I also noticed some give in the bottom panel, and the glossy white surface picks up fingerprints like crazy. But the rounded edges, slim, low-profile design and absurdly low weight (just over 2 lbs) combine to make the HP Chromebook 11 a pretty impressively designed machine for $279. Besides the Pixel, this is definitely the most attractive and ergonomically appealing Chromebook.

While on the surface, the Chromebook 11 is great, inside, it’s basically packing the guts of a mid-tier smartphone. And it shows. The Chromebook 11 is snappy to start up, wake from sleep and resume thanks to its flash memory, but it’s sluggish with image-heavy websites, with a fair amount of load/scroll lag, and it plays back 1080p streaming videos decently, but not with the polish you’re used to from even top-tier smartphones.

Of course, the ARM processor means that it can get around 5 or so hours of battery life on a full charge, despite its lightness/small size. And it also means it can charge via microUSB, which is pretty cool since if you’re an Android phone user you can just carry one charger around. But the five hours of battery life is actually just okay when you consider that the new Acer C720 is rated at 8.5 hours of use, and even the notoriously piggish Chromebook Pixel gets about the same.

Overall, the Chromebook 11 is a myriad of compromises: its behind-the-keyboard speakers are pretty decent, and save space in the chassis, but also sound weird when you’re doing something like typing while listening to music, since your hands are constantly blocking different parts of the speaker. And while the streamlined case with its four ports (microUSB, 2x USB 2.0 and one headphone jack) adds to its minimalist design appeal, you find yourself wishing there was at least an SD card slot thrown into the mix. Likewise, the low-quality front-facing webcam is nice-to-have, but it feels like you’ve hopped in a time machine to when USB cameras were just invented.

That 11.6-inch display, while loads better than the one on, say the Samsung Chromebook (overall construction is better, too), it’s still probably not as high-res in the one you’re currently carrying in your pocket. It does have good color rendering and good viewing angles, however, which again is impressive at this price point. 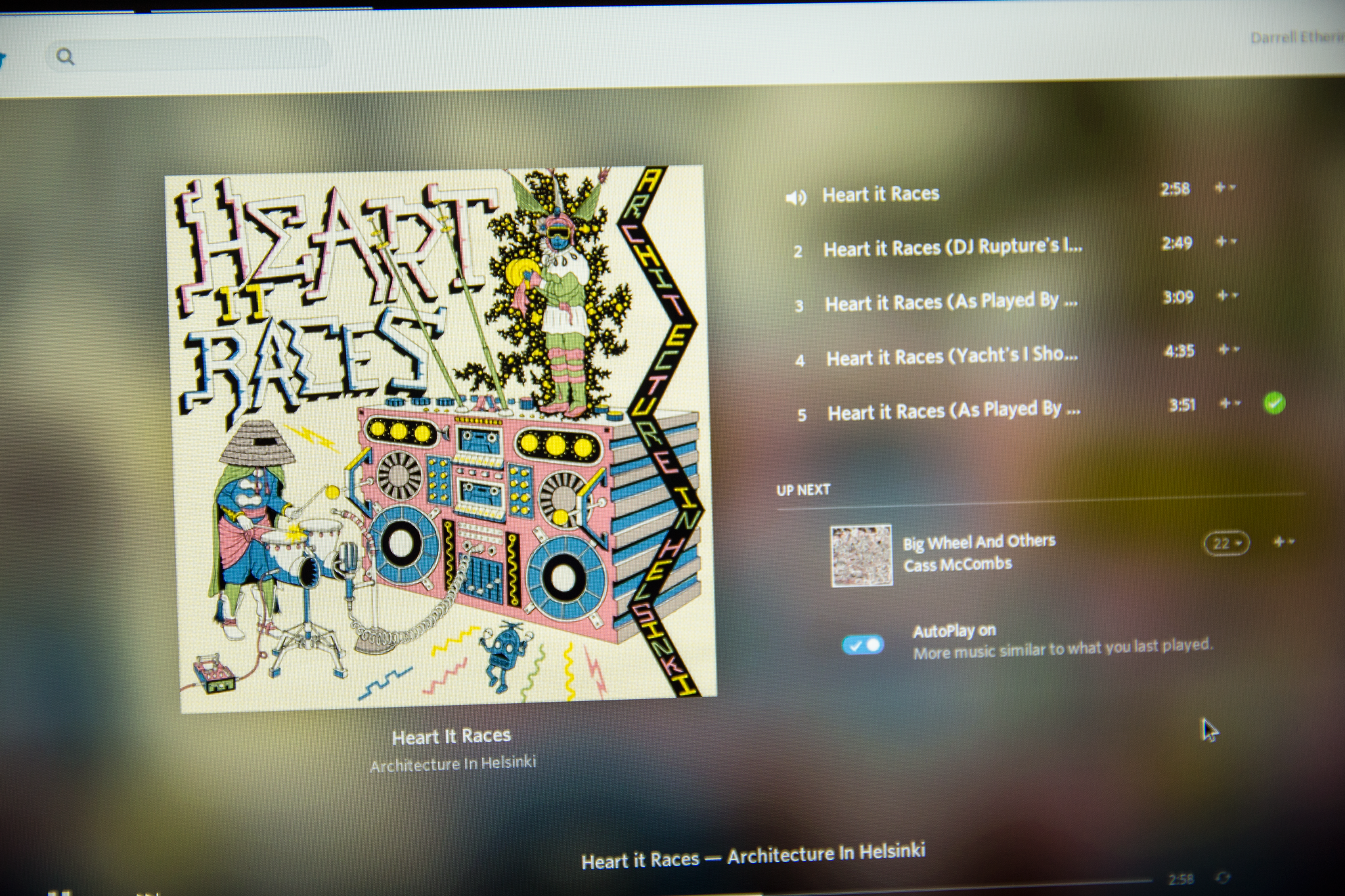 The aspect ratio makes this a great notebook for watching movies, and it’s the best I’ve seen so far on a computer this cheap, Chromebook or otherwise. If the screen’s a priority, you can’t go wrong with the HP.

The Chromebook 11 is supposed to get around five hours of battery life, and with conservative but acceptable normal use, I found that to be the case. It’s not terrible, but it is disappointing, because with a longer-lived power source, the Chromebook 11 would make a very excellent back-up machine for professionals who need to make sure they’re constantly connected, with a full desktop browser.

At $279, it’s hard to fault the HP Chromebook 11 too much for what it manages to deliver, but with Google really stepping up its low-cost Chromebook lineup, just being a good-enough machine at that price isn’t going to cut it for much longer. That said, if you’re looking for a second device that essentially replicates what a docked smartphone could offer, but with a little more flexibility with web apps thanks to Chrome OS, this is a great throw-in-the-bag-and-forget-it option thanks to its size, weight and remarkable screen.