It’s not a bad motto, and it’s one that Dave McClure’s 500 Startups seems to be taking to heart. After all, it had just recently closed Fund I when an SEC filing dropped alerting us all that it was raising another $50 million for Fund II. And now that the ink is dry on that one, with 500 Startups closing out at its second fund at just over $44 million, it’s apparently time to go back to LPs again and start asking for more.

This time, the investment firm is seeking $100 million to make seed-stage and follow-on investments, according to an SEC filing.

The new fund is being raised just three years after 500 Startups first started writing checks, and as the investment firm is rapidly expanding. 500 Startups now has 30 employees, including 10 who are making investments. It has a fairly international presence, with employees in Brazil, Mexico, China, India, and Malaysia, as well as Mountain View.

With a few years under its belt, 500 Startups is also starting to show that it can pick some winners: Some of its early investments include Wildfire, Makerbot, and Viki, all of which were acquired in nine-figure deals. It’s also seeing about 20 percent of the companies it made early-stage investments in raise later rounds.

Companies like Twilio, CreditKarma, SendGrid, TaskRabbit, and 42 Floors have taken on Series B or later rounds of investment. (For more, check out this infographic 500 Startups is likely sending to LPs as we speak.)

Earlier this month, McClure told me that 500 Startups was seeing about 15 percent to 20 percent of its investments move on to later rounds of funding, but as it matures it expects that to increase to about 25 percent. That increase is expected even as the firm plans to write more checks than ever over the next year.

After investing in nearly 600 companies through its first several years, it’s aiming to make at least 200 investments in the next year. In our conversation a few weeks ago, McClure said that it will probably increase the pace by about 25 percent per year as it continues to add more support staff and investment partners.

As expected, 500 Startups has declined to comment on the new fund. 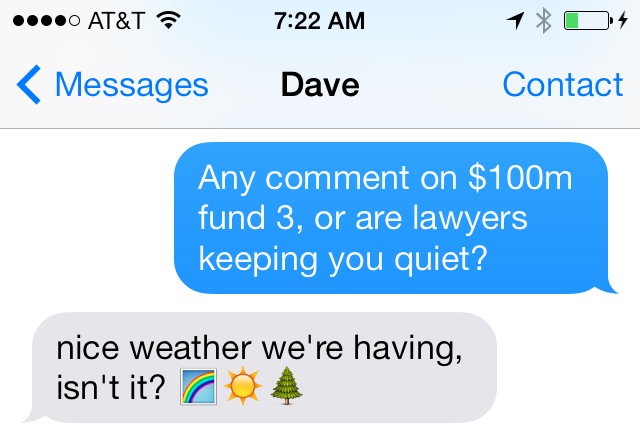